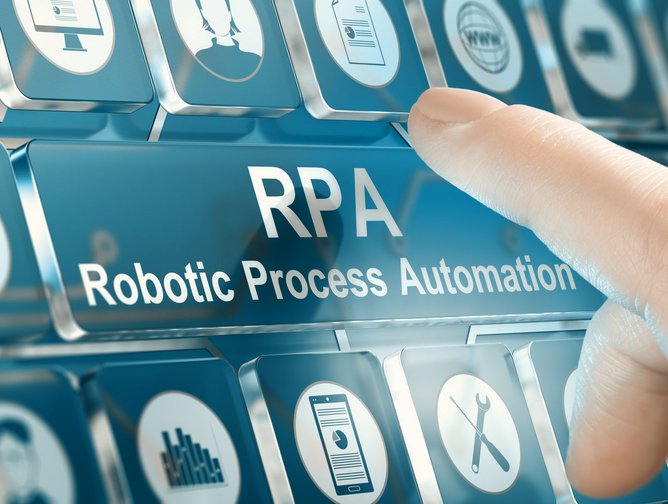 Staff shortages, rising costs, broken supply chains and productivity gaps are testing global organisations as never before. That has left many firms exposed because they are still too reliant on traditional ways of working, revealing their age in these fast-changing times.

For some, the only way to create a more resilient workplace in such an environment will be to invest wholesale in innovative technology. For others, the solution lies in using their existing technologies more effectively, and the latest key to releasing that potential is investing in hyperautomation.

A recent arrival on the scene, hyperautomation as defined by Gartner who coined the word, is described as “… a business-driven, disciplined approach … to rapidly identify, vet and automate as many business and IT processes as possible… [involving] the orchestrated use of multiple technologies, tools or platforms”.

This contrasts with what we might consider standalone automation, the impact of which is generally confined to specific workflows or departments.

While this may be useful and deliver a degree of improved efficiency, it’s not a business-wide, transformational strategy.

Hyperautomation, on the other hand, brings together disparate tools to connect previously unconnected functions and departments, essentially facilitating the automation of automation, which is what makes it such a powerful tool.

So, if, for example, we take a technology like robotic process automation (RPA), which is highly effective at automating repetitive tasks, then integrate it with artificial intelligence (AI) and machine learning (ML) systems, we get a ‘multiplier effect’. Structure is brought to previously unstructured content and employees who have previously struggled to find the information they need to serve their customers, suddenly have what they need at their fingertips.

This is much more than a mere marginal improvement when you consider that 92% of employees admit to wasting a day every week fruitlessly searching for the data they need.

By eliminating delays from incomplete processing and reducing the need for manual handling, together with the resulting errors, hyperautomation ultimately improves the customer experience lifecycle, ensuring customers are, and remain, happy in every interaction.

And the benefits extend beyond mere process and productivity improvement. Hyperautomation can also help businesses meet one of their biggest challenges right now – recruiting the right staff.

‘The Great Resignation’ that came after lockdown has put employees firmly in the driver’s seat. Not only have salaries risen by as much as 43% for new starters, but having remote working baked into a contract is now assumed rather than something to be negotiated.

Employers not offering the conditions, tools, support or job satisfaction that employees now expect, are finding it increasingly challenging to recruit or retain the quality workers they need. Here again, hyperautomation has a role to play, enabling employers to create more attractive workplaces by removing the dull, unfulfilling activities that blight many people’s working day.

Hyperautomation has the potential to take away the drudgery of labour-intensive, stress-inducing processes, allowing employees to focus instead on more strategic tasks that are not only of higher value to the business but also more pleasurable and rewarding in themselves.

So, rather than being a threat to jobs as some might initially think, hyperautomation is actually a positive way to enhance job satisfaction.

Getting started with hyperautomation

If the benefits of hyperautomation are obvious, the question is how to get started?

As a first step, companies need to understand what issues they are trying to address. That means performing an organisation-wide mapping exercise to fully appreciate what is happening at every stage of a workflow. They can then start to work out how to bridge the gaps between currently isolated ‘islands’ of task automation, and to identify the KPIs that need to be met.

Only then can they begin to consider what new tools they will need.

Who should take ownership of such a project? An organisation’s continuous improvement team, if there is one, would be a good candidate for carrying out the initial analysis into what hyperautomation tools are needed and how they might work together and be integrated into the company’s processes.

This means companies themselves taking on the responsibility of sifting through available technologies to identify those that offer the outcomes they want, then identifying potential vendors — given the inherent vastness and complexity of individual requirements, it’s unlikely there will be just one that can meet all their needs.

In response to the current shortage of software developers, IT departments are also increasingly championing the adoption of no and low-code software, which enables others in the organisation to independently create the applications they need.

Of course, it should go without saying that responsibility lies with individual companies to ensure there is sufficient interoperability between the different platforms, tools and technologies being proposed. As well as AI, ML and RPA these can include event-driven software architecture, business process management (BPM) and integration platform as a service (iPaaS), along with other decision processing and task automation options.

And finally, it’s important to realise that implementing technology improvements is only one aspect of hyperautomation. Employees themselves have to be brought up to speed to become far more data literate.

In parallel, organisations need to communicate the value the technology will bring, to help improve day-to-day operations and focus on high-value tasks. That’s essential, as the winners in our new business landscape will be the ones better able to turn raw data into deep, insightful knowledge.

Tim Hood is Vice President – EMEA and APAC of Hyland.