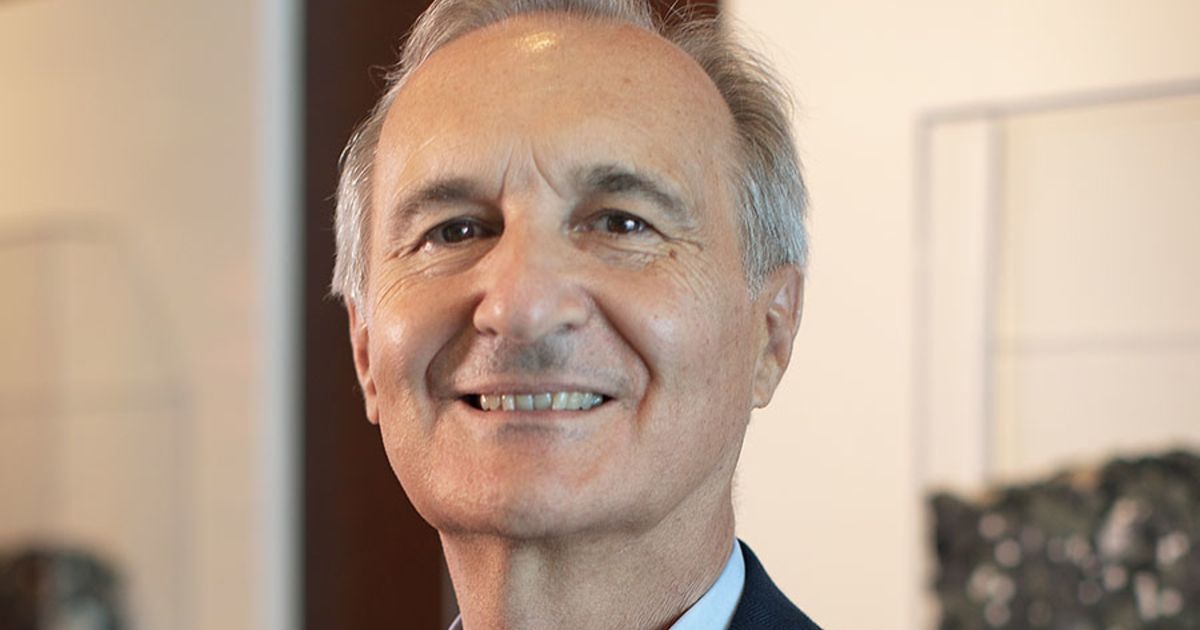 Qualcomm is swiftly signing up carmakers to use its new automotive-grade Snapdragon system-on-chip processing units and connectivity modems. In doing so the U.S. tech specialist is often bypassing the Tier 1 suppliers that provide the solutions that will use the chips. New customers include Volvo and Renault. Qualcomm’s Europe chief, Enrico Salvatori, who has been with the company since 2003 spoke to Automotive News Europe Correspondent Nick Gibbs about how the company can help auto companies tap into its smartphone expertise.

Generation 3 versions of your automotive grade Snapdragon chip will be added to cars such as the Opel/Vauxhall Astra and Peugeot 308. Meanwhile, Generation 4 will form the basis of the Snapdragon Digital Cockpit Platform that Renault will use to develop its next generation of cars. What does Generation 4 add?

Generation 4 is an evolution that improves several technology streams. We are increasing performance of the modem, the GPU [graphics processing unit], the CPU [central processing unit] and of AI [artificial intelligence]. These improvements link to the digital chassis. The chassis is a system-level integration with telematics, the cockpit and the ADAS [advance driver assistance system]. You can achieve this with Generation 3, but Generation 4 will make the integration of the three domains perform even better. It’s about keeping the three domains integrated and talking to each other, exchanging data will enable better performance optimization and user experience for the car manufacturer.

What do automakers want from you and how does the chassis help that?

Today the chassis is easy. One customer is already using telematics and infotainment from Qualcomm. The ADAS element is the new domain that has to be integrated, up to Level 2, and with Dragon Ride to Level 2+ and Level 3 [which will offer full-autonomous driving under certain conditions]. This is happening now. For example, we are collaborating the BMW on ADAS and they are already customer for telematics.

What would be a good analogy with the human body?

The digital chassis is the skeleton and the chipset is the heart because it pumps all the data round the body.

Who are your rivals?

Nvidia is definitely a solid competitor in the ADAS and infotainment.

Why as a Tier 2 player are you announcing partnerships with automakers? Where is the Tier 1 middleman?

Because the traditional Tier 1 and Tier 2 go-to-market model has evolved. The level of innovation that we are introducing in the car is forcing the automaker to go directly to the SOC supplier, to the technology innovator. We need this because to design our roadmap for the chipset and software, we have to go directly to the automakers to understand their requirements. But we work with all Tier 1 players, such as Bosch, Marelli, Continental, Valeo and Harman.

Is this why you have an R&D contract with Renault rather than a supplier contract?

It’s a collaboration, not a contract. But it is definitely a win-win scenario for the automaker and for Qualcomm to work together. They can influence our technology roadmap to implement their requirements, and we get to know well in advance what is going to happen in the car environment. The automaker is an important partner for us because we can understand in advance how many screens there will be, what the time-to-reaction is on the touch, which information is needed for safety, things like that.

Where do automakers differ from mobile phone companies that you work with? What would you like to change?

First of all, the constraints in the automotive environment are much more severe than in the commercial smartphone environment. This has an effect on chipset design, which is one of the biggest efforts for us. Another big difference is the product life cycle. In automotive, a product typically has to be available even in terms of spare parts for 10 years or more. In the smartphone business, the life cycle is a year, and there are no spare parts to sustain.

Can you reuse smartphone tech in automotive applications?

We are using most of the technology we designed for our smartphones business. The GPU, CPU and Wi-Fi modem are coming from the original smartphone tech. In the car you sometimes need to support three to four displays at 4K resolution. Obviously, we don’t have anything like that in the smartphone.

There is also legacy technology carried over from older vehicle models for cost reasons. How constraining is that?

The major shift in the car design happening now is moving from the original distributed intelligence based on many microcontrollers but not connected to each other to the new architecture where we have a central computer CPU that is controlling all the different elements. Because it is high performance and you can control so many elements, there is also an evolution in the technology.

Does that mean now is the time to redesign the tech?

Of course, automakers want to reuse as much as of the existing architecture as possible but the move to electrified cars is the opportunity to start again because they need to redesign the chassis, the car and all the different peripherals. That is why this is all happening now.

What is the danger if they don’t undergo a complete redesign?

The question is whether the old technology with the microcontroller architecture can really support the new chassis. We don’t think so. Before the elements can talk to each other, they need to exchange data — in real time — to understand what is happening inside and outside the car. With the existing computer, you cannot achieve autonomous driving or even Level 2.

Do you make your own chips?

No, we don’t have foundries.

Who makes your chips and what is the situation with the supply of your chips?

Diversification of the supply chain is critical now. We work with foundries such as JMC in Taiwan, Samsung LSI, GlobalFoundries and UMC. We work with all of them. First of all, the picture is improving a lot in 2022. There is still some stress, but we expect to have an even better situation especially in second half of 2022.

What is your European market share of this side of the autos business and what would you hope to build it up to?

I don’t know about the share. I can tell you that in telematics we have a very good position because of the transition to 5G. We are in more than 150 million cars worldwide.

You say you have a pipeline of awarded contracts in automotive worth $13 billion. Can you break that down for Europe?

Europe is a big contributor because of the numbers. Most of the innovation in terms of automakers is happening in Europe.

What sort of services can 5G bring to enable automakers to ramp up digital services income?

5G is helping in the services but also in terms of over-the-air software updates so that it’s possible to achieve the software-defined platform without changing hardware. That is a benefit for the car platform. There is also a huge bandwidth that 5G is serving so that impacts the infotainment because you can download a video or whatever in a short period of time.

Monetization is difficult if the device they are downloading into doesn’t belong to the car, right?

There are new business models that can be applicable to the car only. For example, you can affect the performance of the engine for three or four hours by adding another 50 hp highway driving. That’s something we can do in real time. But we see a lot of activity in the direction of entertainment.

Are you on a revenue-sharing model?

No. This is done under the classic business model, but the car industry is in many discussions about introducing innovation in the business model. We are participating in the discussion.

Continental believes what the car industry lacks is an overriding software platform that everybody can just plug into. This would be a bit like what Android is for mobile phones. Do you agree with this idea?

At the moment, we are using an approach based on a hypervisor, a kind of interface that is enabling us to use more than one OS [operating system], such as Android, Linux, QNX together with the main OS environments. Thanks to this hypervisor software we can interface multiple environments. We want to have an open hardware platform that is able to support many OS environments, many software ecosystems. It’s healthy to have a fragmented system environment because innovation is happening in many directions. Based on what we have experience in the smartphone business, we consider the fragmented software ecosystem as a way to accelerate innovation. Of course, is important to identify a common element on the hardware and on the software because this can create economies of scale.

Does that mean you don’t want to see automakers going down the Apple route?

Well, Apple is another customer… Because our business model is horizontal, we want to make the platform available to everybody. We do not support the vertical model where a player is doing whatever he does, but not making it available to anyone else.