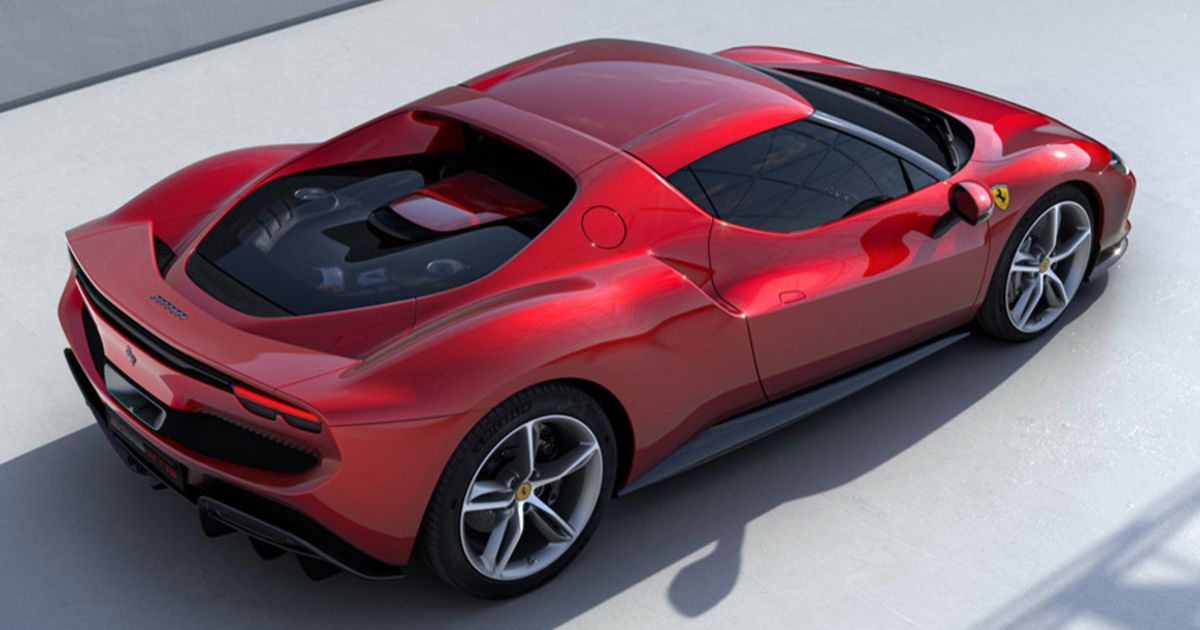 The Ferrari 296 GTB’s numerous innovations include something special for the ears.

No, it’s not a high-tech, multi-speaker entertainment system.

This advancement ensures the sport car’s occupants get to enjoy every note coming from the 296 GTB’s 645-hp, V-6 engine.

Ferrari says the addition of turbochargers and after-treatment systems have gradually dampened its engines’ distinctive sounds, which are revered by the brand’s loyal customers.

Ferrari sound engineers also wanted to make sure the new V-6 engine could match the high-frequency notes of a naturally aspirated V-12.

The solution was to use a so-called “hot tube” that amplifies the sound from the exhaust manifolds, while a “cold tube” takes care of the air intake sound (see graphic, below).

The engine’s melodies are fed into the cockpit before they get muted by the 296 GTB’s turbos and its gasoline particle filter.

Both tubes have a special membrane that acts as a resonator. Acoustic vibrations travel through two separate systems of tubes, bringing frequencies from inside the engine to the cabin.

The big challenge for Ferrari’s engineers was to make the resonator as durable as possible but also as flexible as possible so it can transfer all the engine’s frequencies, Palermo said without revealing any of the tricks used to achieving this balance.

A similar system is used in the F8 and the SF90, which have turbocharged V-8 engines.

No such system is used on Ferrari’s front-mounted naturally aspirated V-12 models such as the 812, or the brand’s range of GT cars such as the Ferrari Roma and Portofino M.

There is one drawback to the 296 GTB’s system: It increases the overall noise level in the cabin, Ferrari said without revealing by how much.

The sports car maker isn’t worried, however, because that extra noise is like music to its customers’ ears.