Despite a healthy economy, Germany lags behind when it comes to bringing its industry and public sector into the digital age.

This Wednesday, the government presented its new three-year plan on how to turn things around.

The release of the strategy comes as digital shortcomings plague the country across sectors: For a long time, Germany has been known as a powerhouse of engineering, where some of the world’s leading technology is manufactured. But over the last two decades, as the internet became a mass phenomenon, a lack of both investment and technology specialists as well as bureaucratic obstacles have hampered the digital transformation.

Today, the European Union’s Digital Economy and Society Index, which monitors digitization efforts across the bloc, ranks Germany only 13th among the EU’s 27 member countries.

Meanwhile, cutting-edge technology in fields from artificial intelligence to quantum computing is mostly developed in other parts of the world such as the US or China.

That has made Europe’s richest country increasingly dependent on hardware and software from abroad — and that’s a problem, according to Germany’s government. 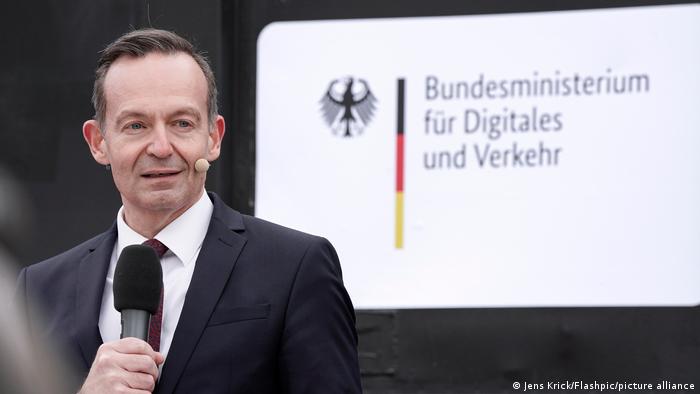 “A digital awakening” is needed to make the country more self-reliant, according to the 52-page document by the government.

One is to boost “digital sovereignty.” For instance, Berlin plans to ramp up investment in areas such as software development or the production of microchips.

The government also wants to speed up the rollout of fast internet connections and build more cell towers across the country. By the end of 2025, half of all German households are supposed to get access to fast fiber optic connections, and by the end of 2026, the country wants to get rid of mobile dead zones.

Other measures include digitizing health records, and digitalizing administration so that registering a vehicle or applying for an ID can be done online. There are also plans to analyze mobility data to improve the country’s train and car infrastructure and to use modern technology to help Germany fight the effects of the climate crisis.

Not the first attempt at a digital strategy

As early as 2014, Germany released its first national “digital agenda.” Since then, several other strategy papers have followed. But repeatedly, targets were missed or postponed.

Take glass fiber internet, for example: In 2016, Germany’s economy ministry released a plan to roll out connections nationwide by 2025 — a goal that has since been pushed back by five years.

Now, the new government which took over last December, says it is determined to do things differently. That is why the new strategy, unlike previous ones, defines benchmarks that Berlin plans to meet within three years.

“Those concrete goals will allow us to get straight to work,” Digitization Minister Volker Wissing (FDP) said, as he presented the strategy on the sidelines of a government summit. 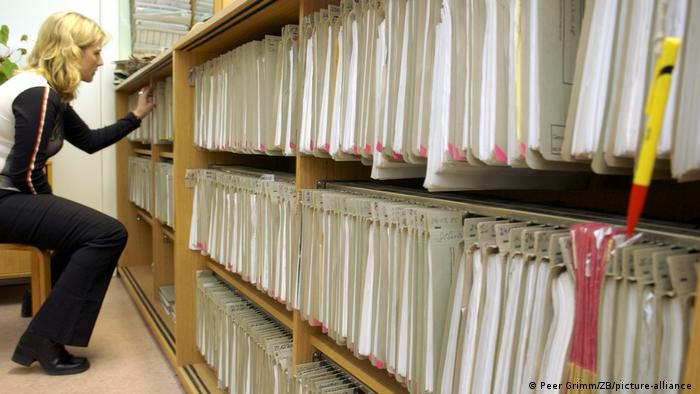 In Germany, government agencies still work with a lot of paper

Supporters of the plan argue that the new let’s-get-to-work approach will help the country gather speed and catch up with other nations.

But critics such as the lobbying group Association of the Internet Industry(eco) say the strategy lacks ambition and will not suffice to make Germany a world leader in digital technology.

By mid-2025, people in Germany will know whether the goals set in the strategy paper have actually been reached. That is when Chancellor Olaf Scholz’s government will evaluate government agencies’ efforts.

Digitization Minister Wissing seemed eager to dampen expectations. For now, he said, the goal was for Germany “to move into the top 10” of the EU’s Digital Economy and Society Index.

“We remain ambitious,” he said, adding: “But let’s also be realistic here.”

While you’re here: Every Tuesday, DW editors round up what is happening in German politics and society. You can sign up here for the weekly email newsletter Berlin Briefing.