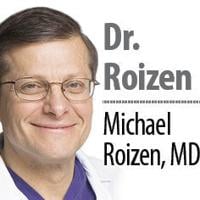 A: You’re already acting smartly! The time to think about protecting your brain from cognition problems and dementia is as early as possible, and it definitely is important when you reach your 40s and 50s.

It’s true that as you age, there’s naturally some brain shrinkage, but you want it to be as little as possible since it’s associated with dementia. The good — and tasty — news is that researchers have found an important key to preserving your brain power. Their study, published in the Journal of Alzheimer’s Disease, looked at the dietary habits and brain volume of 20,000 folks aged 40 to 64 and discovered that those who ate a plentiful variety of vegetables, fruit, grains and healthful oils had more grey matter and larger brain volume than folks who ate fewer of those foods.

In the study, the brain-healthiest diets ditched fatty meats, highly processed foods and excess saturated fats, and opted for a plant-centric approach with plenty of produce and grains, and lean animal proteins, such as salmon and skinless poultry.

These nutrient-packed foods not only nurture your brain directly, they also protect your cardiovascular system — and that adds another layer of brain protection. A healthy heart and clog-free blood vessels supply your brain with needed oxygen and nutrients.

One more tasty way to boost that benefit: avocados. A study found that eating at least two servings a week reduces your heart attack risk by 21%. And replacing half a serving a day of margarine, butter, egg, yogurt, cheese or processed meats with the equivalent amount of avocado was associated with a 16% to 22% lower risk of cardiovascular disease. One serving of avocado equals one third of a medium avocado. Just as heart healthy: Enjoy 1/2 tablespoon of olive oil or 21 walnut halves daily — or a mixture of the three!

Q: I used to get bad migraines, but now in my 50s, I don’t have head pain, but I get episodes of being nauseous, fatigued, and stiff and achy. My doctor says it is all part of what he calls migraine disease. What does that mean and how can I handle it better? — Sylvia W., Santa Rosa, Calif.

A: It’s taken a long time, but we finally understand that migraines are not simply a type of headache; they’re a sign of a complex neurological disorder that can affect the body in many ways and produce very individual symptoms and patterns of attacks.

Some folks experience the pre-migraine aura of flashes of light or blind spots — that’s called a silent migraine or acephalgic migraine — but never go on to get the headache. The American Migraine Foundation says that there are also times when a migraine is preceded by what’s called a prodrome, which can trigger extreme tiredness and yawning, irritability or moodiness, difficulty concentrating and/or food cravings. It’s possible that a prodrome may be associated with your symptoms. Or it may be some other neurological syndrome.

Whatever the cause of your symptoms, it makes sense to become aware of triggers — just like you would do for a migraine headache — and to talk to your doc about trying migraine medication.

Triggers may be highly stressful situations, overexercise or too little physical activity over a period of three days, certain foods, sleep disruption and hormonal shifts. Stress management and biofeedback have been found to help reduce the frequency and severity of episodes and are worth a try.

There also are a variety of medications that might help disrupt an episode when it begins or prevent it altogether. One newer med, ubrogepant, when taken at the first sign of symptoms, helps stop inflammation in the brain that’s thought to trigger an attack. Ask your doctor what might be smart to try. Good luck.