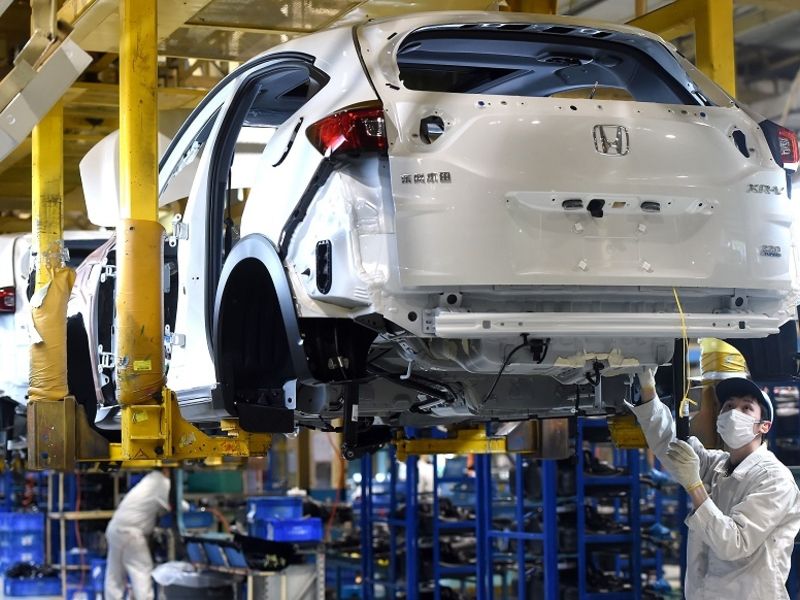 TOKYO — Honda swung to a quarterly profit as its vehicle sales recovered from the impact of the COVID-19 pandemic.

Strong sales in the U.S. in the quarter contributed to Honda’s improved profit, Kohei Takeuchi, the automaker’s senior managing director, said during an earnings briefing on Wednesday.

Honda cautioned that the global chip shortage and rising COVID-19 cases were weighing on the outlook, but it said it had boosted its forecast because of its cost-cutting efforts.

Honda said its China sales had risen only slightly in the quarter because of the impact of the chip shortage.

The automaker suspended production at its plant in Wuhan, China, on Aug. 3 because of a COVID-19 case cluster that developed at one of its parts suppliers, its executive vice president Seiji Kuraishi told reporters, though he said the stoppage was not expected to last long.

Honda has an ambitious plan to go all-electric by 2040 and make highly autonomous cars a reality.

Despite spending heavily on research and development, the automaker’s high-tech plans have not borne much fruit and the company has struggled to balance being financially savvy while still spending enough to realize its transformation goals.

The operating profit margin for its car unit has improved but is still relatively low at 3 percent versus a margin of 15.6 percent for its motorbike unit.

Honda plans to rectify that in part by teaming up with bigger carmakers, helping it to fast-track its EV ambitions.

It struck an agreement with General Motors last year to jointly develop two new EVs using GM’s Ultimum battery platform. The relationship is complementary, too, considering Honda’s strength on the east and west coasts of the U.S. and GM’s strength in the interior.

Honda’s new CEO Toshihiro Mibe, who took the reins in April, also has the right background, on paper at least, to propel Honda to next-generation success.

His engineering qualifications should enable him to lead the shift to EVs, considering that if leaders do not understand the technical side, “it would be hard to make it work,” said Takeshi Miyao, managing director at auto consultancy Carnorama.

Honda is bolstering its in-house expertise in self-driving vehicles by diverting more engineers to their development.

It was the world’s first automaker to unveil a so-called Level 3 car, in March, but so far has only leased about 80 of the 100 Legend units it planned to corporate customers, making a decent return on investment tough.

Mibe has said he wants to develop Level 4 self-driving cars but has cautioned that sort of technology in regular passenger vehicles may be some time off.