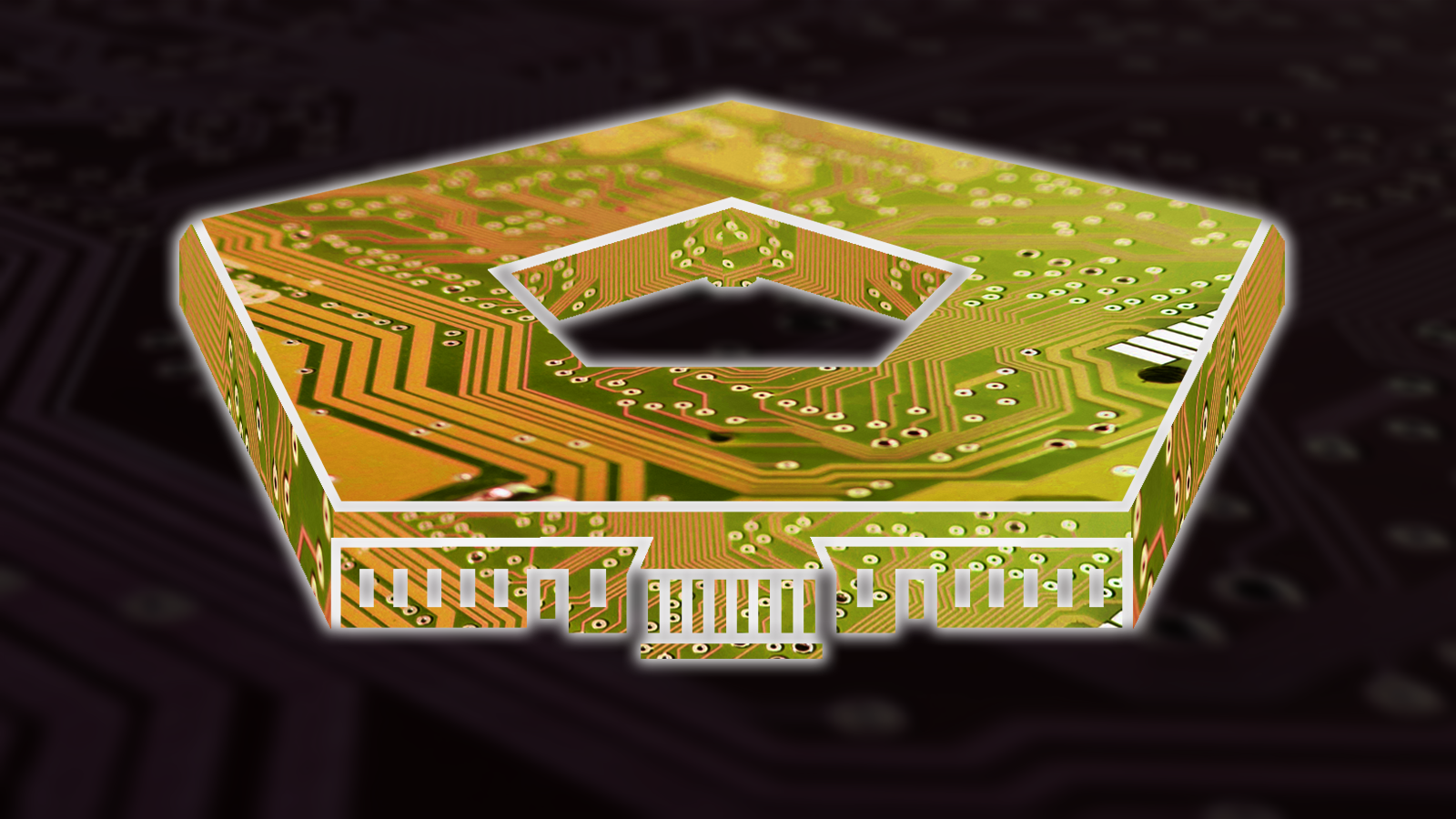 The Pentagon, but digitized. (Graphic by Breaking Defense. Circuit photo by Pixabay.)

Testifying in front of the Senate Armed Services Committee subcommittee on cybersecurity, Andrew Moore, vice president and director of Google Cloud Artificial Intelligence, said he’s encouraged by the creation of the CDAO, but is worried about lawmakers’ support of DoD’s AI efforts being “just lots of talk.”

“I wish that person great success. This is how we’re going to succeed… by having a centralized effort to put an artificial intelligence strategy across the whole DoD,” Moore said Tuesday. “What I worry about… for this individual, is whether they are going to get enough support from the government and from the center of DoD to actually make changes that are needed. Because you cannot just magic AI on top of existing systems, you have to think about how you’re going to change operations. So please give support to your central AI leaders.”

The Pentagon in April announced Craig Martell, now former head of machine learning at Lyft, as DoD’s first CDAO. In an exclusive interview with Breaking Defense, Martell acknowledged the downside coming into the role from industry, saying, “I don’t know my ways around the Pentagon yet and I don’t know what levers to pull.”

The CDAO will be responsible for leading DoD’s strategy for scaling up AI, data and analytics to enable quicker and more accurate decision-making and will also play an important role in the department’s Joint All-Domain Command and Control efforts.

Andrew Lohn, a senior fellow at Georgetown University’s Center for Security and Emerging Technology, said at the hearing that while DoD itself is still ahead of China and Russia in innovation, it has an opportunity to “step ahead of industry in the adversarial context.”

The Pentagon is already increasing its investments in the AI realm, asking Congress to fund multiple efforts in fiscal 2023 and beyond.

According to FY23 budget documents, DoD is seeking $273.34 million for AI/machine learning demonstration and validation, $33.95 million in intelligence support and $76.79 million for the AI and Data Accelerator effort. The funding would be aligned to the CDAO.

“I think part of the challenge we have here is trying to explain and to express to other members here in the Senate just how serious the threats are, but also how great the opportunities are and the recognition that AI is not something that is 10 years away,” Sen. Mike Rounds, the top Republican on the subcommittee, said. “It’s here, it has been here and it is embedded in a lot of the things that we do right now.”