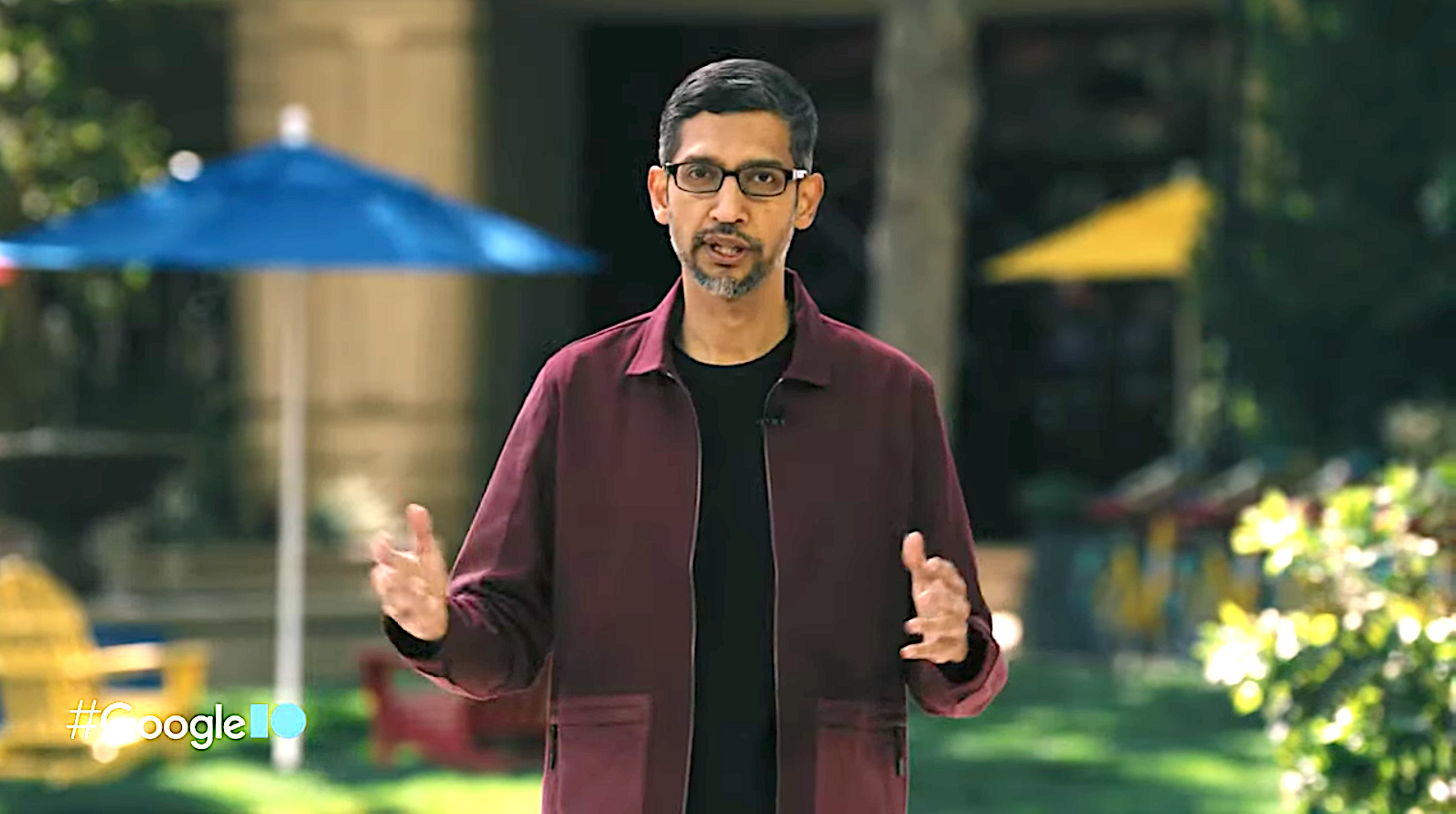 A continued surge in advertising and Google Cloud again boosted Alphabet Inc. as the tech giant reported better-than-expected third-quarter revenue and profit today, but its shares sagged on slight misses in cloud and YouTube forecasts.

Analysts had expected a profit of $23.50 a share, though estimates varied, on revenue of $62.4 billion.

Google Cloud again showed strong growth, as revenue climbed 45%, to just under $5 billion. It posted a loss of $644 million, but that’s way down from a loss of $1 billion a year ago. Still, the revenue came in just under analysts’ forecasts, which may have worried some investors initially given its central role in the company’s future.

Alphabet’s shares sagged a little under 1% in after-hours trading. They had risen about 1.4%, to $2,786.17 a share, in regular trading. Update: After sleeping on it, investors decided the results were a lot better than they first appeared. On Wednesday, the stock was rising almost 7%.

So far Google has escaped the kind of headwinds of Facebook Inc., which reported a mixed quarter Monday on the impact to its ad business from Apple Inc.’s new Identifier for Advertisers or IDFA data privacy requirements on IoS apps, knocking its stock down almost 4% today. While Facebook’s stock price has fallen 15% so far this year, Alphabet’s has soared 56%.

Bank of America analyst Justin Post wrote in a note to clients Sunday that the firm rates Google as its top pick in a group that includes Facebook, Apple, Amazon.com Inc. and Netflix Inc. And Forrester Research Inc. analyst Collin Colburn told SiliconANGLE today that the company “crushed it” thanks to ad revenue. “They are almost completely immune to Apple’s IDFA changes,” he said. “And that’s to be expected because of search’s intent-based buying model, which still accounts for 63% of its ad revenue.”

Still, Alphabet is not immune to the impact of varying economic recoveries around the world. “Uncertainty is the new normal,” Philipp Schindler, Alphabet’s senior vice president and chief business officer, said in comments on the earnings conference call.

“Five years ago, I laid out our vision to become an AI-first company,” Pichai said in prepared remarks. “This quarter’s results show how our investments there are enabling us to build more helpful products for people and our partners. Ongoing improvements to Search, and the new Pixel 6, are great examples. And as the digital transformation and shift to hybrid work continue, our Cloud services are helping organizations collaborate and stay secure.”

Google Cloud posted similar results as in recent quarters, though it remains far behind market leaders Amazon Web Services Inc. and Microsoft Corp. Also, Google Cloud includes Workspace, its range of online applications such as Gmail, Docs and spreadsheets, so the results aren’t quite as comparable to AWS in particular, most of whose revenue comes from core infrastructure as a service, such as computing and storage.

“Overall we continue to see strong momentum” in cloud, Pichai said on the earnings call. “The team is executing well. Security continues to be an area of focus and an advantage for us. Multicloud continues to be a differentiator and we have focused on that from the start.”

“Google is doing well to highlight its advanced AI and clean cloud features, both of which will be increasingly important for customers in the next few years,” Marina Koytcheva, CCS Insight’s vice president of forecasting, told SiliconANGLE.

In advertising, Google Search ad revenue rose 44%, to $37.9 billion, while YouTube revenue rose 43%, to $7.2 billion, a bit under analysts’ forecasts of $7.4 billion. Google Network ad revenue, which is from ads syndicated on other websites and apps, rose 40%, to just under $8 billion.

The company’s “other” segment, which includes Google Play Store revenue and hardware such as Pixel phones, rose 23%.

Alphabet’s “other bets,” which include the self-driving car unit Waymo and the life sciences unit Verily, posted revenue of $182 million, nominally higher than the $178 million a year ago, while losses in the segment rose to $1.29 billion from $1.1 billion a year ago.

The results appear to show that Alphabet and Google are more or less on track in an economy still emerging from the pandemic. Alphabet’s results will be closely watched because they’re a proxy not just for the broader advertising market for commerce in general.

“Google’s results, heavily reliant on advertising, could be a useful barometer for the extent of economic recovery in different countries and regions,” said Koytcheva. “The outlook for the current quarter will be of particular interest, as it will reflect the expectations for the Christmas retail sprees and for the supply shortages due to the global supply chain disruption.”

Google continues to face plenty of regulatory challenges ahead, most recently an antitrust lawsuit filed by the state of Texas that charges the search giant with anticompetitive advertising technology policies and collusion with Facebook to keep ad prices high. Google in July was sued over alleged abuses of its market power in its Google Play app store, which the company called “meritless.” The same month, it was fined $593 million by France for allegedly breaching an antitrust order. And in late June, the European Commission announced an antitrust investigation into its ad business as well as YouTube and Android.