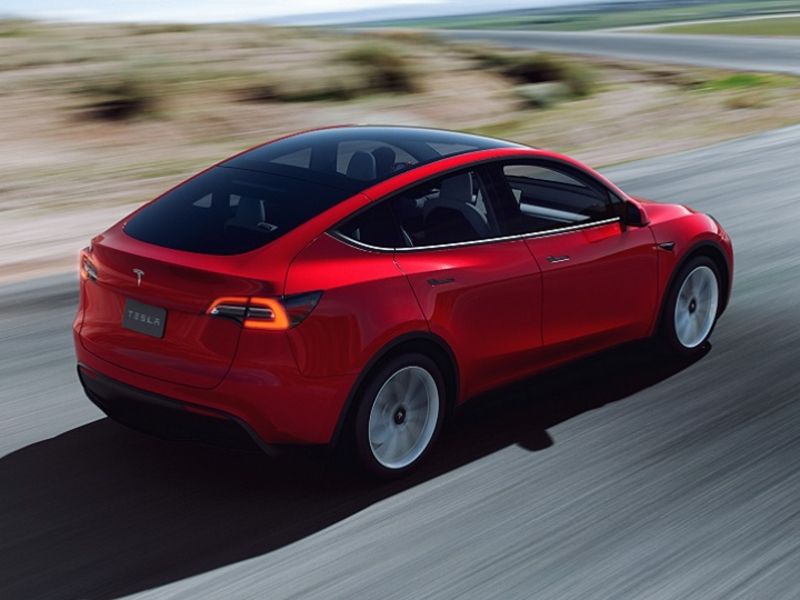 Sales of full-electric vehicles have soared this year because of strong growth in Europe and China, and also because of the microchip shortage as automakers prioritize sales of emissions-compliant and higher-priced vehicles, analyst firm LMC Automotive said.

But the rate of growth could slow in the next few years as emissions regulations become less pressing and the chip shortage eases, freeing up production for diesel and internal-combustion cars. In addition, raw materials issues, especially for lithium, could be a headwind, LMC analysts said.

China has refocused on incentivizing EVs and investing in charging infrastructure, Bedwell said, and sales are up 212 percent this year through September.

“China is driving this year’s leap,” he said. “Once again it’s the powerhouse in terms of global growth in the EV sector. Europe can’t compete in terms of BEV affordability and infrastructure.”

The best-selling full-electric car in China continues to be the Wuling Hongguang minicar. Through September, Wuling brand sales were 250,860, a 972 percent increase year over year. Tesla was the second-best selling electric brand, with 238,975 sales in China, a 255 percent increase.

In Europe, there were nearly 800,000 full-electric cars sold through September, with full-year sales estimated at 1.18 million, representing 60 percent growth over 2021.

Bedwell said the fourth quarter should be especially strong. At the same time, plug-in hybrid sales, at 757,000 through September, will be up 51 percent for the year at about 955,000 he said.

Electrified vehicles have benefited from continued government incentives – France just announced its intention to continue a 6,000-euro bonus on new EVs – and the need to meet the EU’s 2020-21 CO2 target of 95 grams per km.

Bedwell highlighted the performance of Tesla, which has lost market share as new entrants appear in Europe. But the introduction of the Model Y should give the brand new momentum, he said, and Tesla was the No. 1 electric brand in Europe in the third quarter after falling behind Volkswagen and Renault at the beginning of the year.

“Teslas has lost market share as legacy brands roll out EVs, but the Model Y has added a lot of volume and brought Tesla back to the front in Q3,” he said. “They continue to amaze us as to how well they are doing. They continue to be the BEV of choice for tech-minded buyers.”

Bedwell said LMC has increased its market forecast for Tesla and brought forward the launch of a planned car that would slot below the Model 3, although he could not give a date.

One brand that could provide real competition for Tesla is BMW, he said, because of the sophistication of its new iX and i4 models.

What could slow the growth of electrified vehicles is a shortage of a raw material such as lithium, or a supply-chain bottleneck like the chip crisis, said Sam Adham, another LMC analyst.

“If the BEV market is to sustain momentum, it can’t sustain the same supply bottlenecks as chips,” Adham said, adding that cell production is likely to be less of an issue than raw materials, especially lithium, because it takes years to bring a new mine into operation.

Adham said Europe could be self-sufficient in battery cell production by 2023, breaking the dependence on Asian production, given how many new projects have been announced in recent years.

Overcapacity could even be an issue, especially for startups that are not strongly allied with an automaker to guarantee orders. “Manufacturing battery cells is difficult,” Adham said, and established cell suppliers aren’t particularly worried about competition from startups.

What won’t be an issue is competition from diesel engines, which have lost about five points of market share every year since 2016, Bedwell said. He expects about 2.5 million diesel passenger cars to be sold in Europe this year, down from 4.6 million in 2019.

However, diesel volumes are likely to stay flat or increase until 2025 as part of a broader market recovery, he added. After that, they will trail off steadily, and disappear at some point in the early 2030s, LMC says.