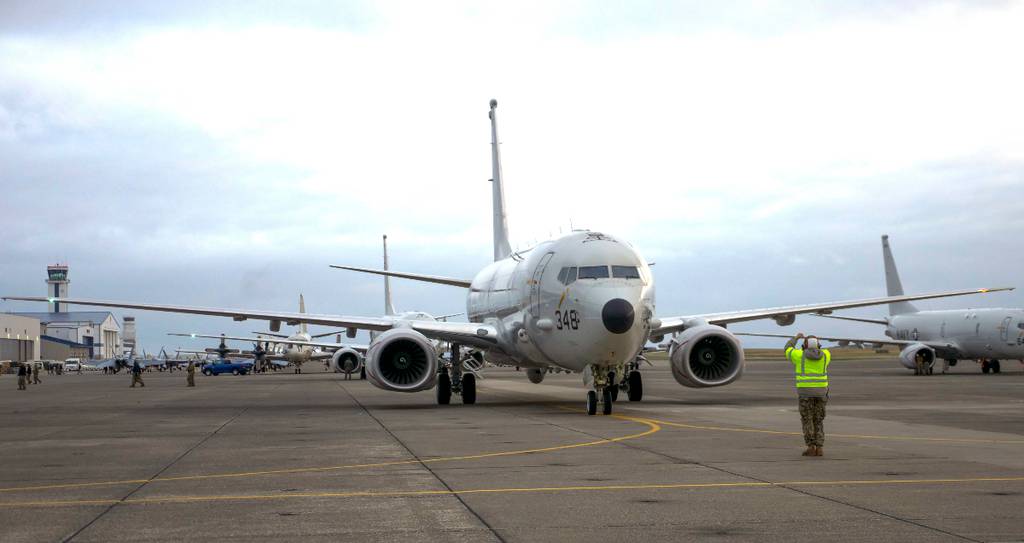 SIEGEN, Germany — German lawmakers have approved a support package for the country’s five Boeing P-8A Poseidon maritime-surveillance aircraft ordered last year for $1.1 billion, as defense officials ponder if more of the planes will be needed.

Members of the parliamentary defense and budget committees last week gave the green light to spend €342 million (U.S. $344 million) on crew training, an initial set of spare parts and future software upgrades. German parliamentary procedures dictate that all investments exceeding €25 million must have the panels’ blessing.

Based in Nordholz on Germany’s North Sea coast, the Germany navy expects to start flying the Boeing-made Poseidon planes in late 2024, replacing the service’s P-3C Orion fleet that officials say is on its last legs. Maritime surveillance and anti-submarine warfare, for which the new aircraft are optimized, play a key role in Germany’s naval defense calculus, as submarine technology is traditionally considered a Russian strong suit.

Meanwhile, questions are still swirling here about how many additional P-8 aircraft, if any, the government will opt to buy. A parliamentary aide told Defense News defense leaders were tasked with submitting an assessment by Sept. 30 about the future fleet size, per a legislative mandate, called a “Maßgabebeschluss,” attached to the 2022 defense spending bill.

Manufacturer Boeing has yet to be approached about a request for additional planes, according to a company spokesman in Berlin. There is also no new foreign military sales case publicized by the U.S. government about what German defense officials and lawmakers close to the Nordholz base say could involve seven extra Poseidons.

Those planes would be bought through an unprecedented defense cash infusion of €100 billion approved by the Bundestag, Germany’s parliament, in the spring. Pressure to spend that money quickly over several years favors off-the-rack purchases, like P-8s from the United States, because Germany’s armed forces can begin using the equipment without lengthy development work.

Notably, defense officials treat the P-8 Poseidon buy, however many it will entail in the end, as an interim solution, according to a defense ministry statement. That verbiage is a nod to a longstanding plan to develop a bilateral aircraft program, dubbed the Maritime Airborne Warfare System, with France.

Those planes are meant to take to the skies beginning in 2035, though France has reportedly cooled to the cooperative program, even more so after Germany’s commitment to the brand new Boeing-made planes.