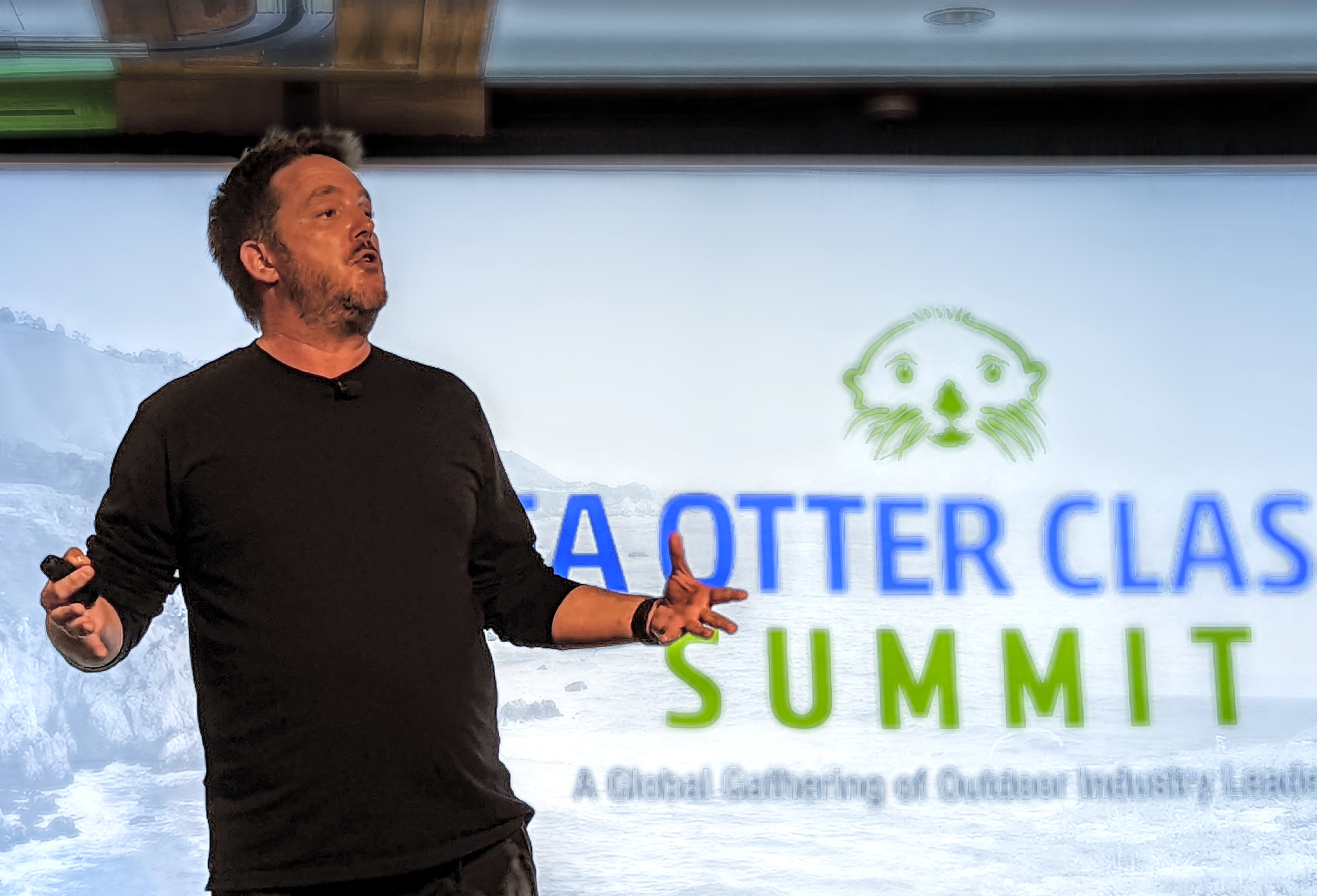 MONTEREY, Calif. (BRAIN) — Chris Riddell told a packed conference room that the development of technology over the next three years could set the trends for the next 100 years. While that may be an overstatement, but Riddell said to consider the current geopolitical turmoil — exemplified by the war in Ukraine — as a poignant warning of how technology is changing the face of war. “The change in Europe is awful,” he said.

Riddell, an Australian, was the keynote speaker at the Sea Otter Classic Summit, which opened Wednesday. The management conference attracted more than 200 registered attendees from the bike, outdoor and overlanding industries. The Summit continues Thursday as the Sea Otter Classic Festival opens at the nearby Laguna Seca Speedway.

Riddell offered a look at the macro and micro trends that are powering today’s businesses that are driven by trends in consumer behavior. Those trends have been driven by the two superpowers and the tech giants they have created in the United States and China, he said.

In the U.S. think of Amazon, Uber and Facebook. In China think of Alibaba, Tencent and Byte Dance, which owns Tik Tok.

But operating a tech company in either nation is challenging. Recently LinkedIn pulled out of China and the Chinese government continues to put pressure on U.S. tech companies doing business there.

On the other hand, the U.S. has banned products made by Huawei Technology, a major supplier of smartphones and sophisticated telecommunications equipment that the Chinese government could use to spy on corporations and government. Australia, Great Britain and other countries have joined the U.S. in implementing bans on Huawei equipment, he said.

“There is a huge tension bubbling away (between the two nations) and it’s only going to get worse,” Riddell said.

Another significant shift that’s underway is due to technology companies shifting into new industries. For example, he said, Huawei has “shifted lanes” and is now building cars and selling an entry-level model for about $35,000k. Toyota, typically thought of as an automotive company, is helping build “smart cities” in Japan.

Another fast-moving technological trend is the use of API (Application Programming Interface.) Essentially, API allows a smartphone application like Uber to connect to the internet and then send data to a server where it is interpreted and notifies a driver. Uber drivers with API technology use Google Maps to find their way. This is how “big data equals big value,” he said.

Riddell offered an amusing but real-life case about big data and API  that sent beachgoers in Hawaii searching for safety. A defense contractor accidentally sent out a text message that warned the state’s citizens that the island was soon to be hit by a missile. “There you are. What the hell are you going to do?” he asked.