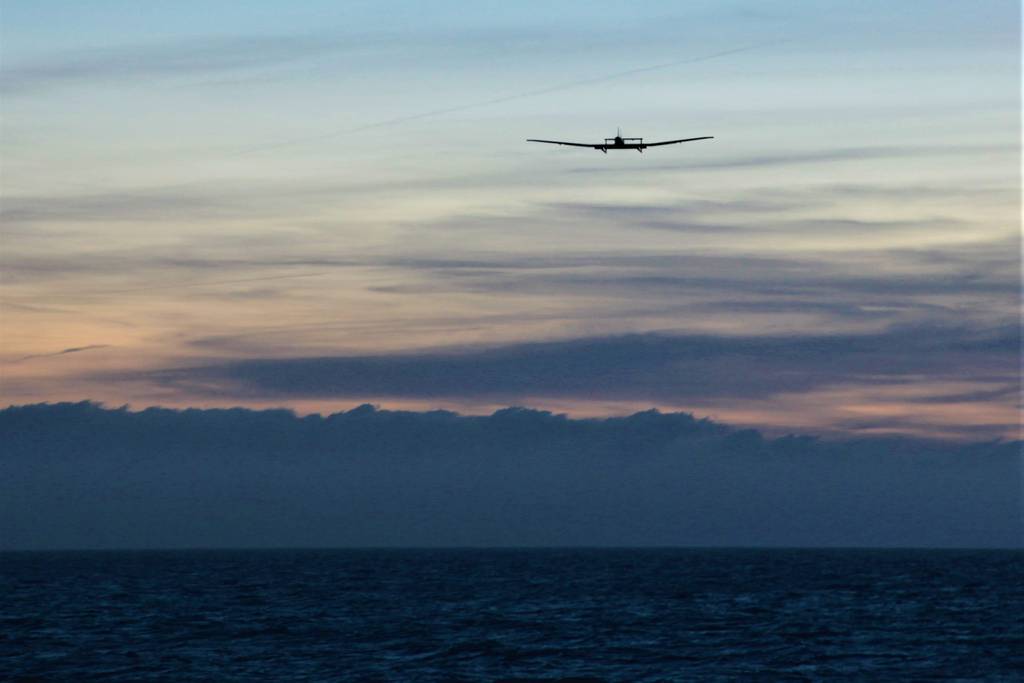 PARIS — The French Navy is setting its sights on commercially developed drones and laser weapons to field new capabilities before the end of the 2020s, a senior service officer said on Monday.

“We need to go faster to keep up with the threats and to keep up with our competitors. We cannot wait until 2030 for some capabilities,” said Rear Adm. Eric Malbruno, the deputy for planning and programs in the office of the Navy Chief of Staff.

To do so, the service needs to embrace and field disruptive technologies, and specifically off-the-shelf capabilities, he told reporters during a press briefing in Paris. The briefing kicked off the biennial conference organized by the French naval industry group GICAN – which stands for Groupement des Industries de Construction et Activités Navales – held ahead of the Euronaval trade conference scheduled for Oct. 18-22 here.

Unmanned aerial systems (UAS) and directed-energy and electromagnetic weapons were key technology areas where the Navy is looking for products that are ready for operational testing out-of-the-box.

“Unmanned vehicles at large … are one of the domains where we are not at the state of the art, but we are recovering some experience on that,” Malbruno said. As an example, he referenced the service’s recent delivery of a new mini UAS dubbed SMDM for “Systèmes de Mini-Drones aériens embarqués de la Marine,” built by Airbus subsidiary Survey Copter. The Navy in 2020 signed a contract worth €19.7 million ($19.73 million) for 11 systems, which includes 22 aircraft.

The SMDM is a “great illustration of a successful integration of light capability that significantly increases the platform capability,” Malbruno said.

The Camcopter S-100 UAV, built by Austrian company Schiebel Group, is another example of a recent off-the-shelf drone procurement for the Navy, Malbruno said. The rotary-wing vehicle has been integrated aboard the service’s Mistral-class helicopter carrier Dixmude.

The service is also interested in exploring off-the-shelf directed-energy and electromagnetic weapons, Malbruno said. The service will perform a live-fire test of a laser weapon system against a target from a French Navy ship for the first time in 2023, he shared, but declined to provide additional details.

Additionally, “we are investigating the potential of electromagnetic weapons in operational applications like tactical and anti-air warfare,” he added.

The goal is for the Navy to “take more risks, and to get the appropriate capability, not the state-of-the-art one … that would be too late,” Malbruno said. The service is also interested in standalone capabilities that can be quickly tested on a ship. “Is it necessary to get fully integrated capabilities? I would say no,” Malbruno said.