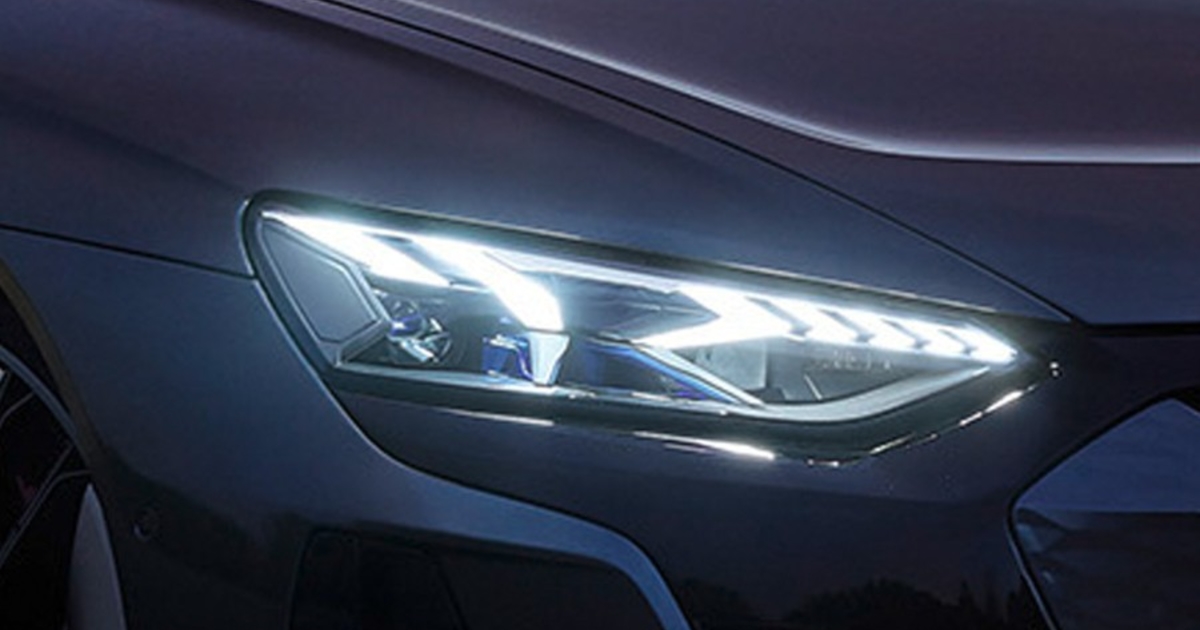 PARIS — Not long ago, automotive lighting consisted of headlights, taillights, turn signals and a few interior bulbs. But today’s cars are veritable Christmas trees, from front grilles that pulse with elaborate “lighting signatures,” through customizable mood lighting in the interior, to full-width light bars in the rear.

“Lighting everywhere” is what Valeo CEO Christophe Perillat calls it.

Valeo and fellow French suppliers Forvia (formerly Faurecia) and Plastic Omnium have gone all in on lighting in the last few years. They have snapped up players as large as Hella (bought by Faurecia for $6 billion) to gain market share in a business poised to ride the megatrends of electrification, increased safety regulations and ADAS to outperform the overall auto market.

“Hella is perfect because it has two main specialties, one of which, lighting, is a nice add that is aligned with what we are doing in terms of systems, design and safety — it works very well in our portfolio,” Forvia CEO Patrick Koller told Automotive News Europe in a recent interview. “Then you have Hella’s electronics and software, which will give us size to achieve leading positions, especially in automated driving and in electrification.”

The automotive lighting sector is predicted to outperform production growth, as new comfort, safety and design features are introduced. Yole Group, a French consulting company that analyzes technical trends, says the overall market will grow by 5 percent annually from 2021 until 2027, but production will grow just 2 percent a year.

The value of the lighting market will increase to $42.2 billion in 2027 from $31.5 billion in 2021, said Pierrick Boulay, a senior technology and market analyst at Yole who specializes in lighting and displays.

“We are seeing more and more innovation with the application of LED technologies and matrix-based headlamps,” Boulay said. “That is why there is still growth in the market.”

On the inside, the scope of lighting applications has gone from simple overhead and glove box lights to area lights that softly illuminate cabin zones, lights embedded in door panel fabrics and even “starry night” headliners.

LED headlamps are trickling down from premium and luxury cars to mainstream vehicles, Boulay said, helping to maintain the pace of growth.

In terms of value of lighting segments, headlamps have about two-thirds of the overall market, followed by rear lights (20 percent) and interior (15 percent).

Just five suppliers dominate the lighting market, with Japanese company Koito holding a 21 percent share in 2021, according to Yole (see table, below).

Marelli and Hella focus on premium cars, while Koito, Valeo and Stanley are oriented toward mainstream models, Boulay said.

“Hella and Marelli are the technical leaders; they are mostly involved with high-end cars, and it’s in these cars that we see the latest innovations,” he said, while other Tier 1s work with generalist automakers who want the best combination of cost and performance.

The sector has seen robust M&A activity in recent years. Magneti Marelli was acquired from Fiat Chrysler Automobiles by Calsonic Kansei for $7 billion in 2018, and the Austrian sensor company AMS acquired Osram for $3.2 billion a year later.

So, with abundant profits and the promise of even higher margins as cars become more sophisticated, it’s not difficult to see why a company such as Hella set off a bidding war last year between Faurecia, Plastic Omnium and Mahle, from which Faurecia emerged victorious in a 6.8 billion euro deal.

Not to be outdone, Plastic Omnium in April purchased key units of Varroc, an Indian supplier with about 3 percent of the lighting market, in a 600 million euro deal. That follwed Plastic Omnium’s acquisition of Osram Automotive Lighting Systems in 2021 for 65 million euros.

Favre said Plastic Omnium will be able to supply a complete lighting range, with interior lights from Osram and headlights, taillights and turn signals from Varroc.

“Electrification brings to the design of the car more and new opportunities. And one of these opportunities is to put more lights in front of the car because you don’t have this grille anymore that is just in the middle of the front.

“Electrification is bringing new opportunities to the design of the car,” he said. “One of these is to put more lights in the front of the car because you don’t have a grille anymore,” allowing designers to create a so-called “light signature.”

Perillat said that the stable, steady revenue from lighting will help support Valeo as it builds for a future in driving assistance and other high-tech fields.

“It’s not going to be the spectacular growth that we are going to enjoy on ADAS and on electrification,” he said. “It’s going to be the regular and significant growth of a business that can, by the cash it generates, support the overall strategy of the group.”

Looking ahead, the lighting market could merge with the growing interest in the related field of lidar (light detection and ranging) sensors for automated driving. Boulay said that a number of lidar firms have collaborated or merged with Tier 1 lighting suppliers to help them enter the automotive-grade market.

Lidar sensors could be integrated into corner lighting to provide more field-of-vision coverage, although Boulay noted that the additional expense compared with one central lidar unit may outweigh the benefits.

Koito has been particularly active in this area, working with lidar makers Blickfeld, Quanergy and Cepton (taking a $50 million stake). Valeo is unique among suppliers in that it is a leader in both lighting and lidar. And Marelli has shown its “smart corner” technology that can integrate self-driving sensors, including lidar.

Lighting will also increasingly be used as a communication media, Boulay said. For example, an ADAS sensor could detect a cyclist coming up on a parked car and send a signal to activate a red light to warn the driver not to open his door.

Another recent safety innovation is adaptive driving beams, which eliminate the distinction between low and high beams, using ADAS sensors to control high-definition LED matrix headlights, with more than 100 LED units. Adaptive headlamps have been legal in Europe for several years but only won approval in the U.S. this year.

The sensors identify an oncoming car at night and automatically dim just a portion of the beam to avoid blinding the driver while still illuminating either side of the car to avoid so-called “dark zones.”

Yole says that adaptive high beams can give a driver 2.2 more seconds of reaction time at 80 kph versus traditional low/high beams.

“There will always be a need for lighting,” Boulay said. “At first it was only used to help the driver see better at night, but now it’s used as a safety feature. With adaptive driving beam functionality, you can always drive with high beams.”