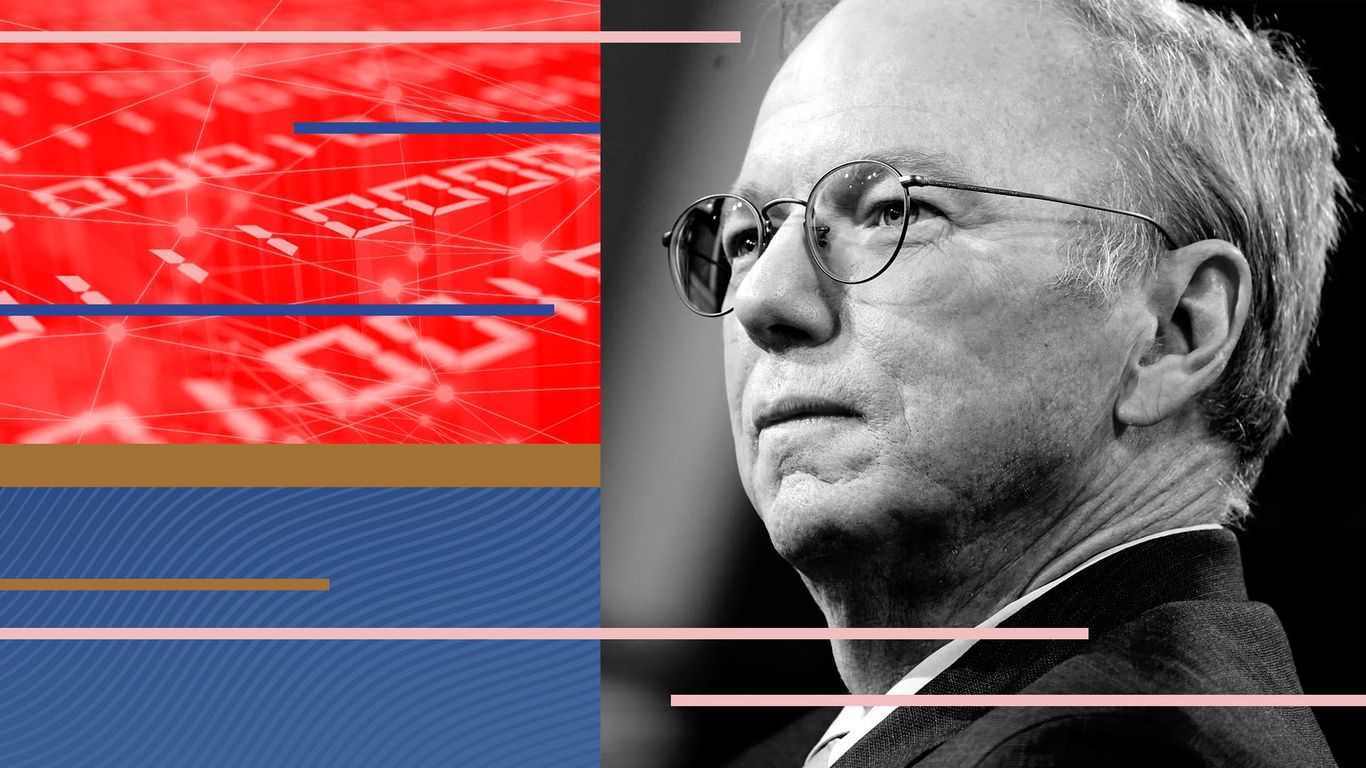 Eric Schmidt has taken on big challenges before, fighting Microsoft when he led Novell and taking on Brussels when he was CEO at Google. Today, the billionaire is focusing his energy on rousing the U.S. to fight what he sees as its biggest tech struggle yet: competition with China.

What they’re saying: “We have to do whatever it takes,” he told Axios in an interview in Washington D.C. on Wednesday.

In Schmidt’s eyes, China has already become a peer of the U.S. and has a clear plan for how it wants to dominate critical fields, from semiconductors to AI, and clean energy to biotech.

Driving the news: Schmidt was on Capitol Hill Wednesday making his case that the U.S. should set up a national academy to train tech workers who would work in a civilian capacity for the federal government for five years in return for their education.

The big picture: China shapes Schmidt’s views of everything from how tech should be regulated to the war in Ukraine.

Context: Big Tech companies and their allies also have warned about the national security risks posed by the antitrust bills under consideration on Capitol Hill.

Meanwhile, when it comes to Ukraine, Schmidt said it is a reminder that war is “much deadlier” than many people realize and pointed out how much worse it would be if, say, the U.S. were in an armed war with China over Taiwan.

Between the lines: Schmidt has been heavily involved in helping draft U.S. strategies designed to compete with China in the same areas China is focused, including clean energy, AI, semiconductors and quantum computing.

Yes, but: Some critics in and out of government say Schmidt has overstepped, trying to exert undue influence over government tech policy. Politico reported this week that his nonprofit, Schmidt Futures, indirectly paid the salaries of two employees in the White House Office of Science and Technology Policy.