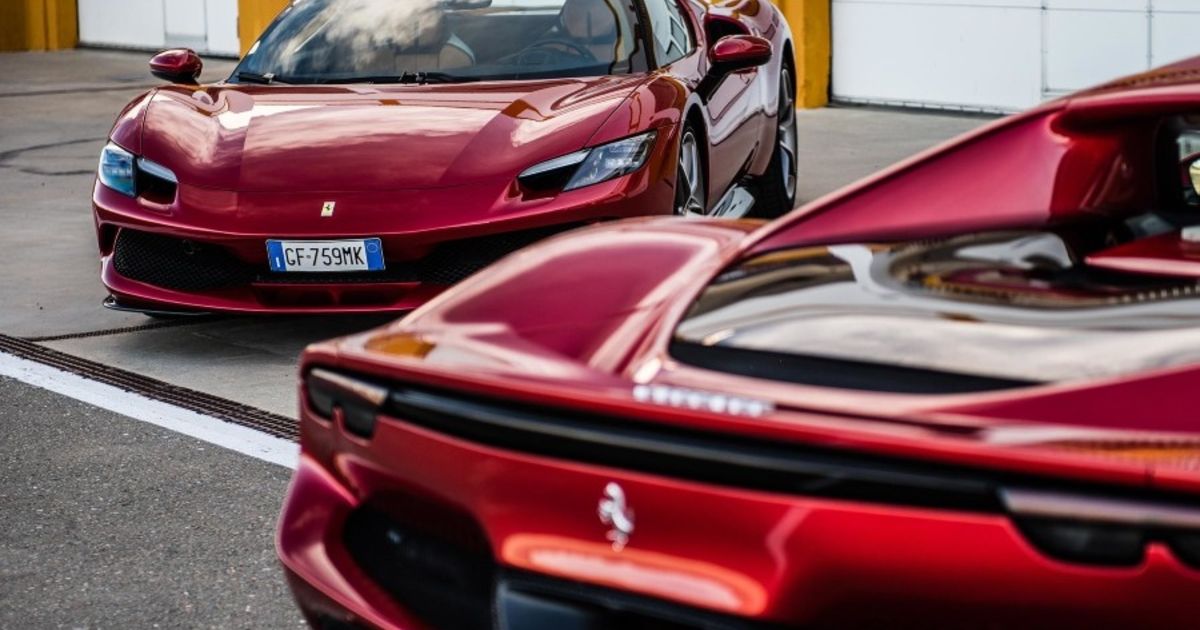 Ferrari‘s Maranello complex in northern Italy is a pretty cool place. There is a space ship-looking wind tunnel designed by the architect Renzo Piano, you can hop into a Formula One racing simulator, and a short stroll from the main factory, there is a mouth-watering museum filled with shiny supercars such as the 1990s F50.

Now Ferrari is overhauling the site to make battery-powered cars.

On Thursday in Maranello, CEO Benedetto Vigna presented his long-awaited strategy on how to electrify the brand.

Ferrari will invest some 4.4 billion euros ($4.6 billion) to develop full-electric cars and plug-in hybrids that will make up 60 percent of its portfolio by 2026. The company will retool Maranello to produce EVs and assemble battery modules. The first full-electric Ferrari will reach showrooms in three years.

The problem is that Ferrari is a tad late to the party, leaving it well behind not just battery pioneer Tesla but also Porsche and smaller upstarts such as Rimac Automobili. Porsche’s popular Taycan EV has been on the road since 2019 and outsold the iconic 911 last year.

Vigna is now eager to catch up. The 53-year-old industry outsider — he joined from chipmaker STMicroelectronics last year — has rejiggered several divisions including product development to report directly to him to streamline decision-making.

He has also hired trusted tech executives from his former employer, named a brand director with luxury goods experience, and partnered with chipmaker Qualcomm to work on more digital car cockpits.

Key for Ferrari will be that its electric cars evoke the same kind of passion as its roaring combustion-engine peers have done for decades.

The nature of electric drivetrains means that even sedans such as the Tesla Model S come with racecar-like acceleration, so Ferrari may well lose some of its gasoline-era performance edge.

Ferrari tried to dispel those concerns on Thursday, saying its EVs will leverage the company’s racing expertie to ensure they stand out when it comes to “engine-power density, weight, sound and driving emotions.”

Aside from ensuring that drivers remain thrilled, Ferrari also has to please shareholders.

While the company continues to command enviable profit margins, the stock has underperformed recently, in part due to investor concern about the costs associated with catching on electric technology.

Ferrari vowed its EV investments won’t come at the expensive of profitability. The company sees adjusted EBITDA of as much as 2.7 billion euros in 2026, up from about 1.5 billion euros last year, and targets a compounded annual growth rate of 9 percent.

Part of that profit gain will be driven by the company’s supercars that will remain in that period, to a large degree, gasoline-fueled. That includes the Purosangue SUV to be unveiled in September.

Ferrari has been “overwhelmed” by the early demand for the model, sales head Enrico Galliera said.

And Ferrari executives said they will remain mindful of keeping the exclusive cachet of the brand — that applies to the Purosangue as well as the company’s future battery-powered models.