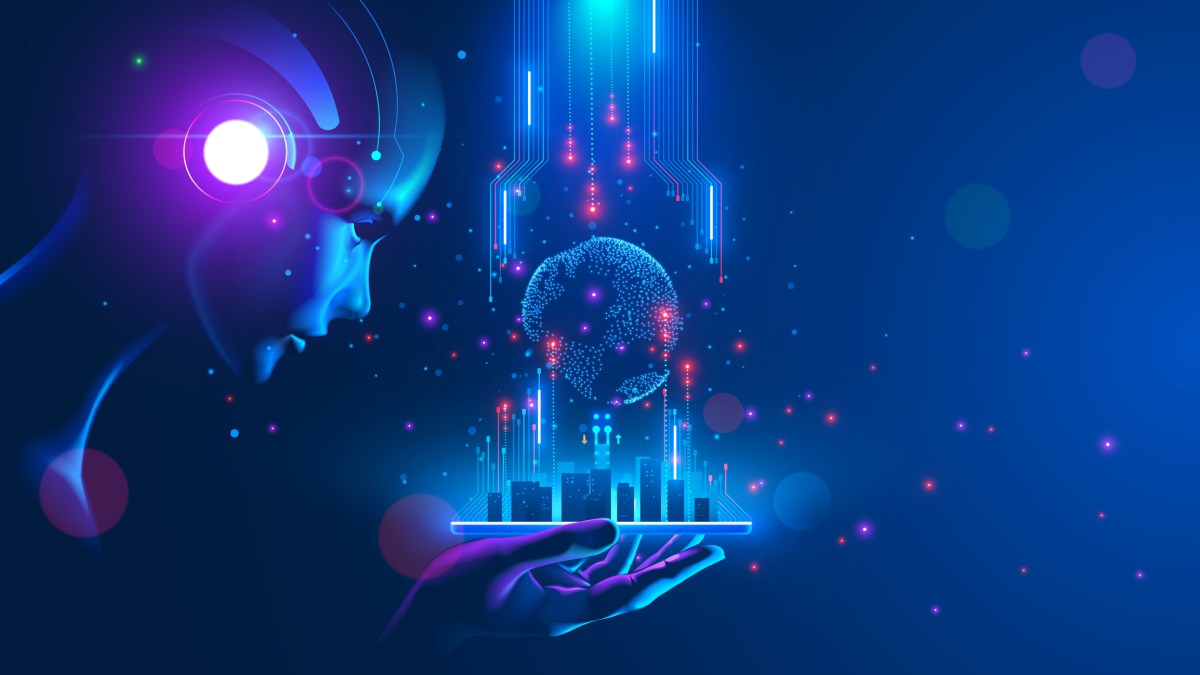 This article was contributed by Alexey Posternak, Chief Financial and Investment Officer of MTS AI and managing partner of Intema

Humanity just can’t stop itself from producing more and more data. In 2010, total data created annually reached two zettabytes. Each zettabyte is equivalent to around 1 trillion gigabytes, or 1021 bytes. Since then, there has been no slowing down. The explosion of mobile computing and the internet of things (IoT) has increased demand further. By 2025, data created is estimated to be 175 zettabytes, and by 2035, will reach a staggering 2142 zettabytes.

Much of our modern data is processed by cloud computing, and while the cloud is impressive technology, it is not without its problems. Cloud security is a constant risk for any business. Web hosting company GoDaddy not only reported that more than 1.2 million customers may have had their data accessed during a recent breach, but that it took them more than a month to discover it had happened. Even non-security outages can be greatly damaging – Google had a cloud outage in November, denying access to its services, and Meta’s servers went down for more than three hours in October. As data requirements exponentially increase, these cloud servers will be placed under greater pressure than ever before.

Simply expanding cloud capacity cannot be the only solution to this data-processing nightmare. Servers require large amounts of energy, making up 1% of total global consumption. With fears of climate change ever-increasing, the pressure is on to reduce energy usage rather than increase. To solve this, we should turn to edge computing and edge AI. edge AI not only makes data processing more energy efficient, but safer and faster.

Edge AI is when machine learning algorithms are processed locally ‘on edge’ – on the device itself, or on a nearby server. The technology already exists – smartphones are remarkably intelligent devices, which use edge tech for a variety of tasks. A true edge AI microchip would be capable of making autonomous, data-led decisions without the need for an internet or cloud connection.

Edge AI is not intended to replace cloud computing, but to complement and improve it. The first way it does this is by improving latency. Currently, if a device makes a data request on a 4G or 5G network it is received by a cellular tower, and then is passed on to a data server somewhere within the network. Latency – The time it takes for the data to reach the servers and back to your phone – is fast (somewhere in the 10-20 millisecond range for 5G at the moment) but there remains a delay. As data volume increases, the latency often increases with it.

Edge AI that has been incorporated into a microchip can have a sub-millisecond latency as the data never leaves the device. The decentralized nature of the technology allows machine-learning algorithms to run autonomously. There are no risks of internet outages or poor mobile phone reception. Data never leaving the device increases security, as data cannot be intercepted in transit to towers or a server. If data does need to leave the device, the incorporation of edge AI chips greatly reduces the amount of information that is sent, improving efficiency. Only data that has been highly processed is sent to the cloud, reducing energy consumption by 30-40%. Edge tech is becoming increasingly integral to 5G rollout, as network providers move to incorporate edge AI into the towers themselves, reducing the requirement for external servers and improving speeds.

The applications of edge AI have been noticed already by business and industry leaders. Pitchbook notes that investment in the edge computing semiconductor industry has grown by 74% over the last 12 months, bringing the total investment to $5.8 billion. The median post-money valuation of companies in this niche grew by 110.2% in the same timeframe to $1.05 billion.

The ramifications of this tech are game-changing. Further integration of edge AI microchips into the internet of things, has commercial and industrial applications. A self-driving car, for example, cannot be at the mercy of latency. Real-time data processing must be instantaneous – if a small child runs into the road, a delay in data-transfer speeds may prevent the car from braking in time. Even if the latency is sufficiently low, data transfer could be intercepted by hackers, potentially endangering the occupants. This can work to benefit drivers as well – edge AI in driver-facing cameras could be programmed to identify if a driver is distracted, is on their phone, or has even fallen asleep at the wheel, and then communicate with intelligent devices within the car to pull over.

On a production line, integrated edge AI chips can analyze data at unprecedented speed. Analyzing sensor data and detecting deviations from the norm in real-time allows workers to replace machinery before it fails. Real-time analytics triggers the automatic decision-making process, notifying workers. The integration of video analytics would allow instant notification of problems on the production line. Production speed could be moderated constantly, with equipment slowed down if there are blockages further up the line, or to maximize the lifetime of machinery. Manufacturing bottlenecks caused by faulty equipment would therefore be reduced, and worker safety increased – the AI could detect that a worker’s arm is in the way of a machine and shut it down far faster than a human could react.

Edge AI is very much the cutting edge of technological advancement. In conjunction with existing cloud-based communicative technologies, the integration of AI into the devices themselves will improve the efficiency, security, and speed of data analytics. AI is the future.

Alexey Posternak is the CFIO of MTS AI and managing partner of Intema. Alexey has more than 17 years of experience in corporate finance and investing, and deep industry knowledge in TMT, IT, and financial services.