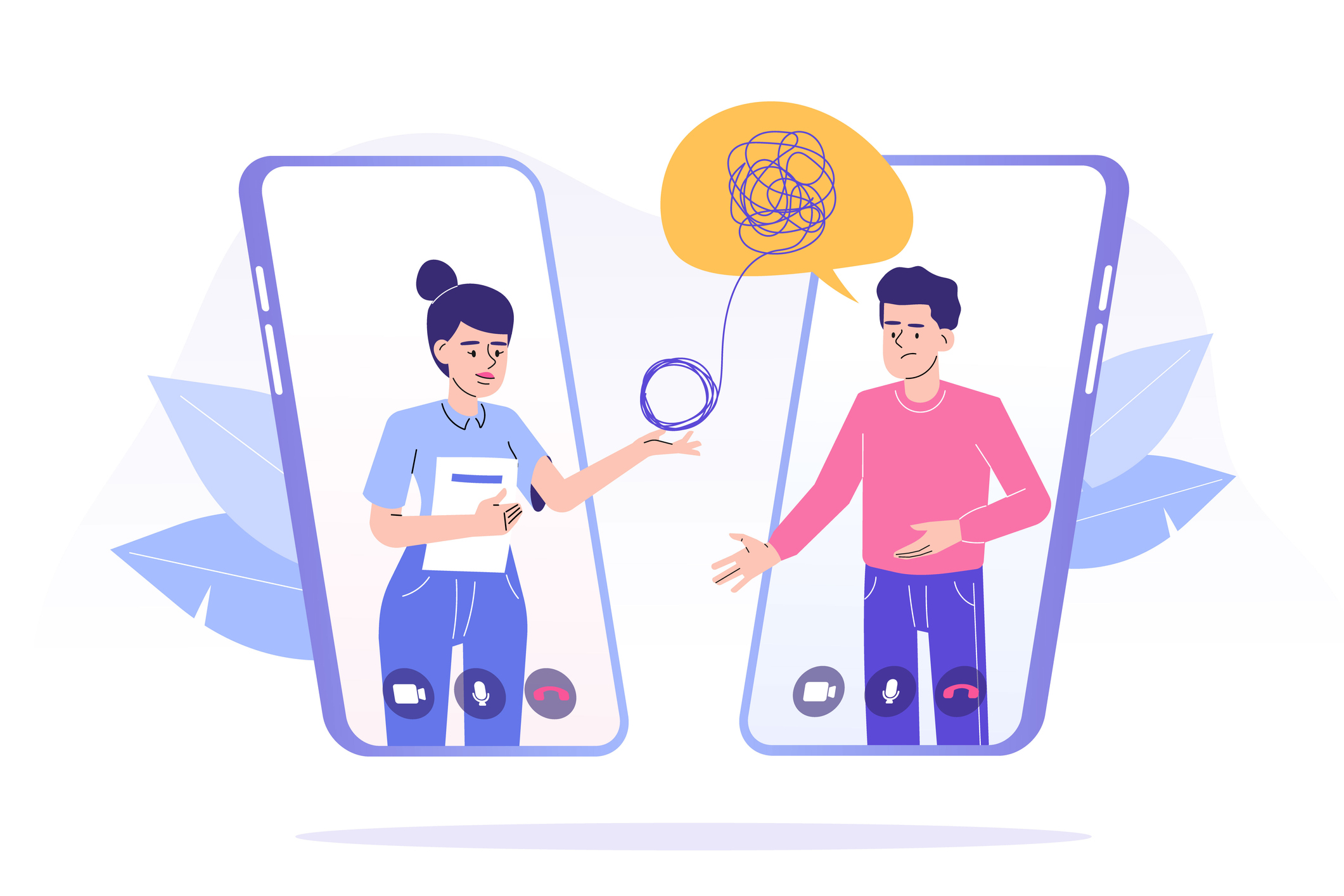 Before the COVID-19 pandemic, social isolation affected 1 in 4 older adults.

It’s almost two years into the pandemic, and now it affects two out of three adults in general and two out of five low-income older adults, according to data from the AARP Foundation.

Depression in homebound older adults is up to three times higher compared to their peers who are not homebound. But they face many barriers including social determinants to receiving existing mental health services, like a lack of transportation to go to clinic-based therapy, explained Namkee Choi, Ph.D., professor and chair of gerontology at the University of Texas at Austin Steve Hicks School of Social Work, speaking at the recent Summit on Mental Health by the Association of Healthcare Journalists.

Most of these older adults rely on medications prescribed by a primary care physician, who is their main source of mental health care, Choi said. Yet antidepressants have limited efficacy, particularly among low-income homebound seniors, because of their inability to teach coping skills.

In general, this population has a stigma about mental illness, Choi said during her presentation at the summit. “They do not want to recognize, do not want to talk about their depression.”

During the event, experts weighed in on the question of social isolation and the COVID-19 pandemic, health disparities and creative ways to bring care to communities that need it most.

Long before the pandemic, Choi tested the efficacy of telehealth problem-solving therapy on homebound seniors using Skype. She discovered benefits over the long term, with depressive symptoms waning and the number of related emergency department visits also dropping notably.

One of the biggest challenges to delivering telehealth for low-income homebound seniors, Choi acknowledged, is high internet costs.

Meanwhile, the AARP Foundation offers a virtual reality tool that connects families in a virtual living space where they can share experiences together. The offering has 189,000 users, said Paulo Narciso, vice president of new program development and program optimization at AARP Foundation.

The foundation also has a popular chatbot, he added, that helps older adults stay connected. The chatbot has 70,000 users, 70% of which are low-income older adults. These successes dispel the myth that older adults cannot use technology, he said: “It’s simply a matter of giving them access to it and they’ll show you quite well that the adoption of technology is strong amongst older adults.”

On top of existing barriers to therapy, there are also major workforce shortages, including a lack of therapists who are able to do home visits and provide therapeutic interventions, Choi explained. This shortage could last several more decades, according to Choi; there simply are not enough clinicians to support the aging population in the U.S.

One way to address gaps in care is to better integrate mental health and aging services to widen access to care in homebound older adults, as well as Medicare and Medicaid expansion of coverage of teletherapy, Choi said.

Training and utilizing social workers as a form of support should also be considered a part of the solution, she added. And care coordination is key to addressing the many social determinants that affect homebound seniors’ well-being.

Also critical to keep in mind, explained Kasley Killam, founder of Social Health Labs, is that “we don’t start aging once we get old; we start aging once we’re born.” In fact, she noted, isolation and loneliness are most common in younger generations. Therefore, solutions need to consider the entirety of a person’s life span.

“Social connection is not a nice-to-have,” she said. “It’s essential to our health and well-being.”

Cross-industry collaborations are an essential way to think strategically about this issue, Killam said. The Massachusetts Task Force to End Loneliness and Build Community, for instance, is a coalition of more than 30 organizations including local governments, nonprofits, retirement homes and universities that offer resources and awareness campaigns meant to address various disparities.

Women are more likely than men to suffer from anxiety, depression and mood disorders but many go untreated, especially women of color and women from lower socioeconomic backgrounds. That’s why when it comes to maternal mental health, preventive care is key, explained Veerle Bergink, M.D., director of Mt. Sinai’s women’s mental health program and a professor at the Icahn School of Medicine.

“That is why the period of pregnancy is such a great opportunity for diagnosing these problems because that is the only period in which women see healthcare providers at least 10 times,” she noted in her presentation. Providers should be on the lookout for symptoms and should be screening expecting mothers for mental illness or stress.

It’s a myth that screening for mental illness should only be done by therapists, echoed Anna King, a clinical training specialist at Maternal Mental Health NOW. Any provider working with the perinatal community should screen, even though neither therapists nor medical providers receive training on perinatal health, King said. She advocated for additional funding in this area.

Bergink acknowledged that some providers may shy away from screening because they doubt whether their diagnosis will lead to any treatment, considering the access barriers and associated costs. But, Bergink noted, many interventions can help and don’t always have to be expensive or complicated. Addressing symptoms and their underlying cause is critical to the health of the parent and their baby.

Following delivery, birthing people are at highest risk to get psychosis or mania—either for the first time or as a relapse, Bergink said. That puts them at risk of suicide, one of the leading causes of maternal mortality. In particular, people with a history of bipolar or postpartum psychosis are at very high risk of relapse, so Bergink recommended they begin antipsychotics under the guidance of a qualified provider as soon as the same day after delivery.

To avoid separation between a birthing person and their child, Bergink spoke of a mother-baby unit, a scenario in which a mother can be admitted with her baby to a psychiatric ward and get the support she needs without having to be separated from her child. This arrangement actually shortens recovery time, she noted.

Iola Kostrzewski, a doula and HIV provider engagement coordinator at Rainbow Health Minnesota, highlighted the importance of doulas in helping expecting parents address their birthing concerns with a provider.

Black and brown women are especially disenfranchised when it comes to maternal morbidity and mortality rates, and experience racism and microaggressions that could contribute to birth trauma. They have to live with the knowledge that, regardless of their intentions, their physicians’ “education, their knowledge about your body and your uterus are rooted in a racist system and an education with racist roots,” Kostrzewski said.

When it comes to trauma-informed care, resources are available. Maternal Mental Health NOW, for instance, provides training to providers on the subject, and recently finished training approximately 150 California hospitals on how to address trauma-informed care in the medical setting, King explained.

“Trauma really is not for us to define,” King said. “Whether an experience is traumatic, it’s up for that person to decide. The saying goes, trauma is in the eye of the beholder.” Training involves returning a birthing person’s autonomy to them in their birthing space. It also examines the presence of intergenerational trauma like racism, which impacts one’s sense of control during birth and can lead to birth trauma or PTSD.

Clinicians should also ask families about any support that they expect to have following birth to better prepare them for the realities of postpartum, explained Leana Wen, M.D., an emergency physician and public health professor at George Washington University.

Home visiting is also extremely effective, she noted, alluding to a program she ran as health commissioner for Baltimore where nurses and social and community health workers visited pregnant women and postpartum families. These trips were “really essential for picking up on all these issues around social supports that may not always come up” in a medical visit, such as evidence of domestic violence.