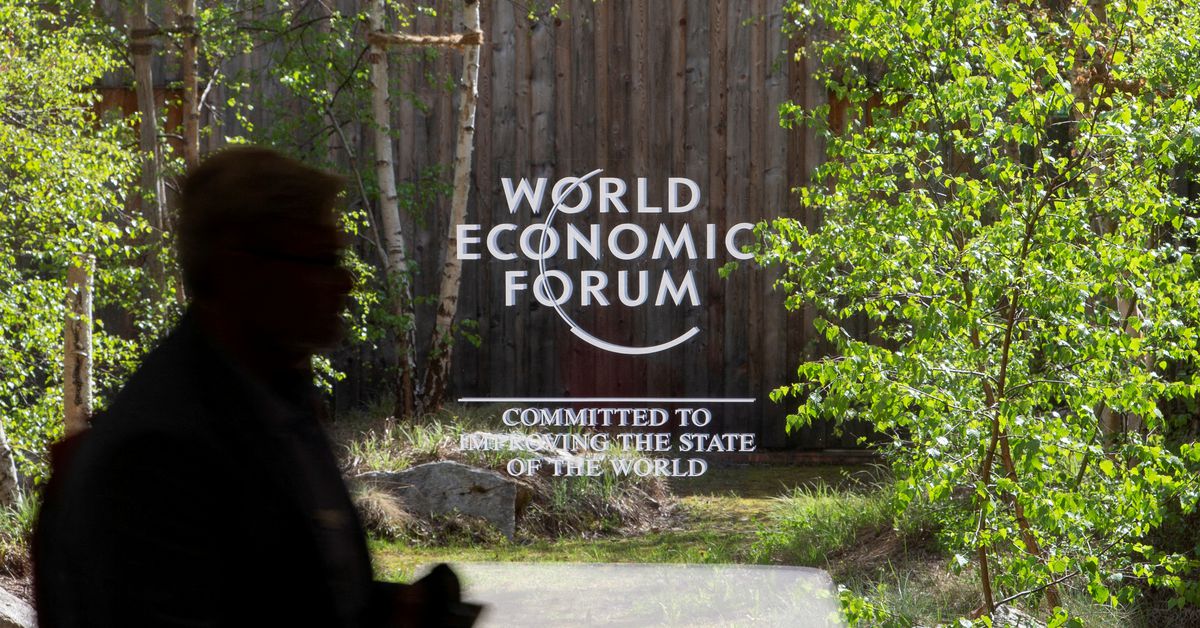 The logo of the upcoming World Economic Forum 2022 (WEF) is pictured on a window at the congress center, in the Alpine resort of Davos, Switzerland May 21, 2022. REUTERS/Arnd Wiegmann/File Photo

General Atlantic is in early-stage investment talks with about 15 companies in sectors including technology, financial services, retail and consumer, Sandeep Naik, the head of its business in India and Southeast Asia, said in an interview.

The market for startups, especially in India, is going through a rough patch. After raising a record $35 billion in 2021, founders are struggling to attract cash, sparking fears of lower valuations and forcing some to cut jobs. read more

After investing just $190 million in Indian startups in 2021, its lowest ever annual figure, General Atlantic is now ready to loosen its purse strings, Naik said in an interview at the World Economic Forum in the Swiss ski resort of Davos.

“The realism is setting in. We were waiting for the value creation to happen. We are now ready,” Naik said of General Atlantic’s plans for India and Southeast Asia, where it has investments of more than $4.5 billion, mostly in India.

“We are very bullish on India, Indonesia and Vietnam,” Naik added, while declining to name any companies it is looking at.

General Atlantic’s existing high-profile Indian investments include education technology companies such as Byju’s, which offers online tutoring in a country where internet and smartphone use is booming and is valued at around $22 billion.

Many tech companies globally have suffered in recent weeks as the conflict in Ukraine and rising interest rates hit investor sentiment. Japan’s SoftBank has reported a record loss of $26.2 billion at its Vision Fund investment arm.

Given the tough market environment and falling valuations, General Atlantic is advising all its portfolio companies to look at consolidation opportunities.

“Now is the best time to consolidate … Strong gets stronger,” Naik said.

Reporting by Aditya Kalra in Davos; Editing by Alexander Smith