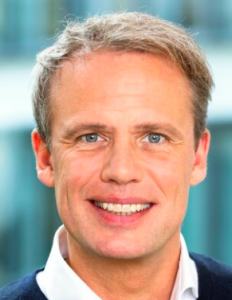 In his new position Lemke will be responsible for the group’s pay TV and SVOD partnerships across the German-speaking markets and will be charged with developing its content brands, particularly in the digital market.

Curiosity Channel powered by Spiegel and Spiegel History are both owned by Spiegel TV Geschichte + Wissen, a joint venture between Spiegel TV and Autentic, headed by Patrick Hörl and Michael Kloft.

US factual SVOD provider CuriosityStream last year signed a deal with Spiegel TV and Autentic to provide hundreds of hours of German-dubbed programming to CuriosityStream’s SVOD service as well as a rebranded linear channel in German-speaking Europe.

Factual channel Spiegel TV Wissen, which offered content on society, culture, technology, nature and the environment, was rebranded under the Curiosity name for viewers in German, Austria and Switzerland. The JV continued to operate the Spiegel TV History channel.

Under the deal, CuriosityStream, Spiegel TV and Autentic agreed to contribute content to the new Curiosity Channel.

Autentic was created in 2008 as a JV between Hörl and Jan Mojto’s Beta Film, focusing on high-quality documentaries and factual series for the German and international markets.

“Saevar has exactly the qualities that we need for the next step in the development of our two content brands in the German-speaking market. He knows the factual market from many years of experience – and he knows the power that outstanding documentaries can unleash in a variety of ways. Saevar is the ideal candidate for the job,” said Hörl.