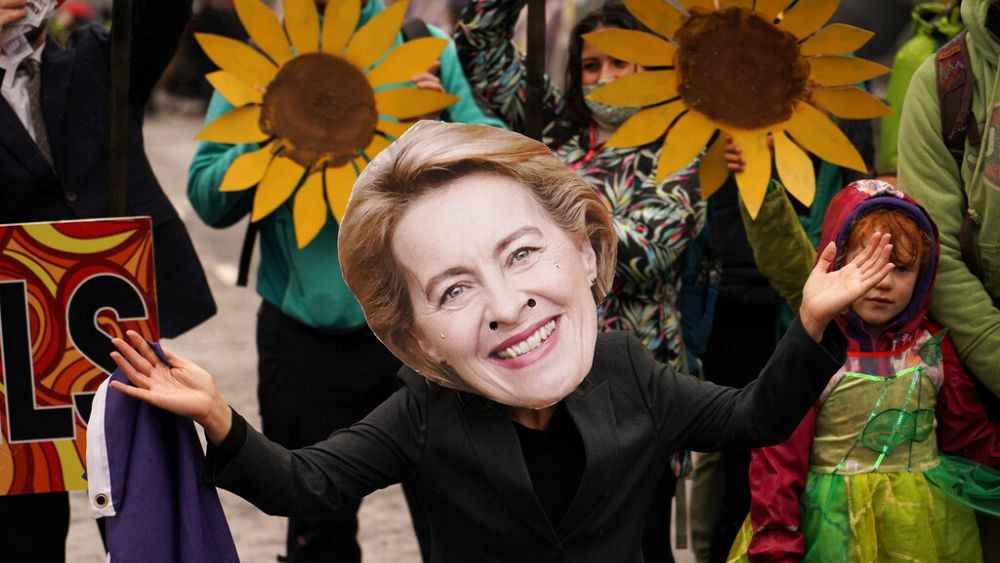 The leader of Belarus is accused of facilitating the transport of migrants from the Middle East to the border of his country with member states Latvia, Lithuania and Poland.

With the situation getting seemingly out of control this week, calls for solid border installations funded by the EU grew louder – something unthinkable in Brussels just a short while ago.

“The only effective way to stop the flow of illegal migration is to build a fence,” Péter Szijjártó, Hungarian foreign minister said. “Without a fence, there are not enough police or military forces that can effectively protect several 100 kilometres of borders in the event of mass migratory pressure.”

The longstanding wall of resistance to anti-migrant fences in Brussels even started to crack, after EU Council president Charles Michel expressed support for discussions on the matter.

“We have opened the debate on the EU financing of physical border infrastructure and this must be settled rapidly because Polish and Baltic borders are EU borders. One for all and all for one,” Michel said on Tuesday at an event celebrating the fall of the Berlin wall.

Whether or not a border fence will be built, depends largely on how the current crisis is going to end.

And whether the EU can force Belarus to change its behaviour – through tougher sanctions, for example, which are now likely to go ahead.

Facebook whistleblower Frances Haugen was in town to talk to MEPs this week, urging European lawmakers to seize a “once-in-a-generation opportunity” to align technology and democracy and create a safer online world.

She said on Monday during a hearing in the European Parliament that the tech giant can no longer be “the judge, the jury, the prosecutor and the witness” of the digital space.

“Democracies must step in and make new laws,” she said.

The data engineer accused her former employer of undermining the health, safety and integrity of communities around the world due to its systematic failure to curb fake news and hate speech.

“I am here today because I believe that Facebook’s products harm children, stoke division, weaken our democracy and much more,” she said in her opening statement.

Haugen said the company has the tools to make Facebook safer but won’t take reforming action because doing so would result in fewer profits. This refusal to change course, she added, has already resulted in “actual violence” and will continue until new legislation is introduced.

“It doesn’t have to be this way,” she remarked. “We are here today because of deliberate choices Facebook has made.”

The whistleblower described Facebook as an impenetrable “profit-generating machine” that makes it impossible for public authorities, experts, academics and even its own shareholders to access its data and understand how the company really works and influences social coexistence.

Google lost its appeal on Wednesday against a €2.42 billion antitrust fine imposed by the European Commission in relation to its shopping service.

The European Commission argued that Google had unfairly used its dominant search engine to redirect traffic to Google Shopping, a service that allows users to compare products and prices from online retailers.

Brussels says that when the company launched the service back in 2004 (under the name of Froogle), it was not successful and failed to live up to the expectations.

But from 2008, the executive claims Google began to systematically favour its shopping service in the results of its popular search engine, whose market dominance exceeds 90% in most EU countries. Google Shopping now routinely appears at the very top of search results, Brussels noted.

This practice squeezed out rival comparison shopping services, which were demoted in search results and made virtually impossible to find. As a result, people were exclusively exposed to Google Shopping, turning the platform into the de facto default option for online shoppers.

“Evidence shows that even the most highly ranked rival service appears on average only on page four of Google’s search results, and others appear even further down,” the European Commission said in 2017 when it announced the huge fine.

Brussels estimates that 95% of clicks go to the ten highest-ranking results on the first page, with those on the second page receiving just 1% of attention condemning rival services to near-absolute obscurity.

The ruling was delivered by the European General, the lower tribunal of the Court of Justice of the European Union, which decided to uphold the fine.

An appeal before the higher European Court of Justice is still possible.