EURACTIV visited QuTech, a Dutch research institute among the world’s most promising for quantum computing and quantum internet, to learn about the state of the technology and what is needed to move forward in the race towards the “quantum advantage”.

The quantum advantage is the goal of showing that a quantum computer can solve problems of commercial or societal value that no classical computer could solve in a similarly short period of time. Problems could be solved much faster in the field of medicine or supply chain logistics, for instance.

At the moment, no institute, company or country has managed to reach this stage, but the global race is on, as getting to the quantum advantage would be an enormous head start from a scientific and economic perspective.

“This technology will likely cause a disruption of the economy, and countries are more aware of this now. Different governments are getting involved heavily. The EU has to see that and actively support the quantum field,” Niels Bultink, the CEO of the start-up Qblox, told EURACTIV.

The Netherlands, Europe’s hotspot for quantum technologies, has progressed beyond proof of principle and into the development stage.

To get to the next phase, namely to commercialise quantum computers, networks and sensors, the Netherlands are betting on an “ecosystem approach”, meaning that they foster education, research and development and science, but also the business and investment aspects.

“To scale this technology, you have to understand that these areas are interdependent. Without the right talent, venture capital, and start-ups, you won’t build the industry,” Somya Gupta, QuTech’s lead for innovation and strategic partnerships, told EURACTIV.

Currently, at the TU Delft, the first “House of Quantum” is being filled with life. This building and planned facilities represent this ecosystem approach as they connect companies, investors and researchers on its 12,000 “square meters of quantum”.

The national initiative follows four action lines: research and innovation, ecosystem and market development, human capital, and social impact. On human capital, Quantum Delta NL emphasises that talent and education are the motors behind success, which is why new master’s programs in quantum technology courses are being created.

Concerning the fourth action line, the idea is that although technical challenges must be overcome before scalable quantum applications are available, potential use cases should already be explored.

“Ethical, legal and societal aspects of quantum applications need to be considered from the start,” Freeke Heijman, the director of Quantum Delta NL, told EURACTIV. 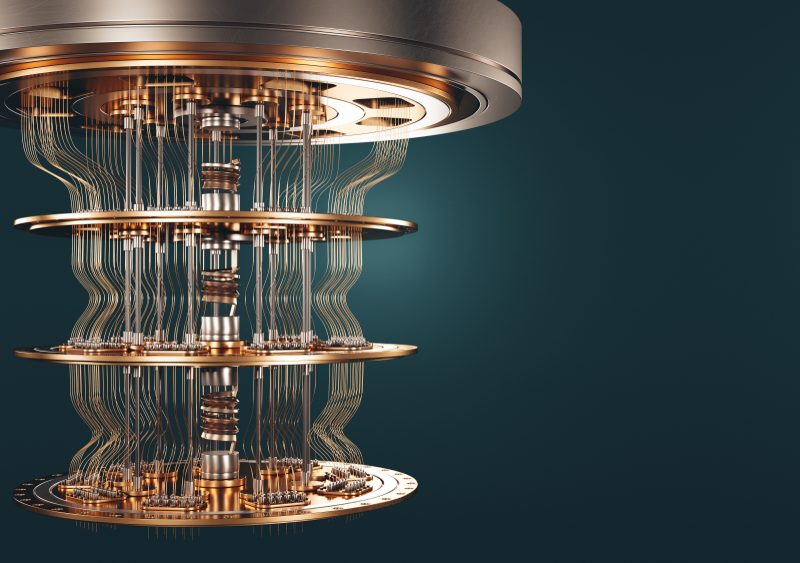 While efforts are taken to advance in quantum technology at a national level, at the EU level, a lack of strategic investment is criticised.

For instance, Quantum Delta NL received 615 million euros from the National Growth Fund to develop quantum technology in the next seven years.

However, according to Heijman, the problem is that such funding is spread across the EU rather than channelled into specific projects. “We are seeing this tendency to dilute EU investments. But to create impact, it is more helpful to focus on strategic places,” Heijman said.

This issue was also raised by Garrelt Alberts, managing director of the start-up Orange Quantum Systems. “The approach where everyone gets half a million euros kills advancements. We have ambitions, we need to drastically increase the performance of quantum chips, and this takes a lot of money,” Alberts told EURACTIV.

Concerning the proposal for a European Chips Act, Alberts hopes that the industrial development and production will be ramped up as it is being done in other countries such as China.

In its latest version, the Chips Act draft mentions supporting the field through innovative design libraries for quantum chips, pilot lines for integrating quantum circuits and control electronics, or testing and experimenting facilities. Exact plans and projects, however, are yet to be revealed.

Without larger investments, the issue of scalability remains. “Compared to the US, the amount of capital available to deep-tech startups in the EU is simply insufficient. We urgently need that to improve to remain internationally competitive,” Matthijs Rijlaarsdam, CEO of QuantWare, a quantum hardware developer, told EURACTIV.

Technological challenges are to increase qubits and reduce errors. “To solve complex problems, both qubit quantity and quality are essential. Both need to be high,” Menno Veldhorst, associate professor at QuTech Delft, explained.

Right now, the maximum number of qubits, the basic unit of quantum computers, that can be packed into quantum chips is between 10 and 100 in the Netherlands.

To reach the threshold of at least 1000 qubits to solve complex questions, Niels Bultink, the CEO of the start-up Qblox, expects it will take at least five to ten more years, and this only concerns in-lab development.

“We don’t know when we will reach the threshold, so investments in the field are very risky. But for Europe to have a chance at all, we have to specialise and invest there,” Somya Gupta added.