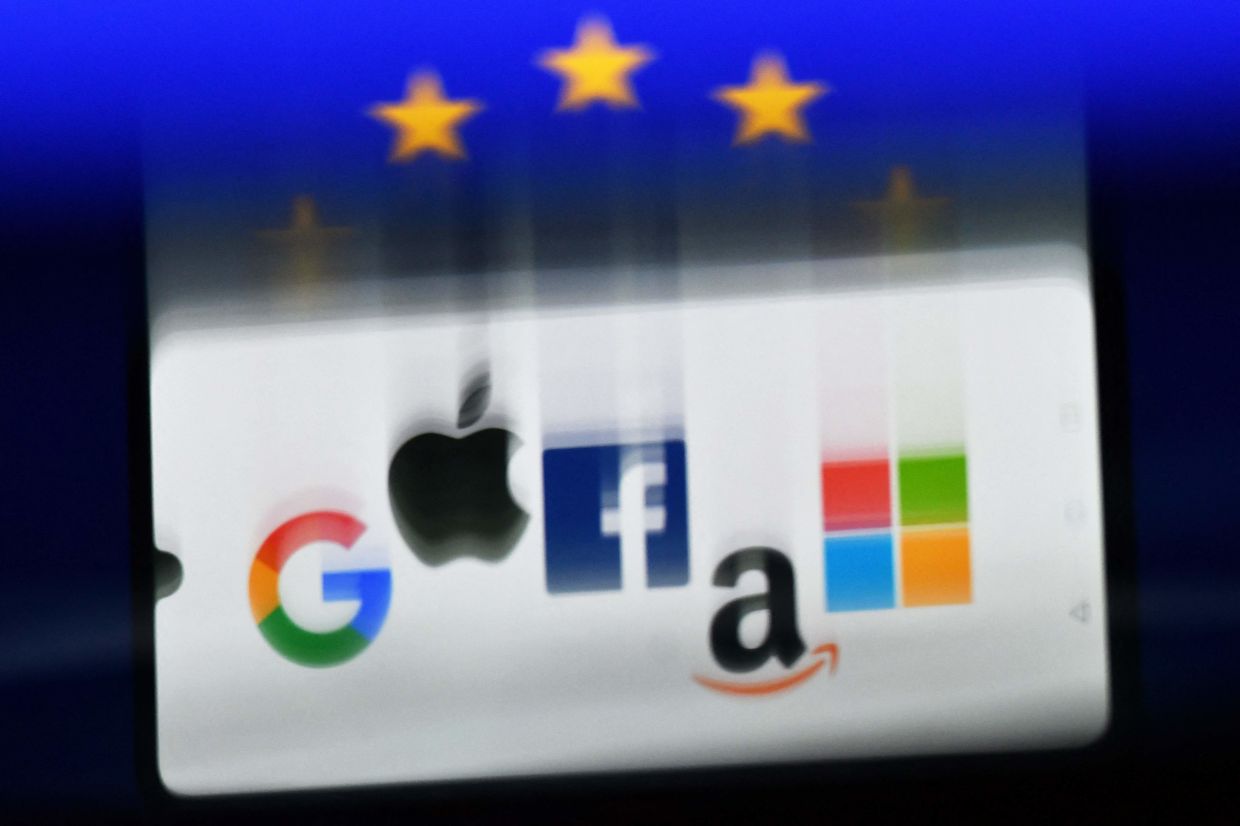 As Italy hit Amazon with a massive €1.1bil (RM5.24bil) antitrust fine Thursday for abusing its market dominance, we look at how Europe has tried to regulate Big Tech:

The digital giants – collectively dubbed GAFAM – are regularly criticised for dominating the market by elbowing out rivals.

The European Union has slapped a total €8.25bil (RM39.35bil) in fines on Google for abusing its dominant market position across several of its products.

Last month the EU’s General Court in Luxembourg confirmed a €2.4bil (RM11.44bil) fine imposed in 2017 for abusing its power over its rivals in online shopping.

Microsoft was fined €561mil (RM2.67bil) by the EU in 2013 for imposing its search engine Internet Explorer on users of Windows 7.

Amazon, Apple and Facebook are also the targets of EU probes for possible violations of competition rules.

The EU has also unveiled plans for mammoth fines of up to 10% of sales on tech firms that break competition rules, which could even lead to them being broken up.

Germany, France, Italy and Spain won a major victory in June when the Group of Seven (G7) agreed to a minimum global corporate tax rate of at least 15% mainly aimed at the tech giants.

For years they have paid little or no tax through complex tax avoidance schemes.

In one of the most notorious cases, the European Commission in 2016 found that Ireland granted “illegal tax benefits to Apple” and ordered the company to pay €13bil (RM62.01bil) plus interest to the Irish taxpayer.

After an EU court later ruled in favour of Apple, the commission turned to the European Court of Justice to appeal.

The following year, Amazon was told to pay back €250mil (RM1.19bil) to Luxembourg over similar alleged abuses there, though the EU General Court cancelled that in May this year. An appeal will be examined by the European Court of Justice.

Tech giants are regularly criticised over how they gather and use personal data.

The EU has led the charge to rein them in with its 2018 General Data Protection Regulation, which has since become an international reference.

They must ask for consent when they collect personal information and may no longer use data collected from several sources to profile users against their will.

After having fined Twitter nearly €500,000 (RM2.38mil), the Irish regulator opened a probe into Facebook in April after the personal data of 530 million users was pirated.

France has also fined Google and Amazon a total of €135mil (RM643.97mil) for breaking rules on computer cookies.

Social networks are often accused of failing to rein in misinformation and hate speech.

The European Parliament and member states agreed to force platforms to remove terrorist content, and to do so within one hour.

GAFAM are accused by media outlets of making money from journalistic content without sharing the revenue.

To tackle this an EU law in 2019 created a form of copyright called “neighbouring rights” that would allow outlets to demand compensation for use of their content.

However, it did not stop the company being fined half-a-billion euros by France’s competition authority in July for failing to negotiate “in good faith” with news organisations. Google has appealed. – AFP