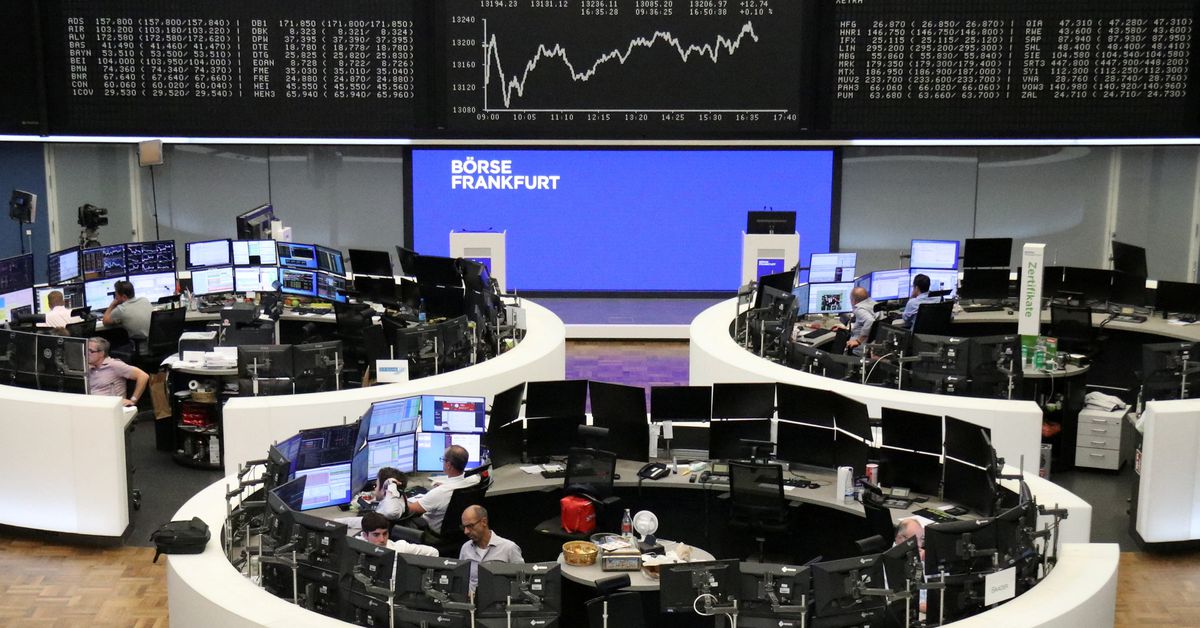 The pan-European STOXX 600 (.STOXX) dipped 0.1% in choppy trade, after rising at the open.

The STOXX was on pace to end the week down nearly 1% and log its second straight weekly decline.

German consumer sentiment is set to hit a record low for the third month in a row in September, a new survey showed, as households brace for surging energy bills. In contrast, French consumer confidence unexpectedly rose in August. read more

Elsewhere, regulator Ofgem said British energy bills will rise an eye-watering 80% to an average of 3,549 pounds ($4,188) a year from October, calling it a “crisis” that needed to be tackled by urgent government action. read more

“Because a large increase in bills has been expected, the news avoided shocking markets, but across Europe, which has a large exposure to discretionary retailers, there could be trouble on the horizon if the situation is prolonged and as consumers look to save instead of spend, which is already playing out in Germany,” added Yates.

Tech stocks (.SX8P) rose 0.5%, after Nvidia (.NVDA) and Amazon (AMZN.O) fuelled a rally on Wall Street ahead of Powell’s speech.

Among other stocks, Danish brewery Carlsberg (CARLb.CO) slipped 0.6% after saying its Poland subsidiary could cut or halt beer production due to a lack of carbon dioxide deliveries. read more

Reporting by Anisha Sircar in Bengaluru: Editing by Sriraj Kalluvila