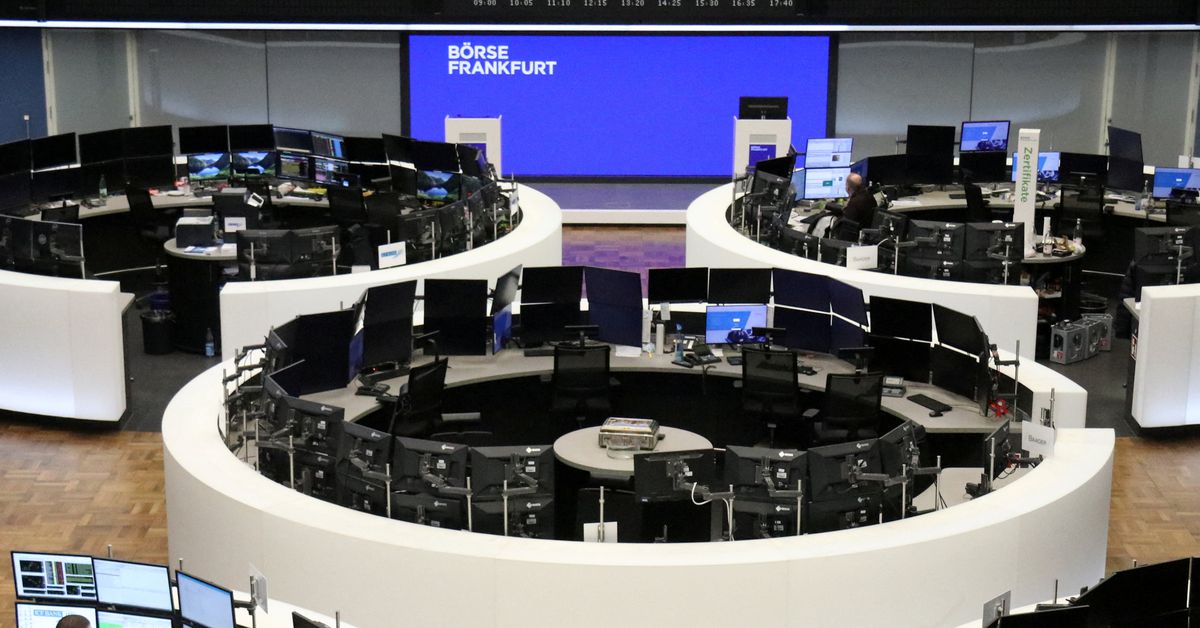 Technology stocks fell 12% in January, their worst month since the height of the 2008 financial crisis, as investors discounted future earnings from the sector on expectations of higher lending rates.

“Investors will continue to grapple with higher rate expectations and geopolitical risks on one side, set against robust macroeconomic and corporate fundamentals on the other – as a result, volatile trading looks set to continue,” said Mark Haefele, chief investment officer at UBS Global Wealth Management.

However, “the sharp fall in many high-quality tech firms is already creating opportunities for longer-term investors to add exposure,” Haefele said.

Concerns over gas supplies to western Europe persisted as Britain warned it was “highly likely” that Russia was looking to invade Ukraine and the head of NATO said the continent needed to diversify its energy supplies. read more

The focus will be on the European Central Bank and the Bank of England meetings on Thursday, which are expected to offer clues to their policy paths after the U.S. Federal Reserve’s hawkish tone last week led to gyrations across markets.

No immediate policy action is expected since the ECB in December laid out plans to wind up its 1.85 trillion euro ($2.09 trillion) pandemic stimulus scheme by end-March, but price pressures remain strong and the markets are keen for a sense of whether the ECB is getting closer to a more hawkish stance. read more

Meanwhile, the markets expect a 50 basis-point rate increase from the Bank of England, its second hike in a row. BOEWATCH

Vodafone (VOD.L) gained 1.9% after saying it would work with Intel and other silicon vendors on designing its own chip architecture to drive innovation and efficiency in nascent OpenRAN network technology. read more

KPN (KPN.AS), the largest telecom provider in the Netherlands, added 1.0% after announcing a share buyback programme and a higher dividend over 2022. read more

Reporting by Anisha Sircar in Bengaluru; Editing by Subhranshu Sahu and Barbara Lewis