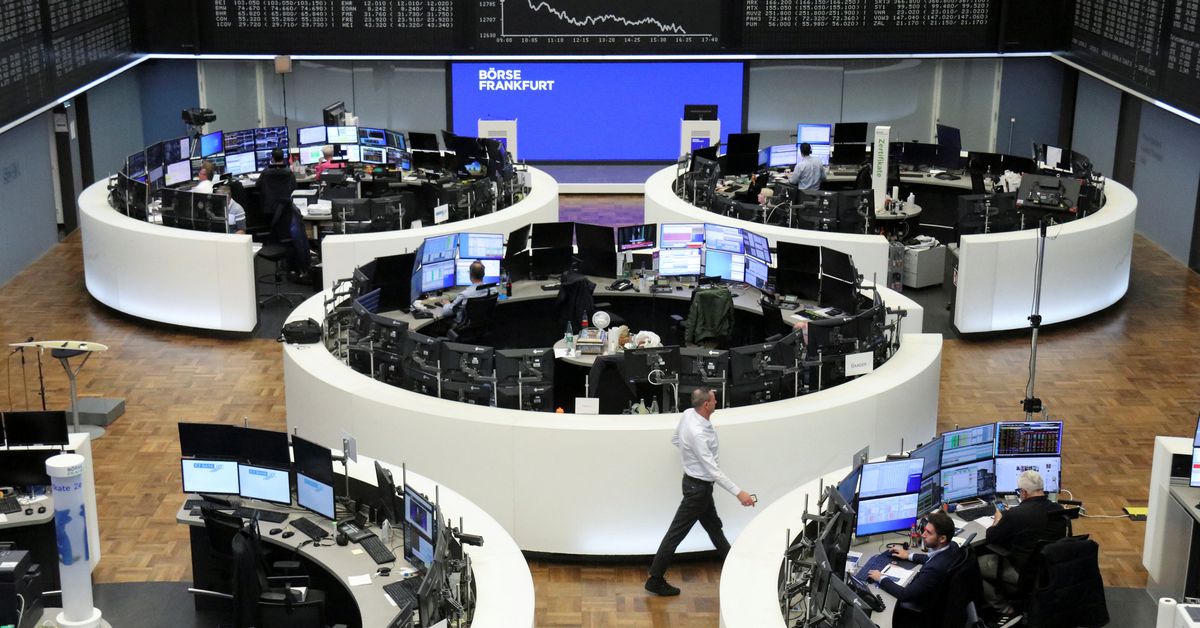 The continent-wide STOXX 600 index (.STOXX) was 0.1% higher, bouncing back after hitting its lowest level since early July.

A 0.7% decline in the rate-sensitive technology sector index (.SX8P) was offset by gains in energy stocks (.SXEP) and miners (.SXPP). The indexes rose about 1.5% each as oil and other commodity prices climbed following the news of mobilisation.

President Vladimir Putin ordered a partial mobilisation of Russia’s 2 million-strong military reserves, in a significant escalation of the conflict in Ukraine. read more

The mobilisation amplified concerns over the conflict that has raised the possibility of power rationing and potential blackouts during winter after Russia abruptly turned off the taps on a main natural gas pipeline to the region.

Germany’s DAX index (.GDAXI) clocked the most declines among its continental peers, down 0.5%, as Europe’s economic powerhouse is reliant on Russia for energy supplies.

Highlighting that dependence, Germany confirmed the nationalisation of Uniper (UN01.DE), the country’s largest importer of Russian gas, as it scrambles to secure non-Russian sources of power. The company’s shares were down about 19%. read more

“The volatility in prices would also cause a knock on effect for the manufacturing industry, particularly in Germany because there are worries that there could be blackouts and energy restrictions and that could further damage and weaken economies which are already pretty fragile,” said Susannah Streeter, senior investment and markets analyst at Hargreaves Lansdown.

The Fed is seen raising its benchmark lending rate by 75 basis points (bps) later in the day, continuing its aggressive fight against persistently high inflation. Some traders also expect the U.S. central bank to increase rates by a full percentage point. FEDWATCH

“The 75 bps hike is priced in at this stage but where it gets interesting, is what’s the terminal rate going to be?,” said Giles Coghlan, chief market analyst, HYCM.

“The market wants to see if the Fed is going to say we’re actually in a bit of a stickier situation than we thought so we’re going to have to be more aggressive than you have been expecting.”

Fortum (FORTUM.HE) shares surged 14.6% to the top of the STOXX 600, after Germany agreed to nationalise Uniper by buying the Finnish firm’s stake. read more