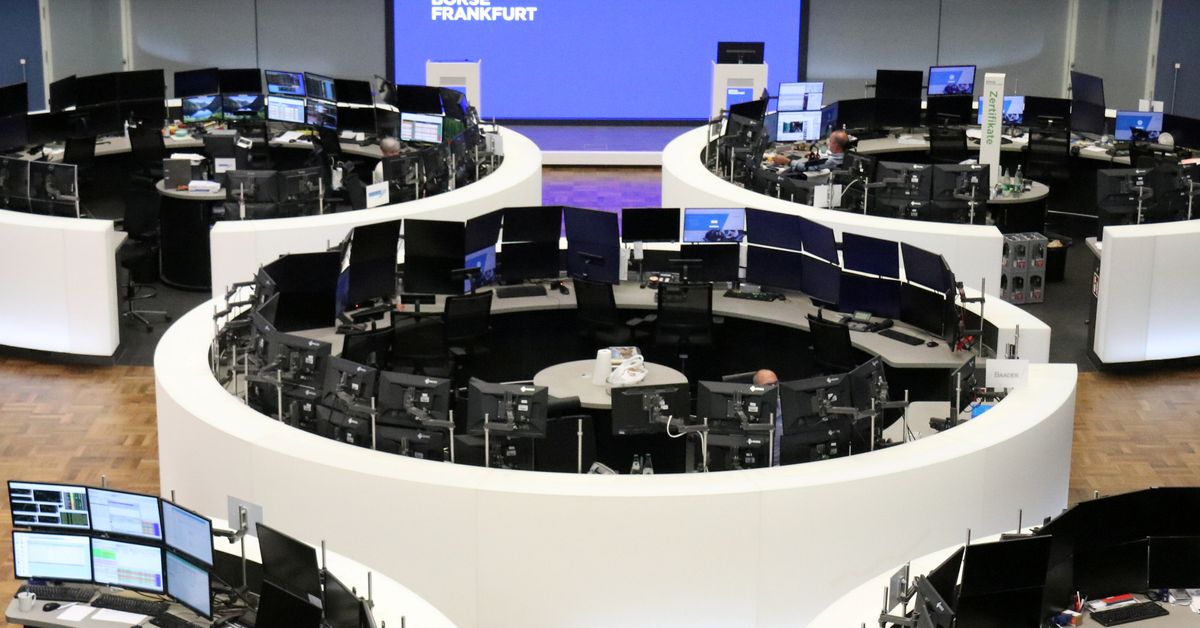 Sept 28 (Reuters) – European stocks sank to their lowest in a week on Tuesday as a surge in government bond yields knocked high-growth technology shares, with fresh signs of a slowdown in China’s economy weighing on investor sentiment.

The pan-European STOXX 600 index (.STOXX) was down 2.2%, its biggest one-day decline in over two months as a jump in U.S. Treasury yields signalled that investors were bracing for higher rates and the risk of persistent inflation.

Technology stocks (.SX8P) fell 4.8% to hit their lowest in two months after their Wall Street peers continued to sell off. They are particularly sensitive to rising interest rate expectations as their value rests heavily on future earnings, which are discounted more deeply when rates go up.

“The pandemic situation remains unresolved. The Chinese economy is slowing and authorities have yet to stimulate forcefully. The Fed is preparing to normalise policy. And the debt ceiling showdown is ongoing,” analysts at BCA Research wrote in a note.

“Heightened uncertainty combined with elevated speculation suggests that the near-term path will be bumpy.”

The weak sentiment across markets overshadowed a survey that showed the mood among German consumers brightened unexpectedly heading into October. read more

While the benchmark STOXX 600 is on course to extend its quarterly winning run, a volatile September took some shine off its third-quarter gains as investors priced in risks of easing global growth momentum and tighter monetary policies.

“We now think that euro zone headline inflation will soon hit 4% and that it will average 2% in 2022. But headline and core inflation still look set to fall over the course of next year, with both settling at uncomfortably low levels for the ECB,” said Jack Allen-Reynolds, senior Europe economist at Capital Economics.

However, a rally in Brent crude futures above $80 per barrel continued to support energy stocks, with the oil and gas index (.SXEP) rising 0.3% to fresh highs since February 2020.

Reporting by Sruthi Shankar and Shreyashi Sanyal in Bengaluru; Editing by Subhranshu Sahu and Arun Koyyur and Alison Williams