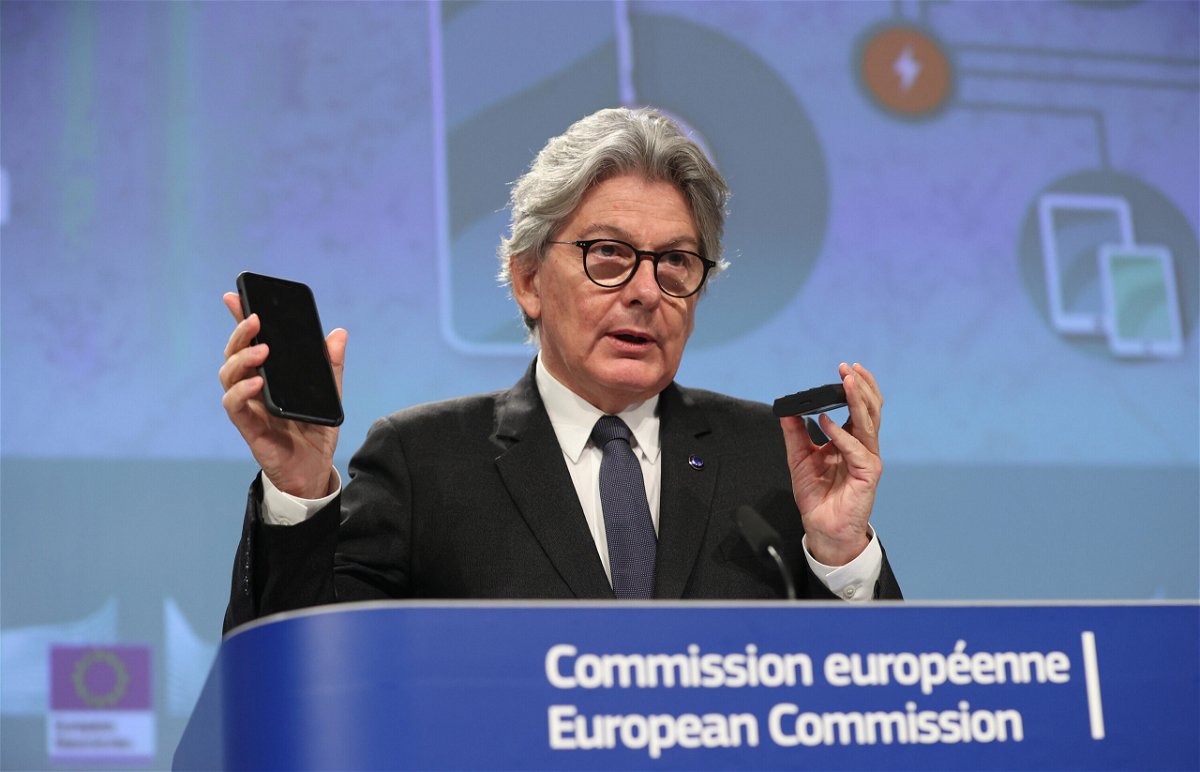 The move is a setback for Apple, which uses its own “Lightning” port on the iPhone. While the new rules are years away from coming into force, Apple could be compelled to make changes to its signature product.

“European consumers were frustrated long enough about incompatible chargers piling up in their drawers. We gave industry plenty of time to come up with their own solutions, now [the] time is ripe for legislative action for a common charger,” EU tech chief Margrethe Vestager said in a statement.

“This is an important win for our consumers and environment and in line with our green and digital ambitions,” she added.

EU citizens own three mobile phone chargers on average, according to the European Commission, the bloc’s executive arm. But 38% of consumers have not been able to charge their phone on at least one occasion because they didn’t have the correct charger to hand.

Roughly €2.4 billion ($2.8 billion) is spent annually on standalone chargers that do not come with electronic devices, according to the Commission.

European officials have been pushing the tech industry to standardize chargers for more than a decade. During that time, the number of mobile phone charging ports on the market has declined from 30 to three.

Apple said it would continue to “engage with stakeholders to help find a solution that protects consumer interest.”

“We remain concerned that strict regulation mandating just one type of connector stifles innovation rather than encouraging it, which in turn will harm consumers in Europe and around the world,” the company added in a statement.