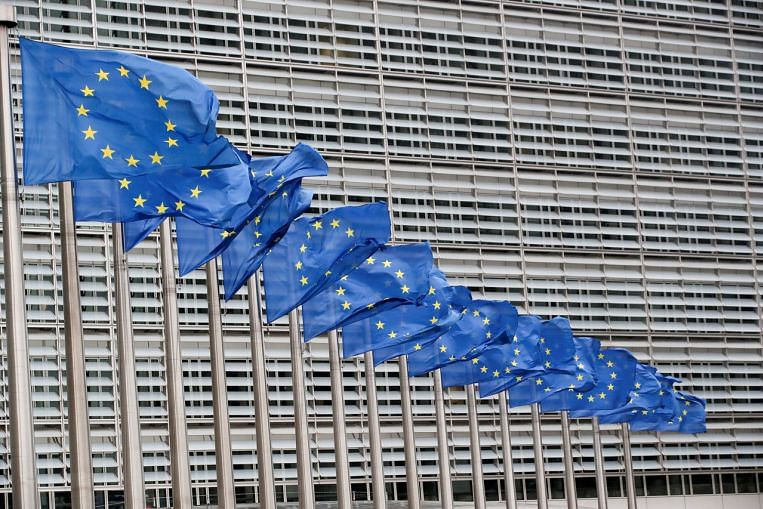 BRUSSELS (REUTERS) – France is seeking to water down a planned joint EU-US declaration on technology cooperation, against the wishes of other EU countries, EU diplomats said on Tuesday (Sept 28).

Senior US and European Union officials aim to discuss semiconductor shortages, artificial intelligence and tech competition issues at the inaugural meeting of the Trade and Technology Council (TTC) on Wednesday.

However, EU diplomats said France wanted to strike out a reference to a second meeting in spring 2022, when the French presidential election will take place.

It also sought to remove language on a proposed semiconductor supply chain partnership that said the EU and the United States were mutually dependent, diplomats said.

“There is a consensus minus one,” one EU diplomat said.

Another EU diplomat said the French view was that security of supply went beyond just a short-term semiconductor issue, including for example vaccines, and that the United States itself did not want to be dependent on the European Union.

France, the diplomat said, had stressed that the approach should be more cautious, with transatlantic trust also needing to be rebuilt.

The European Commission, which oversees EU trade policy, said it was resolving outstanding minor issues and was confident of finalising the statement in good time for the Pittsburgh meeting.

It was not clear how the EU members would reach agreement in time for Wednesday’s TTC meeting, although the European Commission was talking with France and other EU countries, diplomats said.

The six-hour time difference between Brussels and Washington was adding a further layer of complication.

The TTC meeting had been in doubt last week because of French anger over Australia’s scrapping of a US$40 billion (S$54.28 billion) submarine contract and decision to opt instead for a deal with the United States and Britain to buy nuclear-powered vessels.

Diplomats said French reservations were less related to this dispute and more to France’s stronger belief in EU autonomy.