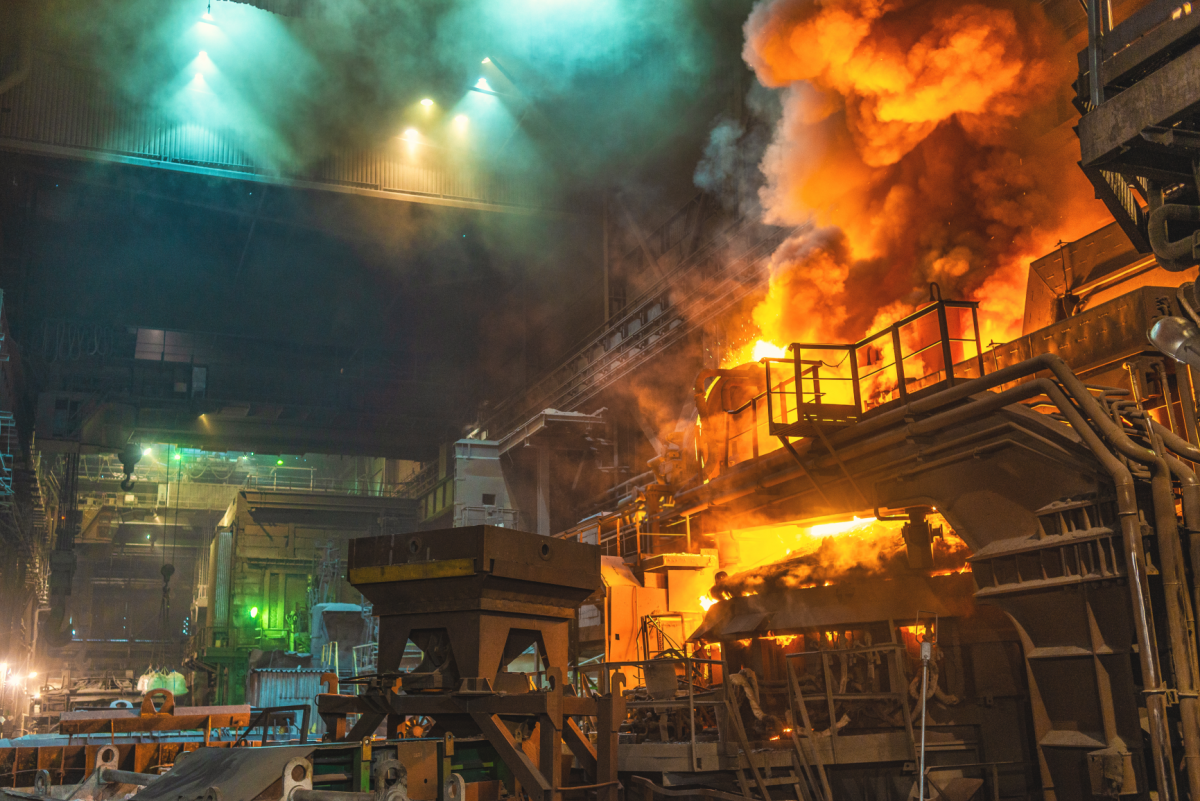 Reinvesting in existing CO2-intensive assets risks creating stranded assets (having to close down assets before the end of their economic and technical lifetime). The recently published REPowerEU plan reiterated and strongly emphasised the need to accelerate decarbonisation in the EU. Replacing coal, oil and natural gas in industrial processes will reduce greenhouse gas emissions, strengthen industrial competitiveness, and support international technology leadership.

A new report by the European Commission’s Joint Research Centre shows that the EU steel industry is mainly focussing on hydrogen-based steelmaking as a decarbonisation strategy.

Meanwhile the industry is exploring carbon capture technologies, notably in partnership with the chemical industry, as a way to capture and use CO2 emissions for the production of chemicals.

The report also describes recent efforts by industry players to decarbonise their steel production, draws together information on pilot projects and industry announcements on the deployment of breakthrough steelmaking technologies (hydrogen-based Direct Reduced Iron [DRI] carbon capture technologies and electrolytic reduction of iron ore), and discusses the associated costs and the role of R&D.

CO2 emissions and energy use in European steel production have already been halved since 1960, and the sector aims to achieve further cuts of 80-95% by 2050[2], compared to 1990 levels. Since the conventional Blast Furnace – Basic Oxygen Furnace production route is highly CO2-intensive (usually with a carbon footprint of 1.6-2.0 tonnes of CO2 per tonne of crude steel produced) and most EU steel mills are operating close to optimum efficiency, the industry is increasingly focussing on hydrogen-based steelmaking to decarbonise the sector.

Several projects announced across Europe aim to replace existing steel production processes with new steel plants based on the direct reduction of iron using hydrogen. The REPowerEU plan highlights that around 30% of the primary steel production in the EU is expected to be decarbonised by 2030 using renewable hydrogen.

The report gathers and compares the results of several external studies that show that with a strong decrease in the costs of renewable hydrogen and an increase in the price of CO2 emissions, hydrogen-based steelmaking could become competitive with current steelmaking costs by 2050.

Instruments such as carbon contracts for difference (highlighted in the report) could reduce the risks of deploying low carbon technologies by hedging the uncertainty in future carbon costs.

The major investment needed to deploy low-CO2 steelmaking plants will however need to go hand in hand with investment in the infrastructure required to enable these solutions (renewable electricity and transmission networks, hydrogen related infrastructure or CO2 transport and storage infrastructure).

The role of R&D

The EU’s ultra-low CO2 steelmaking (ULCOS) programme, co-funded by the Commission, was instrumental in the early development of decarbonisation technologies for the steel industry. ULCOS brought together 47 partners across the European steel industry and research landscape, and was crucial for assessing and developing low-CO2 process routes, which were then adopted by industry.

The report presents several indicators showing that the EU industry was a global leader in the early-stage development of technologies. EU R&D programmes played an important supporting role in their early development, but major investments are still needed to support first-of-a-kind demonstration and commercial deployment.

The Clean Steel Partnership, formally launched in June 2021, aims to bring a range of breakthrough technologies for clean steel production up to large-scale demonstration by 2030. The partnership estimates R&D investment needs up to 2030 to be around €2.6 billion. The partnership will be funded under both Horizon Europe and the Research Fund for Coal and Steel, with the EU contributing €700 million towards this mechanism.

The European Commission’s Innovation Fund, financed by the auction revenues of the EU Emissions Trading System, is expected to play an important role in supporting the demonstration of first-of-a-kind low-CO2 plants.

As part of the REPowerEU plan, the Commission will also roll out carbon contracts for difference under the Innovation Fund to support a full switch of existing hydrogen production in industrial processes from natural gas to renewables and the transition to hydrogen-based production processes in new industrial sectors such as steel-making.

State aid rules on Important Projects of Common European Interest can further boost the implementation of these pilot decarbonisation projects. The European Commission is also facilitating action on research and technology innovation in industry through initiatives bringing together Member States, industry and the research community, such as the European Strategic Energy Technology Plan (SET Plan) and the ERA Common Industrial Technologies Roadmaps.

The report describes the recent paradigm shift among major industry players – globally and especially in the EU – to decarbonise steel production.

The five biggest steelmakers in the world, as well as all the biggest EU steelmakers, have announced decarbonisation targets. In parallel, there is evidence of an emerging market that is willing to pay a green steel premium, as automotive companies are announcing they will use low-CO2 steel in their vehicle manufacturing. By implementing additional regulatory initiatives to create green markets, such as setting green steel standards and green public procurement, the EU has the opportunity to be a frontrunner in the production of low-CO2 steel.

The steel sector generates over 330 000 direct jobs and 2.5 million indirect jobs, making it a key part of the EU economy. Steel production in the EU is dominated by a handful of countries. Germany produced 26% of all EU steel in 2020, followed by Italy (15%), France (8%) and Spain (8%). Just over half of all steel produced in the EU in 2020 (56%) was made via the primary route and 44% was made through the recycling route.