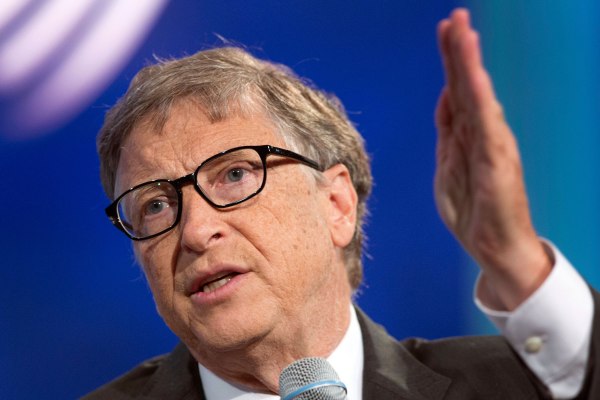 The European Commission has announced a partnership with Bill Gates’ sustainable energy funding vehicle with the goal of unlocking new investments for clean tech and sustainable energy projects totaling up to $1 billion (€820 million) over five years (2022-2026).

EU-based projects the partnership will initially focus on four sectors that are being prioritized for their potential to deliver substantial reductions in regional emissions — namely:

The goal is to scale technologies that are currently too expensive to compete with fossil-fuel-based incumbent technologies.

The pair said they will continue to work on setting up the program over the coming months, with an eye on having something further to announce at the COP-26 conference in November.

It’s not the first time the commission and Gates’ Breakthrough Energy organization have worked together on funding sustainable investment. But the scale of this latest partnership dwarfs the €100 million fund the EU established back in 2019 with its venture investment funding arm.

Now the commission has partnered with Breakthrough Energy Catalyst — a financing program within Gates’ organization that aims to accelerate the development and adoption of technologies needed to underpin a low-carbon economy — to mobilize up to 10x more than the earlier fund to build large-scale, commercial demonstration projects for clean technologies.

The overarching goal is of course to lower the costs and accelerate deployment of clean tech in order to deliver significant reductions in CO2 emissions in line with the Paris Agreement.

The bloc is a major emitter of CO2 but has committed to achieving net-zero emissions by 2050, under the European Green Deal.

Gates’ philosophy with his 2015-founded Breakthrough Energy vehicle, meanwhile, is that renewables alone won’t be enough to avert catastrophic climate change — and investments in a range of high risk but potentially high reward technologies is also needed.

But given the lengthy time scales needed for a return on these types of investments, public-private partnerships look like a key piece of the financing puzzle.

Commenting on the partnership announcement in a statement, EU president Ursula von der Leyen, said: “With our European Green Deal, Europe wants to become the first climate-neutral continent by 2050. … Europe has also the great opportunity to become the continent of climate innovation. For this, the European Commission will mobilise massive investments in new and transforming industries over the next decade. This is why I’m glad to join forces with Breakthrough Energy. Our partnership will support EU businesses and innovators to reap the benefits of emission-reducing technologies and create the jobs of tomorrow.”

In another supporting statement, Gates, founder of Breakthrough Energy, added: “Decarbonising the global economy is the greatest opportunity for innovation the world has ever seen. Europe will play a critical role, having demonstrated an early and consistent commitment to climate and longstanding leadership in science, engineering, and technology. Through this partnership, Europe will lay solid ground for a net-zero future in which clean technologies are reliable, available, and affordable for all.”

On the EU side, funding for the partnership is expected to come from the bloc’s flagship R&D fund, Horizon Europe, and also via the low-carbon-focused Innovation Fund within the framework of the InvestEU program.

The partnership will also be open to national investments by EU Member States through InvestEU or at project level, the commission noted. It added that a call for expressions of interest for potential InvestEU implementing partners is currently open until June 30, 2021.

Renewable energy and clean(er) transport were also key focus areas for the massive €750 billion “Next Generation EU” coronavirus recovery fund put together by the commission last year — which said it would borrow money on the financial markets through the issuance of bonds for post-pandemic recovery — with that money pegged to be channelled through EU programs between 2021 and 2024.

The bloc’s lawmakers have also suggested that digitization and AI technologies — which are other areas it’s pegged for major investment — will play a key supporting role in Europe’s green transition.