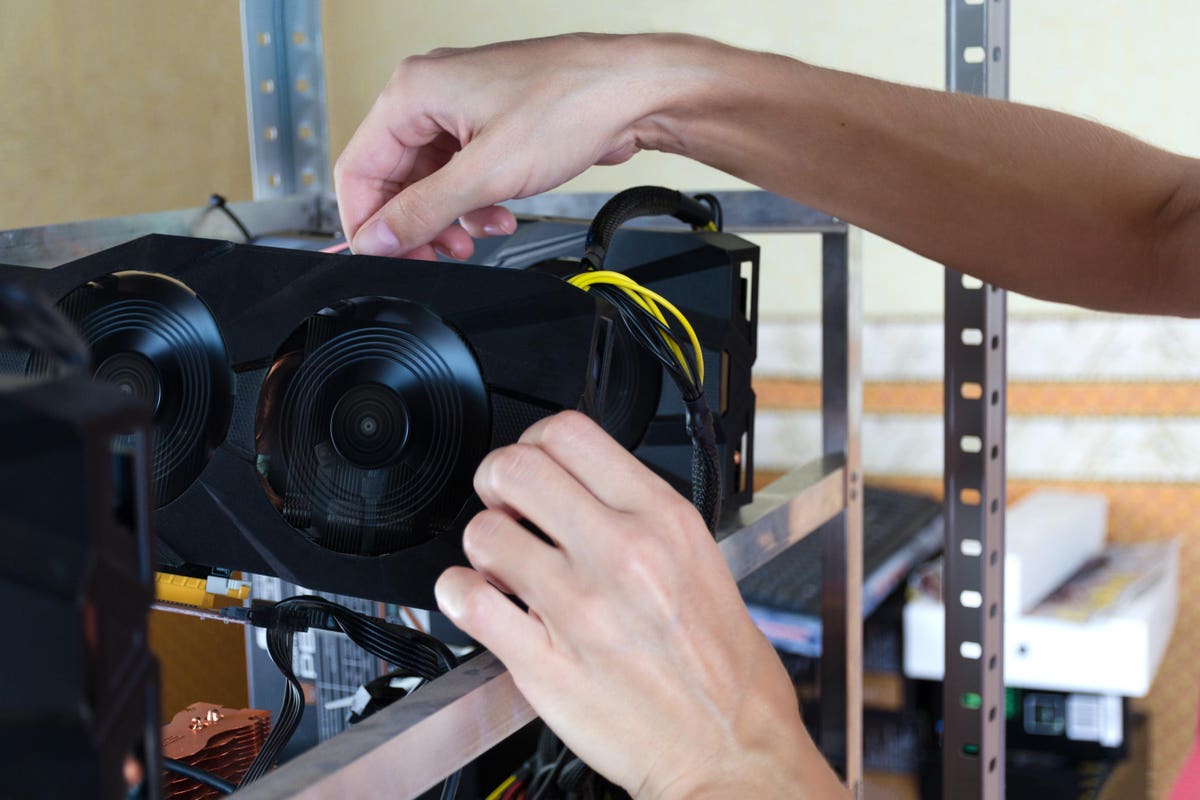 Crypto miners are turning to cloud computing and artificial intelligence as Ethereum begins the so-called Merge without incident.

The blockchain’s switch to a proof-of-work model from proof-of-stake will make it much more energy efficient, an important catalyst for the struggling crypto industry but one that will leave the miners who validated transactions and created new coins holding a lot of specialized computer gear that will no longer be useful in creating the No. 2 cryptocurrency.

HIVE Blockchain (Nasdaq: HIVE) said Tuesday it has a pilot project for testing a portion of its mining equipment in cloud computing at a Tier 3 data center. Such centers have multiple sources of power and cooling systems and do not require a total shutdown during maintenance or equipment replacement.

The Vancouver, Canada-based company has been using a range of Nvidia’s flagship graphic processing units (GPUs) to mine ether, Ethereum’s native cryptocurrency, but these GPUs, capable of supporting large data sets, can also be used for purposes including AI acceleration and virtual simulations, according to Nvidia. HIVE said it does not own Nvidia’s special-purpose CMP GPUs, which are limited to cryptocurrency mining. The miner said it produced 3,010 ETH in August, worth nearly $5 million, but sold its holdings of the currency to fund the expansion of its bitcoin mining operations.

Similarly, another Canadian crypto miner, Hut 8 Mining (Nasdaq: HUT), announced that in late August it had installed 180 NVIDIA GPUs in its data center in Kelowna, British Columbia to repurpose these machines for providing “artificial intelligence, machine learning, or VFX rendering services to customers” on demand.

Falling profits against the backdrop of plummeting crypto prices put publicly traded miners like HIVE and Hut 8 in a squeeze, pushing their shares down by more than 60% this year.

The miners have also been beset by the lack of post-Merge alternatives. According to crypto intelligence firm Messari, Ethereum miners generated nearly $19 billion in revenue in 2021. To replace the lost revenue, some companies, including HIVE, said they would consider mining alternative proof-of-work coins such as Ethereum Classic, however, the market capitalization of these cryptocurrencies is less than 5% of Ethereum’s $194 billion.

The likely outcome of a successful Merge is that GPUs will flood the resale market as alternative proof-of-work coins will only remain profitable for a small number of miners with access to cheap energy, writes Messari analyst Sami Kassab. “Miners willing to invest the time and additional capital will be able to transition into high-performance data centers or node operators/providers for Web3 compute protocols — both rapidly growing markets.”

Ethereum Miners Will Have Few Good Options After The Merge