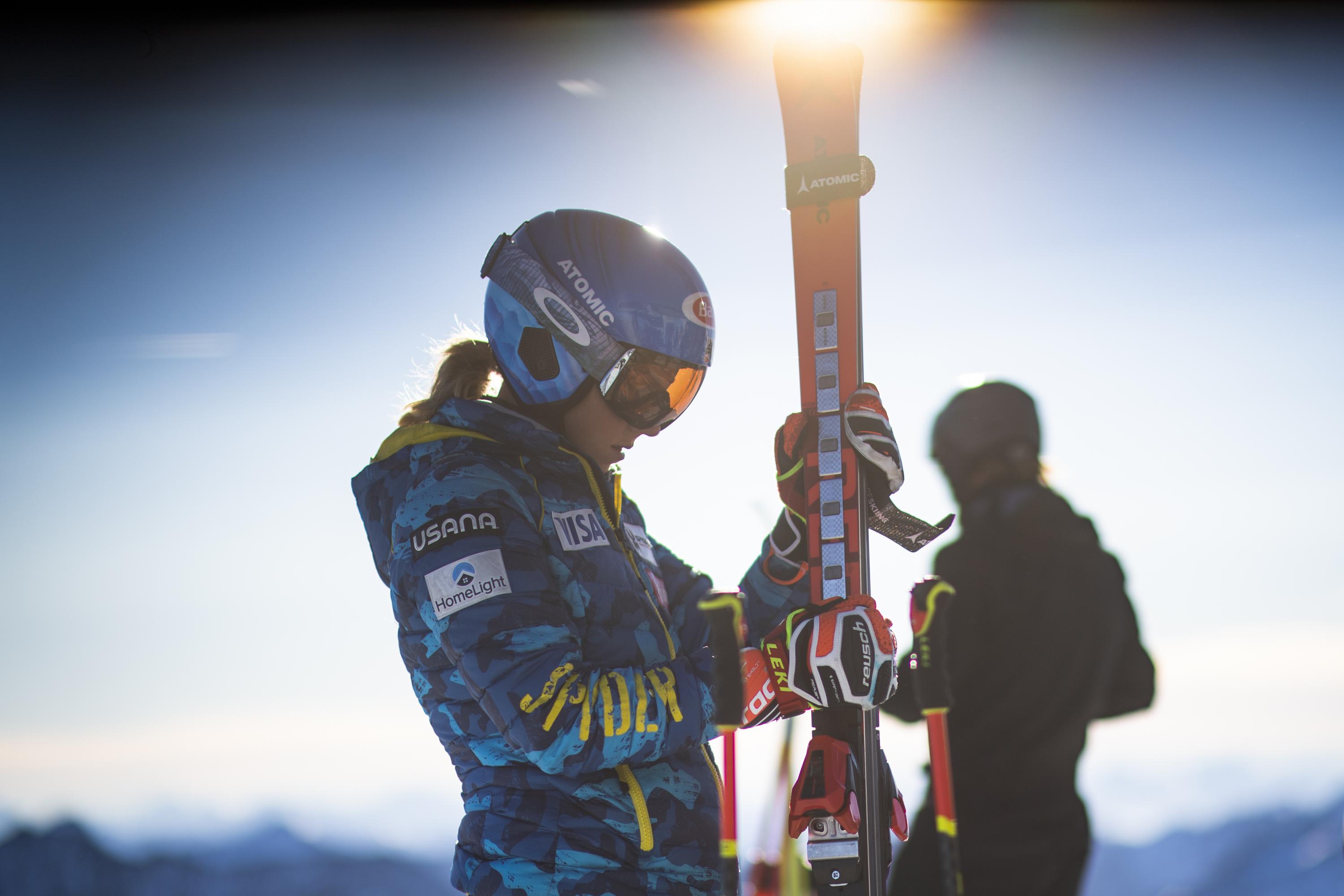 SÖLDEN, Austria (AP) — Alpine skiing heads into its Olympic season this weekend with the first World Cup races of a 37-event schedule that looks more balanced than in previous years.

Both the men’s and the women’s calendars include 18 speed races and 18 technical events, plus one parallel competition.

It should make for a more level playing field, after slaloms and giant slaloms used to significantly outnumber super-G and downhill races, thus favoring technical specialists over speed racers for the overall World Cup title.

“It can be interesting because now it is the same in all disciplines. Who wants to fight for the overall, I think, must ski well in both (tech and speed),” said Petra Vlhova, who starts the defense of her first overall title at a giant slalom on the Rettenbach glacier on Saturday.

The men open with a GS on the same hill the following day. The World Cup season culminates with the finals in March in Courchevel and Méribel, the French resorts hosting the 2023 world championships, and is interrupted in February for the 2022 Beijing Olympics.

While French racer Alexis Pinturault is regarded by many as a favorite to successfully defend the men’s title, Mikaela Shiffrin is widely expected to be a main contender for the women’s title again after the American standout announced her return to speed races, having reduced her schedule almost exclusively to slalom and GS last year.

“A lot of women have a very high level of skiing, the competitions have been really challenging and have even more depth than the last years,” said Shiffrin, who is aiming for her fourth overall title.

“Everybody is raising the level, which is just cool to be part of. It may be a little bit more nerve-wracking as well, but we have to see where everybody stacks up. You never know until you actually get into a race and see what everyone is doing.”

Slalom and GS are the core events for Vlhova, however the defending champion from Slovakia competed in all 31 races on the women’s calendar last season to edge former overall champion Lara Gut-Behrami, who usually gathers most of her points in the speed disciplines.

For 2021-22, the women’s calendar includes nine races for each of the four disciplines.

The situation is slightly different on the men’s side, with 10 slaloms and eight giant slaloms, and 11 downhills and seven super-G races.

“With equal chances for all it will become even more exciting. There will definitely be more names in the mix for the overall,” said Marco Schwarz, the slalom World Cup champion from Austria who finished third in the men’s overall standings last year. “You still have to wait and see how it works out during the season. Speed races are more vulnerable to weather conditions so maybe not all of them can take place.”

“The situation is not 100% fair between tech events and speed events,” the Frenchman said. “If you are a super-G guy, then you miss four races compared to the downhillers. If you are running downhill, super-G and GS, then you have one more race than slalom, GS and super-G. It has to be 100% equal and the only possibility for that is to have nine races in each discipline.”

Pinturault suggested that skiing could implement a rule which allows athletes to scratch a certain number of results, so a few canceled races or bad finishes do not have an immediate impact on the overall standings. Biathlon, for instance, has such scratch result rule.

Following the election of Johan Eliasch as president of the International Ski Federation last spring, a workgroup has been installed to develop plans for the future of Alpine skiing.

The men’s overall titles have been won by technical specialists almost every year in the past decade, with Ivica Kostelic (2011), Marcel Hirscher (2012-19) and Pinturault finishing on top.

The only exception was the 2019-20 season, which was cut short in March 2020 amid the coronavirus outbreak. Among the six races canceled were twice as many tech events, allowing speed specialists Aleksander Aamodt Kilde and Federica Brignone to win the championships.

Brignone was the first skier from the faster disciplines to land the women’s title since Gut-Behrami in 2016. Shiffrin (2017-19) and Vlhova, who both started as slalom specialists, took the honors in the following years.