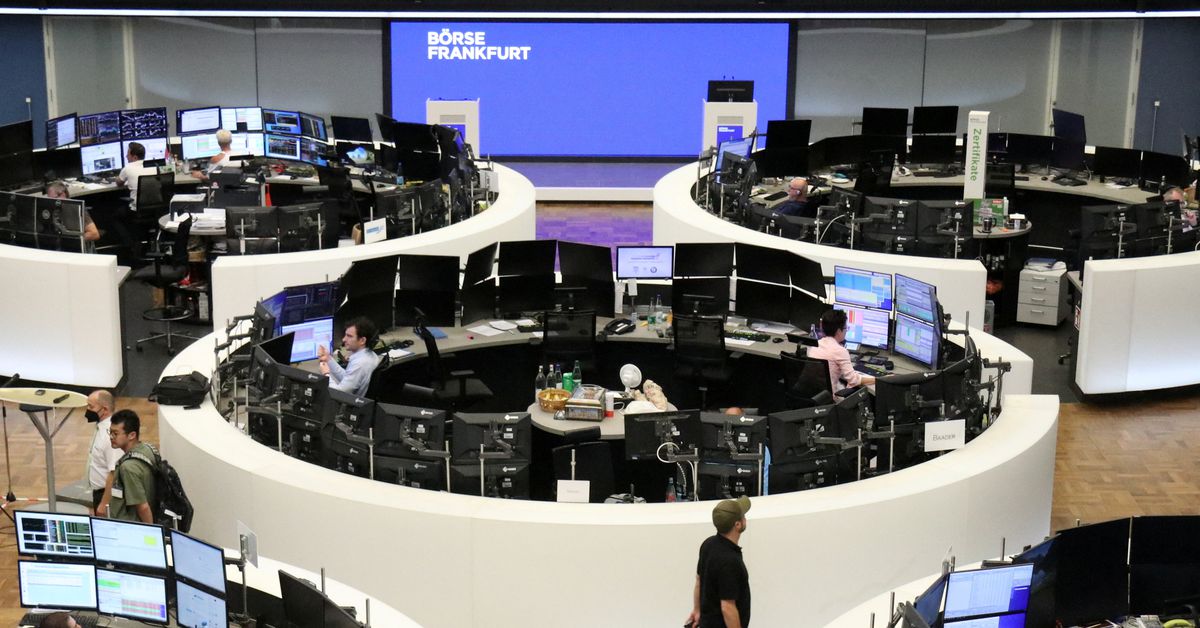 Aug 25 (Reuters) – European shares ended higher on Thursday as oil and tech stocks rose, although gains were capped by mounting concerns over a possible recession induced by an energy crisis.

Russia will halt natural gas supplies to Europe via Nord Stream 1 for three days from Aug. 31, piling pressure on the region as it seeks to refuel ahead of winter.

“Our year-end target for the STOXX 600 is 410, but the downside risks are growing with higher natural gas prices and increased probability that Europe will fall into a recession,” said Sutanya Chedda, an equity strategist at UBS.

A Reuters poll is indicating that the STOXX 600 may fall to 425 points by year-end. read more

“Stocks are ticking higher after a largely indecisive day that has seen European indices tread water while U.S. tech giants provide a positive influence on the other side of the pond,” said Joshua Mahony, senior market analyst at online trading platform IG.

“Ultimately, markets await the views of one man, with Jerome Powell due to appear in Wyoming tomorrow to bring clarity over how he sees the Fed policy reacting to the economic crisis.”

Germany’s DAX (.GDAXI) rose 0.4% as data showed its economy expanded by 0.1% in the second quarter, beating expectations. A separate survey showed the economy was set to shrink in the third quarter, while business morale fell in August. read more

The benchmark STOXX index has lost about 11% this year as markets assess the impact of rapidly rising interest rates and raging inflation on consumer spending and company earnings amid the energy crisis.

Minutes from the European Central Bank’s meeting last month showed policymakers appeared increasingly concerned that high inflation was getting entrenched at a time the bloc risks a recession. read more

Money markets are now pricing in 100 bps of ECB rate hikes by October. A 50 bps hike is fully priced in for September, plus a small probability of a 75 bps move.