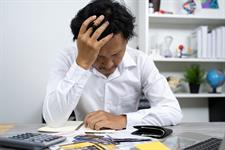 Nearly three-quarters (71 per cent) of employees say their employer has not adequately kept up their pay with the cost of inflation, a recent poll has revealed.

The poll by Visier, which collected data from 2,010 employees in June, also found that nearly half (43 per cent) said they would be forced to find other ways to make money if their employer did not do more to support them with the cost of living.

Almost a fifth (17 per cent) said they plan to hand in their notice at work in order to take on a job with a higher salary, and 14 per cent want to increase their perceived value by showing their employer that they can take on another job somewhere else.

While the vast majority (94 per cent) thought it wasn’t possible for salary packages to keep up with the rising cost of living, 79 per cent said their employer has a responsibility to support employees in managing it.

Ian McVey, managing director EMEA at Visier, said “an increasingly competitive labour market, ongoing economic uncertainty and the rising cost of living” will all make it more likely that employees will leave a company if their remuneration package is not up to scratch.

Almost three in five (58 per cent) of the employees surveyed said they would not feel guilty about handing in their notice to improve their employment package. Of these, 63 per cent would do so if another employer paid more, while 45 per cent cited the competitive recruitment market.

More than three in five (67 per cent) of those willing to hand in their notice said that they would do this to be able to pay energy bills.

Meanwhile, three-quarters (79 per cent) of those surveyed said that working from home would lead to benefits like saving money on commuting, and 47 per cent said it would save them money on lunch at work.

The survey also found that employees would employ ‘reverse retention’ tactics – threatening to leave their company in order to be offered a pay rise to encourage them to stay: 25 per cent said they would stay at their current company if they were offered a 9 to 10 per cent pay rise.

The study comes as separate data from Elio Group also revealed half (51 per cent) of employees believe their employer should help with the rising cost of living.