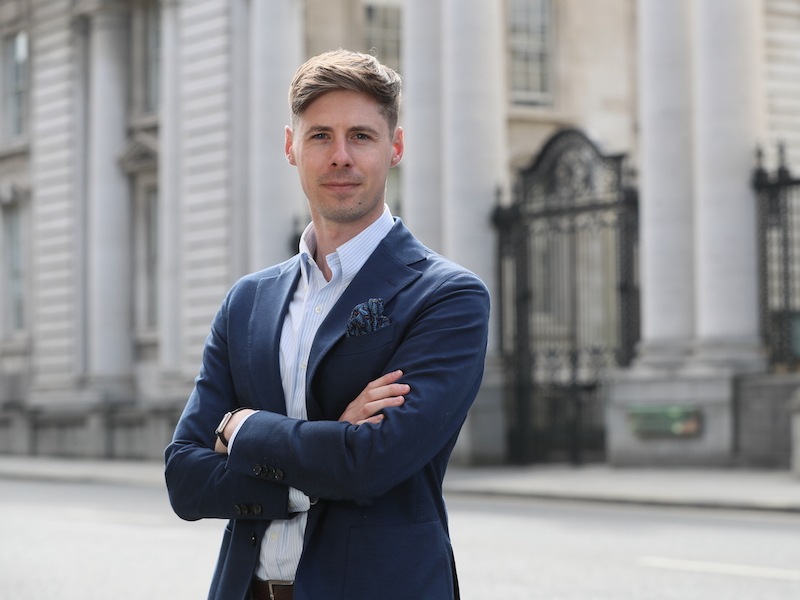 LONDON — FleishmanHillard has hired Hadassah Cullen as UK head of consumer health. Cullen joins from Brands2Life, where she led integrated communication and influencer engagement campaigns for leading consumer health companies. In her new role, she will focus on growing the consumer health and wellness portfolio within the agency’s consumer and brand marketing team, as well as leading on existing clients such as J&J Acuvue, Fitbit Health Solutions and Unilever. Cullen will work closely with Nina Bautista, FleishmanHillard UK’s operational and practice lead.

LONDON — Also at FleishmanHillard, former Cabinet Office head of campaigns Charley Green has joined the agency as an associate director in its public affairs team. Green spent five years in the Government Communication Service, and for the past two years has worked across Whitehall, including running digital campaigns for Black History Month and International Women’s Day. She will become part of FleishmanHillard UK’s public affairs leadership team and will work across the business and with Omnicom sister agencies to support public sector campaign briefs.

LONDON — Portland has hired Justin Talbot as a director to lead its employee engagement offer. Talbot joins from Marks & Spencer, where he was a senior communications manager working with the international business, finance and digital teams, as well as working on an internal campaign around the retailer’s priorities and values. He has also worked in internal communications roles at BT, Knight Frank and EDF Energy. In his new role, he will advise on internal communications, behavioural and cultural change, and employee engagement strategies.

FRANKFURT — Brunswick Group has appointed Paul Scott, who has been with the firm since 2005, as its European managing partner. Incumbent Janos Goenczoel, who has been in the role for three years and has been a Brunswick partner for 12 years, will become a senior advisor.

LONDON — FTI Consulting has appointed Carolina Madrid and Matt Park-Young as managing directors in the digital and insights practice within its strategic communications segment in London. Madrid joins from Weber Shandwick, where she was digital VP, based in Manchester. Park-Young joins from FleishmanHillard UK, where he was a partner and head of social and innovation.

LONDON — Allison+Partners has promoted Dan Whitney to managing director of marketing innovation for Europe and global creative services. He will lead the integrated offering alongside UK and Ireland partner and managing director Jim Selman.

DUBLIN — Boutique agency CW8 Communications, which works with technology companies and scale-ups in emerging technology, fintech, agtech, blockchain and web3 technology, has hired Colm Woods as senior director and corporate practice lead. Woods (pictured) joins from US multinational Aramark, where he served as director of communications and head of ESG for Northern Europe, leading the team responsible for PR, internal communications, public affairs, crisis and issues management, B2B digital media, as well as overseeing the region’s ESG and Net Zero strategy. Woods started his career at PSG Communications (now part of Teneo Ireland) before moving to the Middle East, where he worked with firms such as Edelman and Consulum.

LONDON — Digital and SEO agency Rise at Seven has appointed Ben Topliss as head of design, working on social, web, graphic and motion assets as well as brand and creative executions. Topliss was previously design director of global marketing agency IMA-Home, working between the Manchester and New York offices.

LONDON — Strategic communications consultancy Rud Pedersen has hired Katie Frank as associate director. She was previously co-ordinator of the Northern Research Group, a Parliamentary caucus of Conservative MPs. As Rud Pedersen scales up its UK team of public affairs specialists, Frank brings experience of policy and campaigns work with members of the European and Scottish Parliaments in addition to her time at Westminster, as well as a stint at Portland Communications.

BERLIN — Finsbury Glover Hering has appointed Eva Christiansen, former media advisor and department lead in the German chancellery, as a partner. She will join the consultancy in July, focusing on leadership positioning and reputation management.

LONDON — Independent digital marketing agency Mediaworks has named Leigh Gammons as its chief customer officer. Gammons joins after seven years at WPP, where he was CEO of Wunderman Thompson Technology.

LONDON — Sustainability and social-impact focused agency Fox + Hare has made two senior hires, appointing Lotte Good as client director and Toby Donaldson as planning director. Good joins from M&C Saatchi World Services, where she was a senior account director, while Donaldson was previously a principal consultant at Archetype. The duo will work closely with co-founders Craig Hares and Ben Fox and creative director Ben Golding.