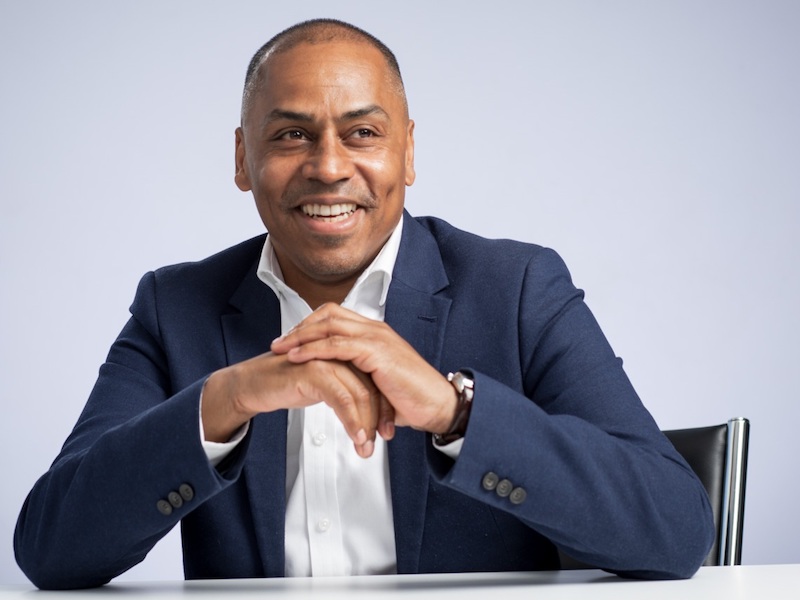 LONDON — Simon Enright, who has been communications secretary for the Prince of Wales and the Duchess of Cornwall for the past 18 months, is joining Freuds this October as chair of Freuds Advisory. Enright was director of communications for NHS England for 8 years until 2021, after an early career in broadcast journalism with the BBC. In his new role, Enright will offer senior counsel to clients across the Freuds business.

BRUSSELS — Ketchum Brussels has promoted Meisoon Nasralla to creative lead. Nasralla joined the agency in 2020 from Porter Novelli, and in her new role will lead a seven-strong creative team across creative idea generation, copy, design and content development. Nasralla will work alongside Barbara De Laet, Ketchum Brussels strategic planning and insight lead, who joined the agency last year from BBDO in Belgium.

LONDON — Brunswick Group has hired Issi Saumtally (pictured) as a partner and its firm’s first chief data officer, to lead data and analytics capabilities. Saumtally was most recently chief data officer for the UK government’s Cabinet Office, where he was responsible for establishing the department’s new data practice and defining its data strategy. Previously, he was interim head of data strategy and solution at mobile network Three, and before that head of architecture at RSA and an enterprise data architect at HSBC. He has also held senior data roles at Barclays, RBS Group, Capgemini, Deutsche Bank and UBS.

LONDON — European public affairs and strategic communications group, Rud Pedersen, has added to its fast-growing London office with the appointment of Chelsea Whyte as a consultant. Previously supporting the Liberal Democrats’ Leader in the European Parliament, Catherine Bearder MEP, Whyte most recently served as political, campaigns and communications assistant to the Mayor of Watford, Peter Taylor, successfully re-elected in May. Earlier, she worked as a policy adviser for the Opposition Forum at Surrey County Council.

LONDON — Impact & Influence has appointed Sir Nick Harvey as chair of its advisory board. Harvey was Liberal Democrat MP for North Devon from 1992 until 2015 and led the party’s campaigns and communications from 1994-1999. He served as minister of state for the armed forces from 2010 to 2012 and after leaving Parliament chaired the trustees of the Joseph Rowntree Reform Trust and worked for Global Partners, where he was an adviser on Egypt and Jordan. Harvey started his career as a communications professional, including at Citigate Dewe Rogerson. Impact & Influence was founded in 2020 by Rishi Bhattacharya, a former senior executive at Edelman and Instinctif Partners, with a focus on next-generation companies, ESG and impact investing.

LONDON —Crypto communications pioneer Martyna Borys-Liszka has been appointed as PR director at Serotonin, a marketing firm and product studio for web3. Borys-Liszka, who is chair of the PRCA’s financial services and fintech group, was previously an account director at specialist cryptocurrency PR agency YAP Global. Serotonin has a global team of 60 employees offering services across content, design, PR, growth, events, community, and social media. The agency works on projects including Decentralised Finance (DeFi), Decentralised Autonomous Organisations (DAOs), web3 infrastructure, NFTs and the metaverse for clients including Sotheby’s and Liverpool Football Club, Polygon Studios, Decentraland and Protocol Labs. In addition to its marketing services, Serotonin has created an in-house venture studio that builds and launches Web3 software companies: its first spin-out is Mojito, an NFT commerce suite.

HAMPSHIRE, UK — Jargon PR has appointed Miranda Warmington as its first head of talent. Warmington will handle staff onboarding, remuneration, appraisals, training and employee engagement for the agency’s 25-strong team across its Reading, Manchester and London offices, as well as expanding its talent as the business targets £3 million in fee income this year. Warmington has more than 20 years’ human resources experience and was previously head of HR at nursery and baby products company Green Sheep Group.