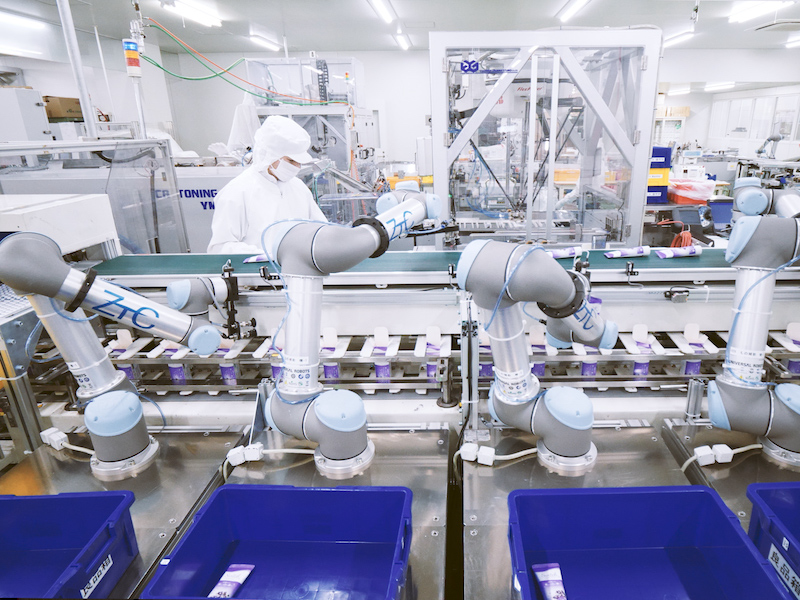 LONDON — Danish robotics company Universal Robots (pictured) has appointed Brands2Life as its UK agency, after a competitive pitch. Brands2Life has been tasked with highlighting the benefits of automation in manufacturing work at a time of labour shortage.

LONDON — Cirkle is working with the UK business of FMCG analytics firm IRI after a four-way competitive pitch. The agency’s brief covers communications, digital marketing and building the profiles of IRI executives. The programme will be led by Cirkle’s managing partner for corporate reputation & B2B, Annemarie Penderis.

LONDON — Lettings technology platform Goodlord has chosen tech PR specialist Wildfire as its UK PR agency. Wildfire has been tasked with underlining Goodlord’s reputation as a trusted leader in lettings data and technology, used by more than 1,000 lettings agencies in the UK, managing over £700 million in rent.

LONDON — Also at MWW, the agency has launched a UK PR internship and accelerator programme, LEAP (Learn, Earn and Progress), working in partnership with youth mentoring charity, Shadow to Shine, in the charity’s first PR industry affiliation. The programme ranges from media relations and content creation to digital marketing, research, and analytics, and the internship will comprise of a mix of bootcamp-style learning, mentorship and hands-on experience across MWW practice areas including technology, brand marketing, purpose and digital. MWW aims to attract applicants who otherwise would not have had the opportunity to start a career in PR.

LONDON — The PHA Group has been appointed by wearable tech and infrared sportswear brand Kymira to raise awareness of its garments and textiles that aim to improve athletes’ performance, accelerate recovery and reduce the chances of injury. Kymira products are designated as medical devices and are used across the elite sports, medicine, military, space research and PPE sectors. The firm was founded in 2013 by athlete and biochemist Timothy Brownstone, who discovered that infrared light could accelerate cell performance and healing during his own recovery from injury.

LONDON — Lovat Parks, the B Corp holiday parks company, has appointed Kindred as its retained communications agency, after a competitive pitch. The agency has been briefed to develop and deliver integrated activity that will bring more millennials and young families to Lovat Parks’ luxury holiday sites across the UK. Kindred’s remit will include retained community engagement, brand building and regular integrated campaigns alongside creative brand moments, while driving awareness of the brand’s B Corp credentials through owned and earned channels.

ABUJA, NIGERIA — The Association of National Olympic Committees of Africa (ANOCA) has announced a long-term partnership with APO Group, the pan-African communications consultancy and press release distribution service, to gain greater international media coverage of the Olympic movement in Africa. ANOCA is an international organisation that brings together the 54 African national Olympic committees and helps to mediate with governments, provide young athletes with the foundation for success, and works against doping, corruption and violence. In 2026, Africa will host its first ever global Olympic Games when the Summer Youth Olympics are held in Dakar, Senegal.

LONDON — Cognito has been appointed by fintech unicorn PPRO, a provider of digital payments infrastructure, to raise the brand’s profile in the European financial technology market as it expands globally after raising £132 million in funding last year.

LONDON — The John Doe Group has introduced a new experiential agency, Ktchn, founded by two members of its senior leadership team. Celine Khor and Gill Lamont will assume the roles of joint managing directors for the new company, with an initial team of six across London and Glasgow. The new venture will create experiences to help brands connect with Gen Z, as well as underrepresented and misrepresented audiences. Founding clients include Red Bull, Distell International and ASK Italian. Khor was previously head of events at Fabric, Oval Space, and The London Craft Beer Festival before joining John Doe four years ago to create experiences for Chivas, Instagram, Malibu and Absolut. Lamont ran events in in Ibiza before joining John Doe’s Glasgow office nine years ago, and has worked with clients including the Scottish FA, UEFA, BAFTA Scotland, DF Concerts, Tennents Lager, and Hotels.com.

LONDON — Consumer sport, fashion and lifestyle communications agency Gung Ho, which works with clients including New Balance, Speedo and Berghaus. has acquired influencer marketing platform, Freestak. The deal will see Freestak, which specialises in endurance sport including running, cycling and outdoor, become a division of the agency. Freestak currently reaches around 1,000 content creators across the UK, Europe and the US. Gung Ho also recently launched a talent management platform, Gung Ho Represents.

MANCHESTER — Smoking Gun has been appointed by Landmann BBQs to handle UK PR. The agency will support the German barbecue manufacturer with press office, product placement and PR campaigns as the summer season gets underway. Landmann was recently bought by Social Chain as part of its acquisition of DS Group.