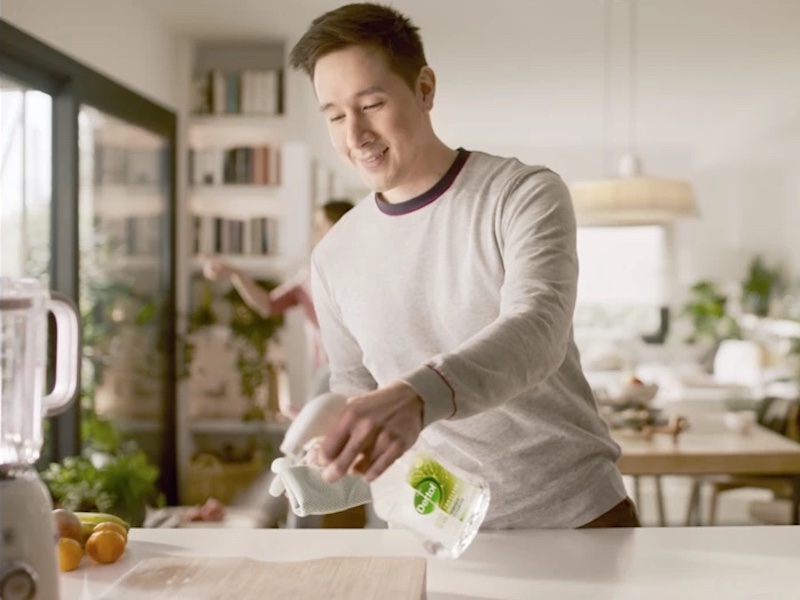 LONDON — Ankorstore, a B2B wholesale marketplace that offers a product catalogue of over 20,000 brands to 250,0000 retailers across Europe, has appointed Clarity to run its UK communications program. Clarity will partner with the platform to grow brand awareness among key audiences and to establish the company as a trusted partner to retailers and brands. Three years after its launch in 2019, Ankorstore reached unicorn status at a valuation of €1.75 billion. Its most recent Series C funding round raised €250 million. Clarity has also worked with Ankorstore on a new brand partnership with British high street champion Mary Portas to act as an advocate for independent retailers and brands.

LONDON — Reckitt has appointed Splendid Communications as a strategic social and content agency for its household cleaning brand Dettol UK (pictured) after a competitive pitch. The agency has been briefed to develop and content strategy and creative guidelines for all UK social channels, which will also outline a three-year evolution of the brand across social platforms and an always-on social plan, including content creation and reactive cultural content. The Splendid team will also be launching an influencer programme to build brand equity and engagement amongst Dettol UK’s target audiences.

LONDON — The Space Between, the sports marketing agency for challenger brands, has been appointed by World Rugby and Rugby New Zealand to deliver an earned media campaign to reach new audiences and drive ticket sales ahead of the forthcoming Rugby World Cup, being hosted by New Zealand in October this year. This month the Rugby World Cup 2021 “Family Reunion” digital marketing campaign launched as tickets for the tournament went on sale. The Space Between’s campaign will complement the marketing campaign with PR and digital activity focused on lifestyle media, to get new fans to attend the Women’s Rugby World Cup. The agency has expanded its team with a presence in New Zealand to provide local market support and implementation. The account will be overseen by The Space Between co-founder Lisa Parfitt and communications lead Nicola McKelvey.

LONDON — Luxury global strategy and marketing agency Issa PR has been appointed to launch a new cocktail bar and restaurant, The Long Lane in Smithfield, London. The agency will handle overall communications strategy, media relations and the official launch this summer.

LONDON — On The Edge, a conservation charity that uses entertainment and storytelling to reconnect humanity with the natural world, has appointed Praytell to handle the launch of an upcoming web series in the US and UK. The foundation has previously used popular digital platforms and motion capture technology to create short-form videos, as well as releasing mobile games that highlight the plight of critically endangered animals such as kakapo, aye-aye and pangolin. Praytell will work with the in-house team to drive earned media in both markets, raising awareness of the work of the foundation.

LONDON — Brazen has been appointed by Sixes, the UK-based immersive cricketing experience, to handle consumer PR nationally, including new site openings. The five existing Sixes social cricket venues feature batting nets available to hire by the hour, alongside cocktails, beers and burgers. As well as national campaigns and regional events, Brazen will maximise the brand’s connections with The Hundred and the England and Wales Cricket Board.

LONDON — Metaverse platform Virtua has appointed 33Seconds as its retained PR agency, with a brief to drive awareness of the brand in the areas of blockchain technology and extended reality. The agency is responsible for all UK press office activity, as well as developing and implementing regular creative campaigns.