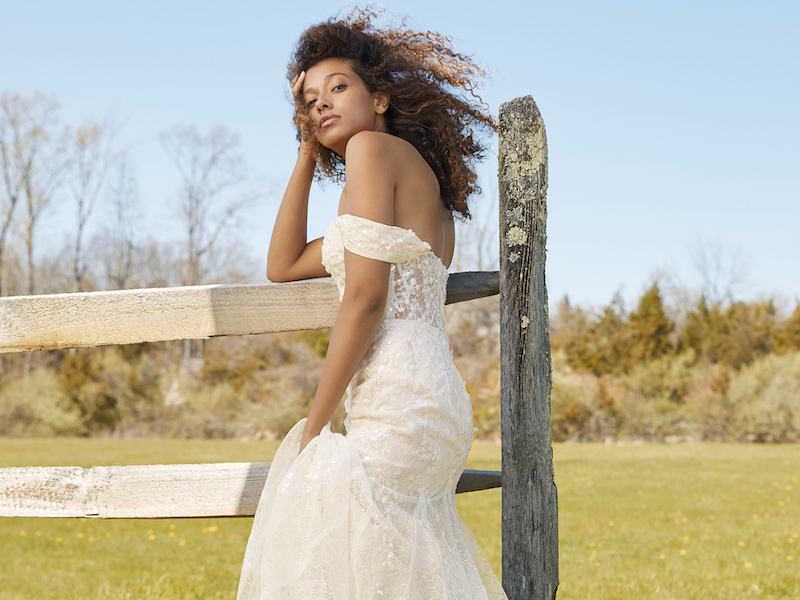 LONDON — Bridal and special occasion wear retailer David’s Bridal (pictured), the largest bridal retailer in the US, has appointed Milk & Honey on a new brief to elevate its brand awareness in the UK after a competitive pitch. The agency will lead an ongoing consumer PR and social programme to boost the brand’s presence in the UK.

LONDON — Clarity has forged a long-term pro bono partnership with LGBTQ+ charity Opening Doors to raise the organisation’s profile and boost awareness of the services it offers to the over 50s. Following global Pride month, Clarity began working with Opening Doors as part of its commitment to provide impactful support to the LGBTQ+ community.

DAKAR, SENEGAL — Global humanitarian organization Mercy Ships has named APO Group as its public relations and communications partner in Africa. Founded in 1978, Mercy Ships has deployed hospital ships to countries all over the world, delivering safe, free surgical care and medical training to people who lack access; more than 93% of the population of sub-Saharan Africa cannot afford many surgical procedures. Mercy Ships and APO Group have already worked together on a number of projects, including an international symposium, where representatives from 29 African nations gathered to develop a roadmap to accelerate access to surgical, obstetric and anaesthetic care in Africa by 2030, and the maiden voyage of the ‘Global Mercy’, the world’s largest purpose-built civilian hospital ship.

LONDON — Ready10 has been appointed by esports performance brand Fnatic, which has run 200 championships across 30 different games since it was founded 18 years ago. after a competitive pitch. The agency will support the brand in reaching casual and core gamers in the UK, developing campaigns alongside press office and thought leadership.

LONDON — Sunny Side Up has been selected by Roasting Plant, a rapidly-growing, premium US coffee brand, to introduce the brand to Londoners. Roasting Plant currently has stores in a number of cities across the US, as well as five in London, with further expansion planned in both countries. The company offers a range of different grinds from a variety of origins around the world and bills itself as the only coffee retailer which roasts its beans fresh in every single store. The agency has also been appointed by independent online florist, Serenata Flowers, on a brief that covers consumer media relations and influencer relations to bring the brand’s ‘happiness delivered’ proposition to life.

MANCHESTER — Brazen has been appointed by OnBuy, the UK-based online marketplace, to handle retained consumer PR activity after a competitive pitch. OnBuy is the first exclusive client for Brazen’s newly-created Newsroom, headed up by former Fleet Street journalist Adam Moss, which focuses on driving exposure for brands via newsmaking and newsjacking. Brazen Newsroom’s work is already paying off for the brand: its accumulated earned media share of voice was at its highest in June this year, surpassing rival Etsy for the first time.

LONDON — GrandNanny, a new intergenerational childcare service supporting mature job seekers into work and providing crucial childcare for working parents, has chosen Shook as its PR agency. GrandNanny is the first tech-enabled childcare service to focus on childcare offered by people over 50. The agency will support the team with campaigns to show the benefits of GrandNanny to the economy and parents across the UK.

LONDON — Fintech start-up Bluechain has hired Hard Numbers as its PR agency of record, with a focus on driving earned media coverage for the billing and payments company. Hard Numbers will promote Bluechain and its technology to enterprise businesses with SME, mid-market and consumer customers.

LONDON – Personal car leasing company ZenAuto has appointed Kindred as its PR agency following a competitive pitch. The agency has been briefed to develop and deliver digital campaigns that show how ZenAuto – part of Zenith Group – can help people find a car that suits their life stage, their lifestyle and their commitment to sustainability. Kindred will create awareness of the benefits of leasing – especially for those looking to make the switch to electric – to support the nation’s transition to greener technologies and transportation. The first campaign this month will amplify ZenAuto’s new brand strategy and creative.

MANCHESTER — Historic entertainment complex Winter Gardens Blackpool has selected Mediaworks on a digital, social media and paid search technique as it goes through a process of digital transformation. Mediaworks will be supporting the venue as it moves from Ticketmaster to its own ticketing platform.

LONDON — Aduro has been hired by leading Latin American wine producer Concha y Toro to launch its new Diablo range in the UK. The integrated communications agency will handle the strategy, measurement and output of Diablo’s social presence, including developing the brand’s social tone of voice.

LEEDS, UK — Campervan and motorhome sharing community Camplify has appointed The Lucre Group to support UK PR strategy with media relations, campaigns and partnerships after a competitive pitch. Founded in Australia in 2015, the travel company expanded to the UK four years ago with a mission to help make “van life” accessible. Since then it built a community of “van-trepreneurs” by helping them unlock the earning potential of their vehicles.

CHESTERFIELD, UK — Roaring Mouse Public Relations has been appointed by the British Security Industry Association (BSIA), the trade body for the professional security industry in the UK, to help recruit 62,000 new security officers and change outdated perceptions of the industry. The BSIA has started consulting with its members, which provide over 70 percent of private security services in the UK, on plans to launch its biggest ever recruitment drive. Roaring Mouse will work with the BSIA and its members on an integrated PR campaign to reach people including former police officers and members of the armed forces with positive messages about opportunities in the professional private security sector.

LONDON — App-based puppy training programme Zigzag. backed by behaviourists, scientists and pet industry businesses, has appointed Words + Pixels to launch its service in the UK and manage ongoing consumer and industry PR. The agency will focus on campaigns to educate consumers about the importance of training puppies properly, and the impact this can have on abandonment and rehoming, as well as building credibility within the pet industry.

LEEDS — Literary sports writing prize The William Hill Sports Book of the Year Award has appointed Umpf to help raise awareness of the competition and drive entries after a competitive pitch. Since launching in 1989, the prize has attracted thousands of entries including books by last year’s winner Michael Holding, Nick Hornby, Marcus Trescothick and Duncan Hamilton. Umpf will be supporting William Hill with media relations, social media content development and community management, influencer outreach and campaign activations to promote the event and drive entries from publishers and authors.