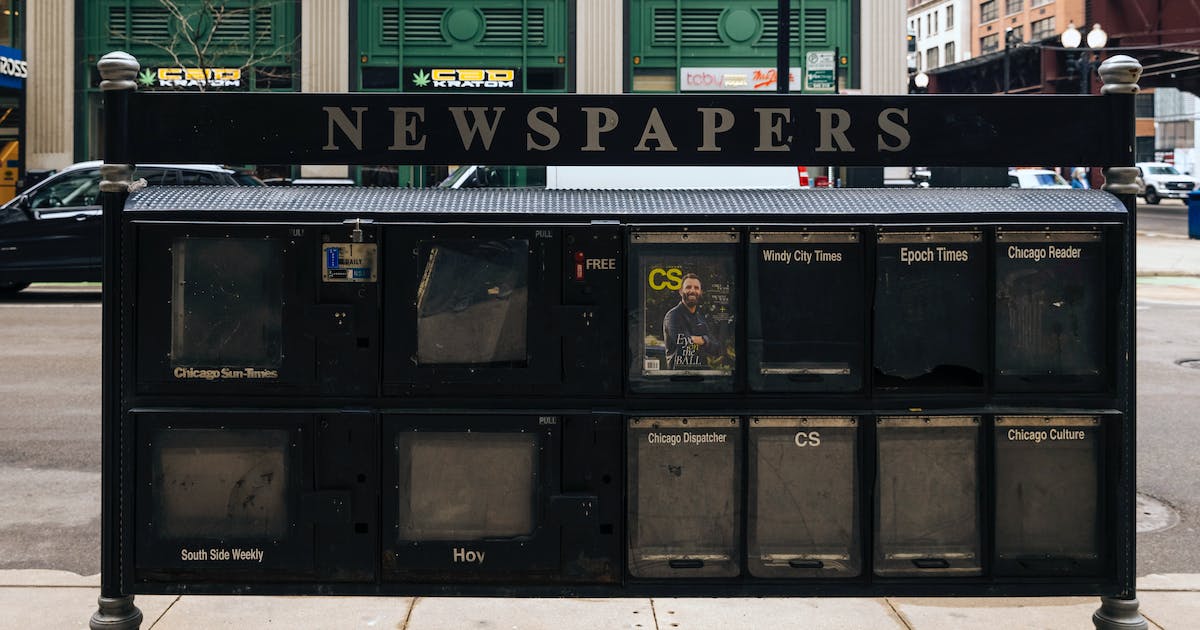 Journalism is so fundamental to the workings of a democracy that the founders made freedom of the press first in the Bill of Rights. But this industry, so vital to an educated citizenry, is being financially undermined by two monoliths that have taken the content generated by newspapers, TV, radio and others and used it to reap massive profits while refusing to provide any compensation.

Nothing about that is fair, and the repercussions go far beyond the fate of any single newspaper or TV station. Content costs money to produce. Yet two of the biggest consumers and distributors of that news, Facebook and Google, pay nothing to populate their feeds with a steady stream of news from outlets worldwide. Meanwhile, those news outlets are dying at a rapid rate.

And as long as media outlets are left to fend for themselves, there will be little they can do. These digital giants have shown little compunction about just how far they are willing to go. France, in 2021, hit Google with a $593 million fine for its failure to negotiate in good faith with media companies over use of their content, which falls under European Union copyright rules.

When Australia’s News Media Bargaining Code became law, with its insistence on fair compensation, Facebook made good on its threat to restrict publishers and people in that country from sharing or viewing news content. That law was an effort to address the vast imbalance of power between the Australian news media and two of the world’s largest digital platforms.

“That showed us what we were in for,” Danielle Coffey, executive vice president and general counsel for the News Media Alliance, told an editorial writer. “We are not dealing with willing participants.”

That is why the Journalism Competition and Preservation Act (JCPA), a bipartisan effort spearheaded by Minnesota Democratic Sen. Amy Klobuchar and Republican Sen. John Kennedy of Louisiana, is so vital. The act would grant a four-year exemption to antitrust legislation, giving U.S. media outlets, from the largest to the smallest, time and the ability to negotiate as a single entity with the tech platforms that have been cannibalizing them.

Klobuchar, who calls herself the “proud daughter of a newspaper man,” is also an expert on antitrust laws and recently wrote “Antitrust, Taking on Monopoly Power from the Gilded Age to the Digital Age.” The exemption, she told an editorial writer, is needed to level the playing field against the digital giants.

“We’ve lost 2,200 local newspapers across the country,” she said, including dozens in Minnesota. Why? Not readership, which remains as strong or stronger than ever for many outlets. “It’s revenue,” Klobuchar said. “It’s just like following breadcrumbs to the problem.” News revenue plummeted from $37 billion in 2008 to $9 billion in 2020, she said. Meanwhile, “Google and Facebook have become advertising titans, with a combined worth of $2.4 trillion.”

Their actions in Europe and Australia, she said, “are what monopolies do. That’s why a bill is necessary. This would just allow everyone to work together so that the small newspaper in Lanesboro that’s trying to negotiate with Facebook can get a fair shake.”

The situation has become dire. Since 2004, the U.S. has lost one-fourth of its newspapers, according to the University of North Carolina Hussman School of Journalism and Media. That includes 70 daily newspapers and more than 2,000 weeklies or non-dailies that operate in smaller communities. Nationwide, 1,800 of the communities that have lost a paper do not have easy access to any local news source, including radio or online.

Klobuchar said that to maintain the independence of news media in this country, “they must be given a chance to compete fairly and to get compensation for what they produce.”

Full disclosure here: The Star Tribune, which is profitable now, would benefit from such legislation, but to no greater extent than any other media outlet. “This would be across the country,” Michael Klingensmith, publisher and CEO of the Star Tribune, told an editorial writer. “Any producer of news, including broadcasters, newspapers, radio, news websites would benefit. It is simply payment for access.”

Klingensmith noted that even subscription paywalls have been compromised by search engines’ ability to grab snippets of news. It is also not fair to subscribers, who pay for their news while the two largest tech platforms’ refuse to do the same.

The Alliance’s Coffey said a couple of elements stand out in this legislation compared with other countries. “Republicans don’t want heavy-handed regulation,” she said. “It’s very important to us that this be a bipartisan bill. The government here is not deciding anything. We also have made sure that anything we do would be as a collective, so that every [media] outlet will benefit in proportion to its contributions and based on market value.” Refusal to negotiate, she said, would result in civil penalties.

The founders of this country intended a free and independent press to be the watchdogs of our society. Is it a perfect system? No. But to lose that is to become dependent on knowing only what those in power — at every level — wish us to know.