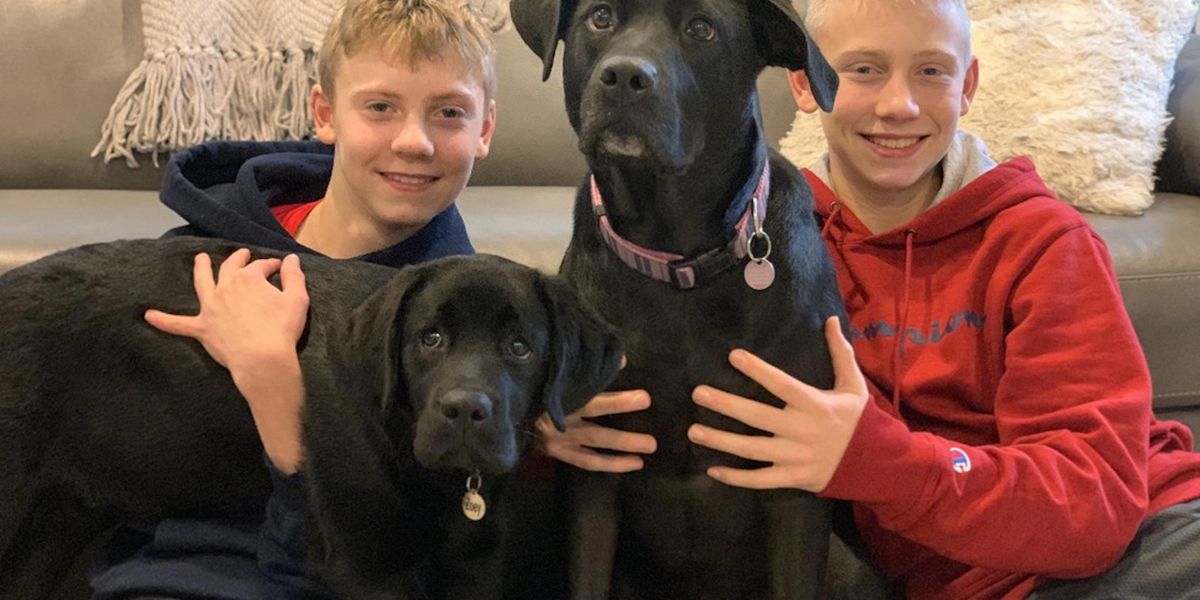 “My wife, who grew up with dogs, convinced me that we should get a dog our first year in graduate school. I very begrudgingly agreed, and have been a dog person ever since,” said Akey, a professor with Princeton University’s Lewis-Sigler Institute for Integrative Genomics.

Akey’s turnaround as a dog lover is impressive because he’s now part of a nationwide research effort called the Dog Aging Project, which aims to help dogs live longer.

What’s more, he’s even enrolled his own 1-year-old purebred Labrador, Zoey, as one of the participants.

With 32,000 dogs already signed up to the program’s “pack,” the Dog Aging Project intends to figure out why canines tend to age at vastly different rates and why some breeds fall prey to different illnesses.

“Dogs vary enormously in how long they live, and in the spectrum of diseases they’re at risk of,” said Daniel Promislow, a professor of biology, laboratory medicine and pathology at the University of Washington in Seattle.

“Some breeds get cancer quite frequently, some rarely get cancer, some have heart problems, other breeds never get heart problems. The primary goal of our project is to understand why it is that dogs vary so much in how they age and how long they live,” said Promislow, principal investigator for the project.

Everyone tends to think of “dog years” as roughly human years times seven, but it’s not that simple, the researchers said.

Big dogs tend to age more rapidly, as much as 10 times faster than humans. On the other end of the spectrum, little dogs can live up to 20 years old and have “dog years” more akin to five times human years.

The Dog Aging Project hopes to enroll as many as 100,000 pooches during its 10-year run, Promislow said. Researchers detailed the project, which was founded in 2018, recently in the journal Nature.

“The more dogs we have, the more power we have to ask scientific questions and to answer them better,” Promislow said. Within a few months, the team plans to open their enormous dataset to share with scientists around the world.

Akey is now in the process of sequencing the genomes of 10,000 dogs in the project.

“This will be one of the largest genetics data sets ever produced for dogs, and it will be a powerful resource not only to understand the role of genetics in aging, but also to answer more fundamental questions about the evolutionary history and domestication of dogs,” Akey said.

The genetic data will help us “not only to better understand the genetic basis of dog diseases to improve canine health, but to also make inferences about how domestication and artificial selection has shaped the dog genome,” Akey said.

The study could prove a boon to your canine companion, said Dr. Jerry Klein, chief veterinary officer for the American Kennel Club.

“The study of aging and longevity using dogs has always been fascinating, as dogs of different breeds and types are known to have different maturation rates dependent upon their genetic programming,” Klein said. “Studying large groups of dogs of all ages and breeds with interest in analyzing the DNA of exceptionally long-lived dogs might help us gain as better understanding of the aging process in dogs which, in turn, could shed a light into the aging process of other creatures, including humans.”

“Dogs get a lot of the same age-related diseases as humans do, so if we can understand what the biological or environmental risk factors are for those diseases in dogs, that could help us understand the same things in humans,” Promislow said. “Because dogs age so much more quickly than humans do, we can learn a lot more quickly what those factors are. What might take many decades to learn about in humans would take a few years in dogs.”

Participation in the project is fairly easy — visit dogagingproject.org and sign up your pet.

Private information will be protected, Promislow said, and data shared with other researchers will be fully anonymized.

Most dog owners will be asked to fill out an annual survey that will help researchers track the health and aging of their pet, Promislow said.

Some owners will be asked to submit a cheek swab from their dog so that researchers can isolate and analyze DNA, Akey said. Veterinarians might also be asked to take fur, fecal, urine or blood samples for select canine participants.

And at this point, 1% of dogs that sign up are being given the opportunity to participate in a clinical trial for a drug called rapamycin that might prove a fountain of youth for canines and humans alike, Promislow added.

Rapamycin is currently approved for human use to help prevent rejection in organ transplants, Promislow said. But in the lab, the drug has been shown to slow biological processes that contribute to aging.

“It’s a pathway that’s important for regulating how organisms take in nutrients and use them for growth,” Promislow said. “It turns out that in many different organisms in the lab — in worms, in fruit flies, in mice — when you slow down that pathway, you extend life span.”

The Dog Aging Project has more about its methods and goals.