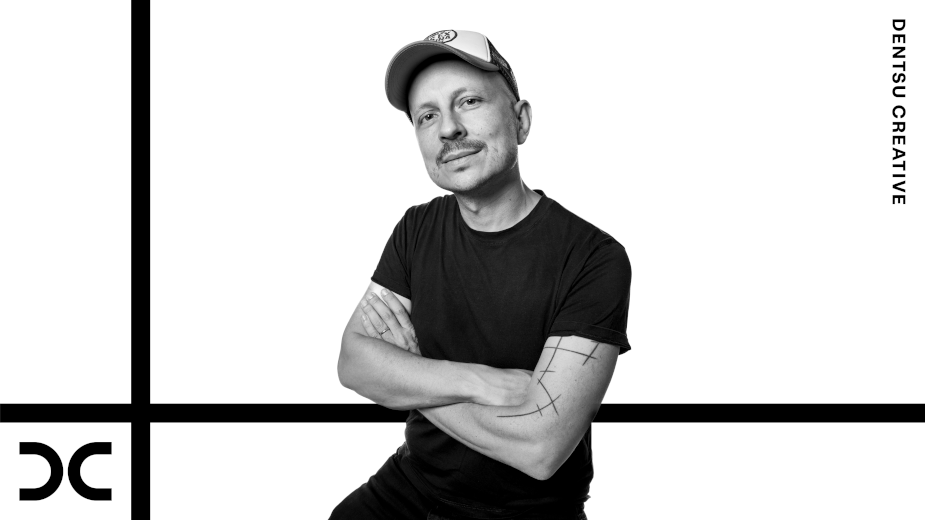 DENTSU CREATIVE, the global creative network, has announced the appointment of Riccardo Fregoso as chief creative officer of Italy. He joins from Publicis Italy where he was global ECD.

“Having a creative like Riccardo join us, with a long list of international successes, is a fundamental step in our journey. We believe that creativity has the power to create culture, change society and invent the future: that’s what we call Modern Creativity. Riccardo brings experience, quality and an approach perfectly aligned to our vision, combining ideas, strategy, creativity, data, technology and excellent craft,” says Emanuele Nenna, chairman and CEO for Italy of DENTSU CREATIVE.

DENTSU CREATIVE, led internationally by Global CCO Fred Levron, was born from the union of all the creative brands of the dentsu group, and was officially launched at Cannes Lions 2022, where it immediately received the prestigious ‘Agency of the Year’ award. In Italy, this new creative agency includes over 250 people, with clients including American Express, DAZN, Generali, Skoda and Spotify, making it one of the top players in the market. Committed to being a force for good, DENTSU CREATIVE is also the first network agency in Italy to be named a Benefit Corporation, upholding the legal standards of operating as a purpose-driven business contributing to an open, inclusive and fair society.

“We are investing in the best creative talent in EMEA. Italy is already one of the top three DENTSU CREATIVE markets in the region, and we believe it has great potential. Hiring someone of Riccardo’s quality, whose approach and work encapsulates our vision of Modern Creativity, shows our ambition for this important market.” says James Morris, CEO EMEA & UK, DENTSU CREATIVE.

Riccardo is one of the best known and most respected European creatives internationally, thanks to his integrated creative approach and strong portfolio of global campaigns and awards, gained over the past 14 years.

His most significant work includes the launch of Netflix France at Ogilvy Paris in 2015, for which he won the first Data Lions for a French agency; Nestlé Purina’s ‘Street-Vet’ campaign (nine Lions at Cannes Lions 2019); and Barilla’s ‘Playlist Timer’ campaign, which saw a brand not used to creative recognition win four lions at Cannes in 2021, as well as numerous other international awards.

Fred Levron, global CCO Dentsu International said, “Get ready Italy. Riccardo’s drive for creative excellence is unstoppable. I can’t wait to see him in action as he will bring his magic touch to a roster of fantastic clients at our Italian agency.”

“It’s not often that you find yourself in the right place at the right time. Dentsu is investing in this agency, which has great potential. I believe that there is no other group today, offering the opportunity to invent a truly new way of using creativity horizontally, able to influence and being influenced by media and CXM, the other two great souls of Dentsu,” affirmed Riccardo Fregoso, adding: “In Italy we have a great team and approach to culture and work, which makes all the difference. Among the many and ambitious goals we have set, there is one that is very clear, and very beautiful: to make this agency the place where everyone can make the best work of their career.”

Originally from Milan, Riccardo graduated in Philosophy and Aesthetics at the University of Bologna and at the Sorbonne in Paris. He began his advertising career in France at BETC and then worked in international groups such as TBWA, Ogilvy, McCann (winning Agency of the Year in Cannes in 2019 for the first time while he was there) and was most recently at Publicis Italy.

Riccardo is also a passionate photographer. In November, after three years of research and shooting exclusively on film, he will present his first photographic exhibition, ‘Adriatico’, at Paris Photo 2022.