Eric Schwartz has been appointed chief executive officer by the board of CyrusOne, the Dallas-based global data center developer and operator specializing in delivering state-of-the-art digital infrastructure solutions. His appointment is effective on or about Oct. 1, the company said. 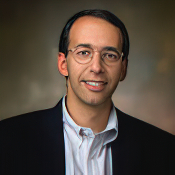 Schwartz succeeds Dave Ferdman, who has served as CyrusOne’s interim president and CEO since July 2021. Ferdman, founder of CyrusOne, will continue to work with the company as a member of its board.

“Eric brings tremendous experience as a leader to CyrusOne, having served as an executive at Equinix for 16 years, including leading the EMEA region for over a decade, leading the development of data centers for large-scale customers, and playing an integral role as a member of the company’s global leadership team,” KKR Partner Waldemar Szlezak said in a statement.

For the past 16 years, Schwartz has been an executive at Equinix in several roles, including leading the EMEA region for Equinix from 2008 to 2019, CyrusOne said in a statement. During that period, Equinix EMEA achieved substantial growth both organically and through acquisitions and established itself as the market leader in the EMEA datacenter industry, the company said.

More recently, Schwartz led strategy and development for Equinix, including the company’s xScale program and joint ventures focused on developing datacenters for large-scale customers. Schwartz also was an integral member of the company’s leadership team, helping to define and drive the positive, successful culture for which Equinix is known.

Global Infrastructure Partners Partner Will Brilliant said this about Ferdman’s time at CyrusOne’s helm: “We greatly appreciate Dave’s contribution in coming back to the CEO role to guide the company through the recent acquisition and growth and are confident that he will continue to support the company in the future as a member of the Board.”

Mr. Schwartz said he’s focusing on success at the company.

“Since the acquisition, Dave and the leadership team have done a great job growing CyrusOne with an ambitious investment program and focused execution, and I look forward to joining the company and helping our team continue to achieve success.”

Sign up to keep your eye on what’s new and next in Dallas-Fort Worth, every day.