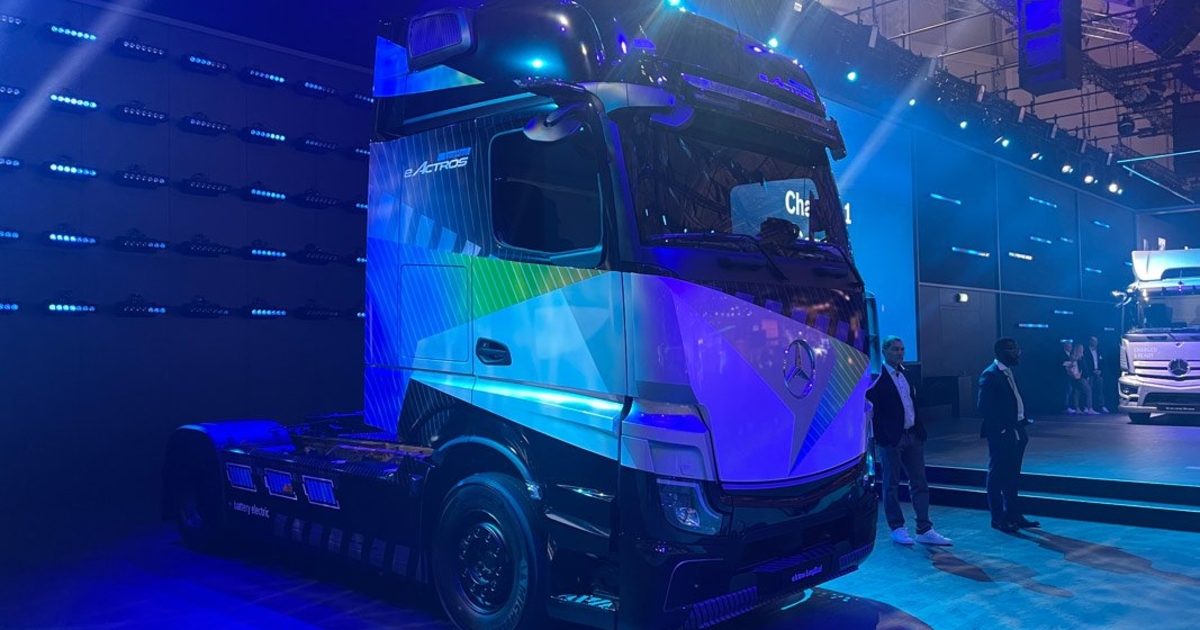 HANOVER, Germany — Daimler Trucks is migrating its battery chemistry to a formula that eliminates nickel and cobalt to improve durability and reduce competition with the passenger car business for scarce materials.

Daimler will gradually move its vehicles to lithium iron phosphate batteries it has developed in partnership with China’s CATL. Iron and phosphate cost far less and are easier to mine than other battery materials.

“They are both cheap and plentiful almost everywhere and will definitely help to reduce the pressure on the battery supply chain as adoption grows,” said Sam Abuelsamid, an analyst with Guidehouse Insights.

Daimler, the German parent of Freightliner and Western Star truck brands, announced the strategy as it debuted a longer-haul electric truck for the European market at IAA Transportation 2022 on Monday.

“My fear is if the entire passenger car market, not just Tesla or the high-end cars, moves to batteries, there will be a fight,” Martin Daum, Daimler Truck’s CEO, told Automotive News. “And a fight always means higher pricing.”

“The much lower cost, superior durability and safety make LFP a very appealing prospect for many use cases, especially commercial vehicles,” Abuelsamid said.

Freightliner and other Daimler brands now use NMC chemistry that relies on lithium and manganese in addition to nickel and cobalt.

Much of the passenger car industry will stick to NMC chemistry that uses nickel and cobalt because those batteries have greater energy density. That allows for greater range in a small vehicle, Daum said.

Still, there is some movement even among passenger car makers to LFP batteries, Abuelsamid said, especially entry-level models. Tesla, for example, is starting to use LFP technology for some vehicles it manufactures in China.

“We expect that LFP will probably account for at least one-third of the EV battery market in the second half of the decade as most manufacturers adopt for at least some applications,” Abuelsamid said.

Besides Tesla, Volvo and Ford plan to incorporate LFP batteries into some of their vehicles.

Daum said the technology makes good sense for large commercial vehicles like electric Freightliners. The trucks have enough space for larger batteries that compensate for the lower energy density of LFP chemistry.

Technology advances may further narrow the gap. An expected shift in cell-to-pack architectures will eliminate the modular structure in batteries and help overcome the reduced energy density of LFP chemistry, Abuelsamid said.

That’s because the new design doubles the amount of active energy-storing material in a battery pack to 70 percent to 80 percent, he explained. According to Daum, LFP also offers better longevity because it doesn’t suffer the same level of degradation after thousands of cycles. Many in the industry consider LFP batteries safer because they operate at a lower temperature and are less likely to catch fire.

The massive scale of the passenger vehicle market and its advantage as the first mover create sourcing challenges for later entrants such as commercial vehicle manufacturers, Niese said.

The truck will have the new LFP batteries when it goes into production in 2024. Daimler, which owns Mercedes-Benz Trucks, said it would have a range of about 483 km (300 miles).

Although Daimler plans to sell the eActros in Europe, its batteries and other technology will appear in a future eCascadia model, Daum said.

“We are looking for maximum commonality on all platforms,” he said.