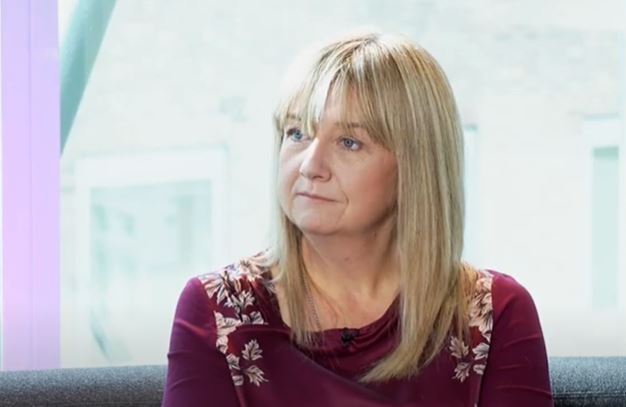 In a world where investment banks are keen to diversify their ranks by hiring and promoting more women, and where women are especially sought for the more male-dominated technology functions, it’s worth noting that some banks have pockets of senior women in top technology jobs. One of those banks is Credit Suisse.

The Swiss bank announced today that it’s recruited Joanne Hannaford, the former head of EMEA technology at Goldman Sachs and a long-time proponent of women in technology careers. After a pleasingly long gardening leave, Hannaford will be joining Credit Suisse in Zurich in January, where she’ll be chief technology and operations officer and will presumably arrive just in time for the implementation of the conclusions to the business review currently being undertaken by Credit Suisse chairman António Horta Osório.

Hannaford is replacing James Walker as COO of Credit Suisse (Walker is off to America where he’ll be deputy CEO of Credit Suisse Holdings USA). She joins a phalanx of other senior women working in the Swiss bank’s technology team.  – Credit Suisse’s global information officer (CIO) is London-based Laura Barrowman, who runs its 12,000 IT staff globally. Credit Suisse’s head of technology, data and infrastructure for the investment bank is New York-based Radhika Venkatraman, who oversees a team of 10,000 data science and technology professionals.

Hannaford has worked in banking technology since 1992. In a podcast two years ago, she lamented the fact that technology used to be seen as a great career for women, but that this somehow changed. History has been edited, said Hannaford: “In the ’50s and ’60s and the first computers, the data operators were women and data programming then was really programming in today’s terms – in fact a harder form of programming than we do today.”

As more and more senior women occupy prominent positions in banking technology, this might change again. Both Hannaford and Barrowman are examples of the advantages of pursuing a career within one firm (something that’s sometimes seen as disadvantageous for women who are ‘too loyal’) – Hannaford spent 24 years at Goldman and Barrowman has spent nearly 27 years at CS. However, Venkatraman joined Credit Suisse from Verizon in 2017.

Credit Suisse isn’t the only bank with senior women in prominent technology roles. – JPMorgan’s technology function is run by Lori Beer. Goldman Sachs has replaced Hannaford with Francois Rigou, a male technology MD in Hong Kong, and Orla Dunne, the female partner who helped the firm navigate the pandemic. Shubha Iyer in Bangalore has also been made head of global operational resilience engineering.

Hannaford told Yahoo in 2019 that she’d had a lot of help from women throughout her career. They still help her, she said, adding that one of things she does very well is to mimic people. “If there’s people that I respect, I’ll look at people that they execute their jobs, and I’ll think it’s really interesting,” she said, citing an incredibly calm male colleague who deals very well with pressure. “I am constantly changing and adapting my behaviours based on certain environments,” she said, adding that it takes four weeks to embed a new way of working.