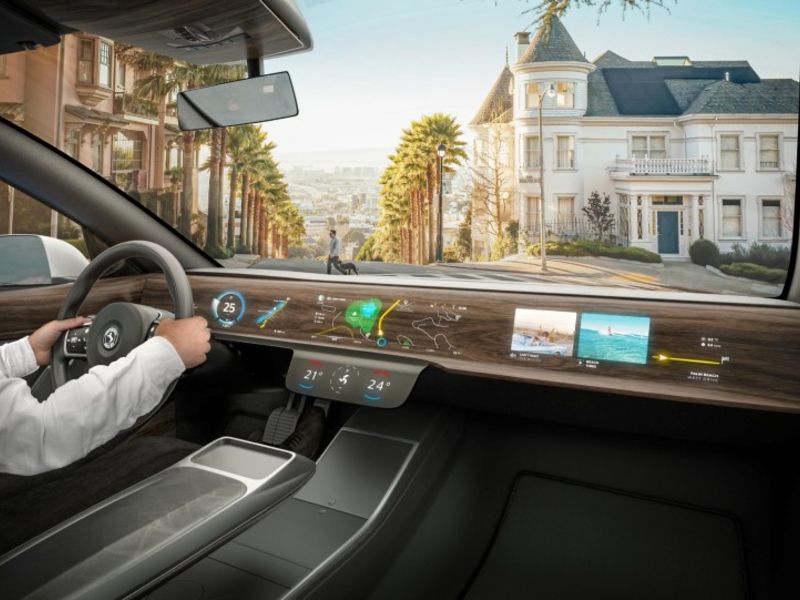 FRANKFURT — For years, automakers and suppliers have proudly showed off the latest interiors technology in the form of more and bigger screens or multi-speaker audio systems.

But a relatively new trend that is just now showing up in cars takes a more discreet approach. “Shy tech,” as it is known, conceals the technology in other objects until it is needed to avoid overloading the driver with too much information.

That can mean screens or control panels that appear to be interior trim pieces. For autonomous vehicles, particularly so-called Level 3 or 4, in which the driver is needed only in emergency situations, the dashboard, steering wheel and pedals could retract into the firewall when the car is driving itself.

Continental is the latest company to bet that its customers are ready to go minimal.

In late October here in Frankfurt, the supplier showed off a number of coming products from its User Experience business sector, including a speakerless audio system for interior and exterior applications, display screens that is hidden behind a dash panel, and a driver-attention monitoring camera integrated into the instrument panel.

BMW showed off the technology in its Vision iNext concept from 2018, with features such as a wood-paneled armrest that functioned as a human-machine interface, or HMI. The automaker debuted shy tech in the 2021 iX full-electric SUV in the form of heated surfaces, hidden speakers and other features.

The interiors supplier Yanfeng is also promoting shy tech. “With all these electronics, features and functions making their way into the interior, there is a real risk of cognitive overload for the user,” Yanfeng Automotive CTO Han Hendricks told Automotive News last month.

In Continental’s ShyTech display, a semi-transparent surface material can be made to resemble wood grain, carbon fiber or even leather. Screens and controls can be called up by a wave of a hand, voice control or by tapping the screen surface.

If desired, the ShyTech display can span the width of the dashboard, Continental says. It also allows screens to be placed anywhere in the cabin with adding distractions, and safety is improved because there are less reflections from screen surfaces.

“You don’t want to overload the driver with too much information,” Kai Hohmann, product manager for display solutions at Continental, said at the supplier’s TechDay event in Frankfurt. He added that the ShyTech display could be combined with a head-up display to create a sleek, minimalist cabin design.

The ShyTech display is due to appear in series production in 2023, Hohmann said.

In another contribution to eliminating visual clutter, Continental is also offering an integrated driver attentiveness camera that is embedded into the instrument panel trim. Current cameras appear as small domed devices, generally mounted at the bottom of the instrument panel.

Continental is particularly proud of its Act2ated Sound system, which has been in development for five years and builds on data from noise, vibration and harshness (NVH) suppression. Early versions of the system have been shown in recent years, including at the 2020 CES show, but Continental now says that series production could start as soon as 2023.

Actuators are placed behind panels, causing them to vibrate at a desired frequency similar to a stringed instrument, eliminating the need for conventional speakers. This results in a more immersive experience, Continental says – and saves up to 90 percent of the installation space and weight, which is particularly important for electric vehicles. For example, a Cadillac Escalade can be ordered with 36 separate speakers.

The greatest weight and space savings can come from eliminating the subwoofer, Continental engineers said. Actuators placed on rigid panels or the firewall can generate the low frequency sound – from 20 to 30 Hz — of deep bass.

The technology can also be used to generate sounds heard by passers-by, to warn them of an electric vehicle’s approach. The EU currently requires that EVs emit a sound under 20 kph; that entails mounting speakers at various points.

But in a demonstration vehicle, Continental placed actuators behind body panels, which vibrated to emit sounds that could be heard around the vehicle.