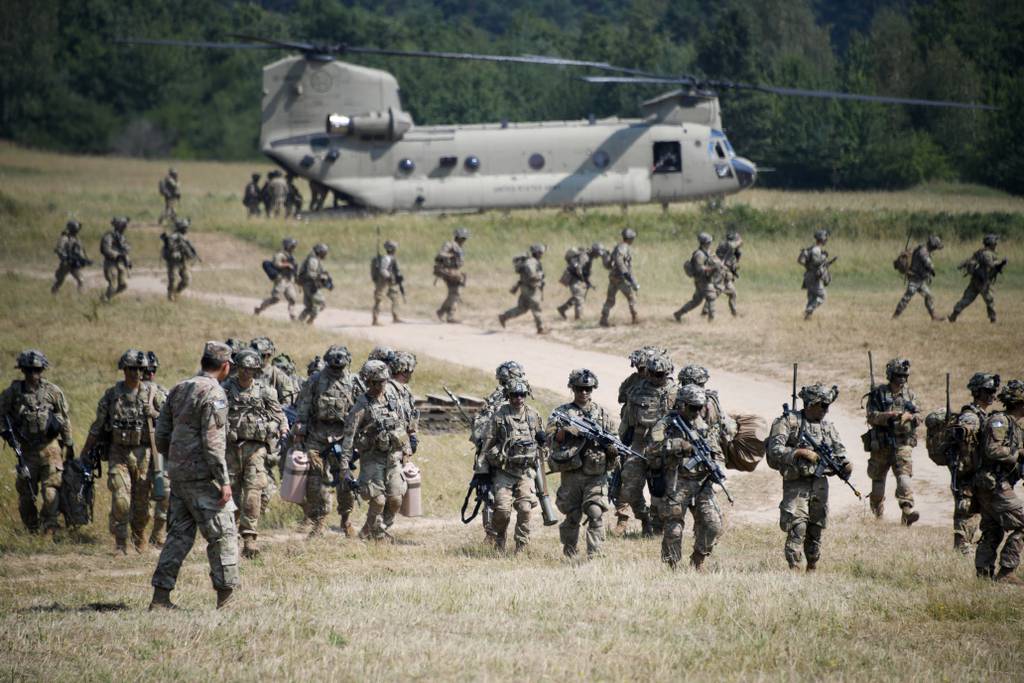 WASHINGTON — While “great power competition” and “strategic competition” are more recent watchwords ringing through the halls of the Pentagon, competition is nothing new to the soldiers of the Bavaria, Germany-based 7th Army Training Command.

“[We’ve been competing] from 2014 right on, with Crimea — or you can even go back to 2007-2008, [with the] Georgia invasion [and] Estonia cyberattack,” 7th ATC commander Brig. Gen. Joseph Hilbert told Army Times. “So we’ve certainly been in a competitive space for a while.”

As Hilbert sees it, “training is competition,” and the 7th ATC is uniquely situated and resourced to be the locus of the Army’s competitive efforts in Europe.

“It’s building readiness in the formations that are here, making sure that they’re ready for anything … in support of the United States or NATO,” Hilbert said. “There’s a deterrent effect when you’re prepared, [and] we know that deterrence is part of competition.”

The Pentagon’s embrace of competition as the driving principle of its strategic posture has seen the 7th ATC’s relevance dramatically increase.

“I’ve seen a surge in demand,” said Hilbert, adding that his resources have increased as part of the European Defense Initiative.

The command’s simulation center played a key role in this spring’s V Corps command post exercise. The Army reactivated the Europe-focused command at Fort Knox, Kentucky, last year to help with the service’s efforts to compete in Europe.

“Being forward in the competitive space gives us a real appreciation for what the competition looks like,” Hilbert said.

For instance, he explained, the command can train with partner forces on the very terrain where a potential conflict would take place.

One unique feature of the command’s multinational approach moving forward, according to Hilbert, is the ability for U.S. service members to learn from partner forces who are competing — and sometimes fighting — with Russia in real time. Some European partners remain bogged down in frozen conflicts in Ukraine and Georgia.

“You’re able to have that first-hand dialogue with someone who’s been in the environment, with somebody who has found … different tactics that work,” Hilbert said. “[We] learn from the Ukrainians who’ve come out of the Donbass … and they are absolutely sharing with us some of the successes and failures that they’ve experienced — good lessons and bad that we’re able to incorporate into [our training].

“We are the heart of readiness in Europe.”

Davis Winkie is a staff reporter covering the Army. He originally joined Military Times as a reporting intern in 2020. Before journalism, Davis worked as a military historian. He is also a human resources officer in the Army National Guard.