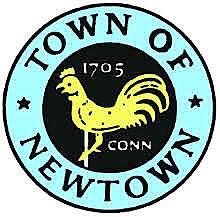 The Newtown Commission on Aging (COA) hosted a special meeting on June 28 in the council chambers at the municipal center, and offered a call-in option for remote participants.

COA Chair Anna Wiedemann announced that Mary Salley, who is the new director at Nunnawauk Meadows, was unable to attend the meeting and will be put on the commission’s July agenda.

In Newtown Director of Human Services Natalie Jackson’s report, she announced that the COVID-19 restrictions are lessening and allowing for more programs to be brought back inside the Newtown Senior Center.

“For a couple weeks now, we’ve had several activity rooms filled at one time with people in and out bustling around, so it’s been really great to have folks coming back in,” Jackson said. “We are still continuing to do everything we can in a virtual format simultaneously — so our Lunch & Learns, our presentations, the Health & Wellness classes are able to stream while we are also in-house.”

She believes that having a hybrid option is allowing more members to be engaged and involved with the programming that is available.

Jackson spoke about anticipating a “great afternoon” on July 2 with the Newtown Senior Center and Newtown Parks & Recreation Independence Day celebration. It will feature live music by the Survivors Swing Band, and the Super Duper Weenie Truck will be on site for lunch.

It was noted, too, that Jennifer Cebry, who shares program coordinator duties for the Newtown Community Center and senior center, will be leaving for early retirement. The interviewing process to fill the position has already begun.

Wiedemann brought up the next agenda item about purchasing a $100 Amazon gift card for Zach Macey, a young adult who has been assisting COA member Larry Passaro with his presentations.

Passaro explained that not only has Macey helped him with multiple presentations, but that before the pandemic Macey was at the senior center “one day a week in the lobby assisting any senior with technical support on iPad, iPhone, laptop.”

When it was brought up that there are many local shops in town where they could get a gift card for him as a thank you, Wiedemann said that Macey’s family let her know that he preferred Amazon, so he can purchase books for college.

The motion was passed to get the $100 Amazon gift card.

The COA also discussed how much money should be allotted to treat the members of the senior center’s crafting group to lunch.

Commission members voiced that the crafting group has been working really hard.

Wiedemann mentioned looking into which local restaurants were available for lunch and what an appropriate price would be for each person for a meal.

A motion was then passed to allocate up to $350 for the eight to ten members who are part of the group to go to lunch.

During the Treasurer’s Report, Passaro mentioned that this would be the last report for their fiscal year. He detailed that a pool table has been paid for at a price of $3,149.

“Every time I’ve been to the senior center, there’s at least four, typically five, guys there every day shooting pool, so [the pool table] is getting issues [from so much use],” Passaro said of why the new pool table was needed.

Another recreational purchase was a puzzle table, which came from Wayfair for $355.20. It was noted that the group will be working on getting a plaque for it in memory of Robert “Bob” Sharpe, a very active member of the senior center who passed away in April 2020.

Alissa Silber can be contacted at alissa@thebee.com.