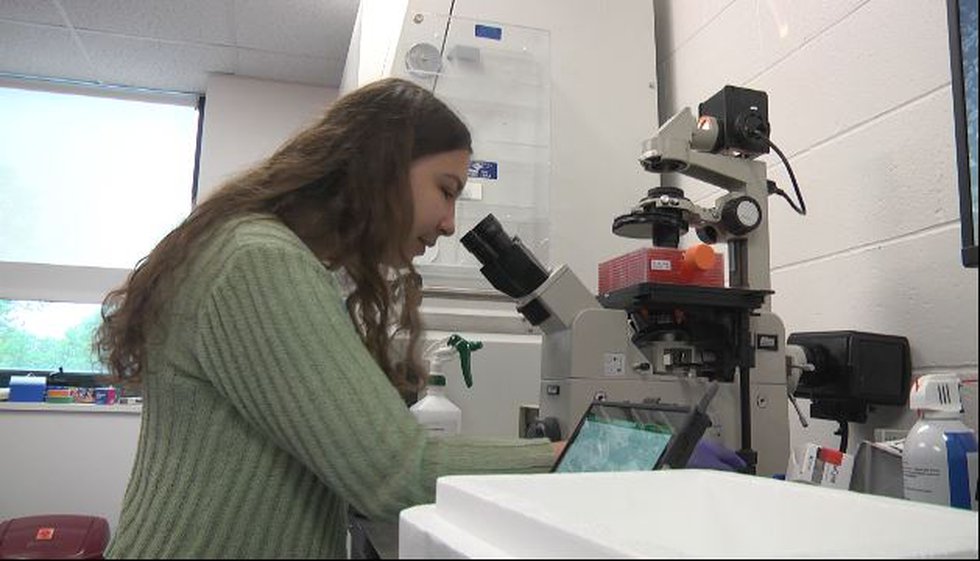 POTSDAM, New York (WWNY) – A biotech company and Clarkson University have teamed up and they think it can be the beginning of something big for the north country.

Ichor Therapeutics is doing groundbreaking work in the fight against aging.

“We want to be ambitious. I think that is a part of entrepreneurship. You have to be ambitious,” said Aaron Wolfe, Ichor Therapeutics chief science officer.

The Syracuse-area company, which is developing a new class of drugs, has moved a division to Clarkson University’s North Country Incubator in Potsdam.

Ichor Therapeutics’ drugs may someday fight aging. But walking around there can make you feel old. Olivia was hired as an intern at just 16. RJ met the CEO online and drove from Texas to take the job.

“I think young people in general are excited about doing things that are new – that haven’t been done before. I think it has an era of exploration to it that is lacking in a lot of aspects of modern life,” said Wolfe.

Ichor has installed $2 million in lab equipment. It will help provide internships and hands-on experience for students at Clarkson’s new Lewis School for Health Sciences.

“It’s one thing to show a student on a slide what that process is. It’s another to walk them into a building and show them happening in real time,” said Lenn Johns, Lewis School for Health Sciences dean.

Eight employees and a few interns are on board. More are coming. Ichor also plans to bring in other biotech companies. It’s being heralded as a “biotechnology cluster.”

In some ways, this is all part of a larger experiment. Many tech companies today are taking a hard look at relocating to small towns or even rural America. Now, Ichor is part of that experiment.

Ichor would like to replicate the success of startup LC Drives at the incubator. It now employs more than 100 people, who are building revolutionary electric motors. It hopes to build its own manufacturing plant north of the village.