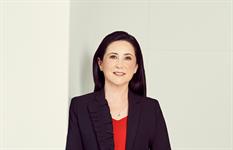 Citi EVP for global public affairs Ed Skyler, to whom Lowney reports, said the role is “essentially” the job he had when he joined Citi in 2010. Over time, he added, a lot of the responsibilities shifted to Lowney.

“[Lowney] has done a tremendous job joining the firm, and she’s more than prepared to take on these additional responsibilities, “ he said.

Lowney joined Citi from Brunswick Group in 2014 to serve as head of corporate comms. In February, Kara Findlay assumed that position.

In 2020, Lowney’s role expanded to include comms for the global consumer banking team, the institutional clients group group, the internal comms team and the social media unit. In her new role, she will oversee all of Citi’s comms, including regional efforts.

Citi’s global comms leadership, such as Richard Tesvich in Asia-Pacific, Jeff French in Europe, the Middle East and Africa, Dan Diaz in Latin America and their respective teams will report to Lowney.

“The work they do closely compliments the objectives of our colleague and client services and [environmental, social and governance] teams so I see them seamlessly blending into [global public affairs],” Skyler said in an internal memo seen by PRWeek.

Skyler cited the transition as the catalyst behind Lowney’s promotion.

“With new groups joining our team, it is also critical that we assess our structure and make sure we are operating as effectively as we can, given the range of stakeholders we serve and the urgency with which many of the issues we manage materialize,” he said.

Lowney was a member of PRWeek’s Hall of Femme class in 2020.

Citi reported $19.6 billion in revenue during Q2, up 11% from the same period last year, surpassing analysts’ expectations. However, the investment banking company’s net income dropped 27% to $4.5 billion, compared to Q2 2021.

Have you registered with us yet?